How to Play Awesome Volleyball 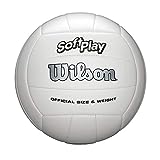 One of my favourite summer activities is beach volleyball. I usually play at either an intermediate or competitive level but public leagues also offer a recreational level for noobs and people who want to get into the sport for the first time. You can play with 2, 4 or 6 people on the court at a time, depending on which style you sign up for. I prefer the 6s most of the time but occasionally fill in for 4s as well.

One of the challenges is forming a team. It’s a good idea to have a couple more people than you actually need because chances are, somebody is going to be absent each week and you can’t rely on everyone being there. There is also (at least with the league I attend) a gender rule about having a minimum of 2 girls on at any given time for a team of 6, so having extra girls on your team will protect you from having to forfeit in the event of an absence.

Once you have your team, you will undoubtedly find yourself faced with another challenge. Unless your team consists of a bunch of avid and experienced volleyball players who’re all pretty “into it”, there are some common mistakes you’ll see again and again. I’m talking about the mistakes that everyone invariably makes and stem from an undeveloped team dynamic. As you get to know your team better and play with them more often, some of these issues will go away. Some other issues will go away as the team’s skill improves. Others still are inherent to some individuals’ personalities and will never get better.

Like all forms of recreation, you don’t need to win to have fun. Having said that, you want to be competitive and you want to feel like your team is reaching its potential. Working together and winning points for your side will bring everyone closer together and you’ll all enjoy yourselves that much more. To that end, here are 8 common problems to look out for and ways you can correct them. These are one man’s opinions, as there are certainly different takes on how to set up your team but I find these pointers work quite well in my games.

Control is everything and you want to not only reach the ball coming your way but to put it somewhere that will help you score a point. Whether this is over the net or in the direction of another teammate, you need good aim. Don’t “fist” the ball, use your knuckles or make some creative shadow puppet with your hands. Volley with all 10 of your fingers or bump the ball between your forearms, just above your wrists. The reason for this is simple. Small contact area between the ball and your body means the ball can deflect in many directions. Using a large flat contact area only allows a limited range of return trajectories. Basically, your forearms are large flat surfaces. Your knuckles are not. Trying to hit a large target in its center with another smaller target requires more precision and therefore is prone to error. That’s why volleys and bumps are more reliable than punches. Try to encourage these standard return techniques and you won’t lose unnecessary points.

In my experience, being out of position causes a lot of lost points. The ball falls short or goes over someone’s head and they wonder why they couldn’t get to it. There are 3 things one must appreciate about how our bodies work. Enter anthropometric principles.

a) Most peoples’ limbs articulate forward and down better than they articulate backwards and up. That’s why a ball flying high at you is somewhat harder to deal with than the ones that target the lower half of your body

b) Most people can change their position in a forward direction more rapidly than in a backward direction because back-pedaling (especially in sand) is awkward.

c) Many lost points in a game result from someone having to make an awkward movement all of a sudden to reach a ball that wasn’t easily returnable from their current position.

Based on all of this, think of your half of the court as a rectangle. Now divide that rectangle into 6 equal sections of a 3 x 2 grid (each section will also be a rectangle). Particularly if your opponents are serving to you, there are a limited number of trajectories the ball can possibly take and most will be shallow and fast, which means there's less of a chance of the ball falling just over the net but instead most shots will fall in the back 2/3 of the court. You will want to have both the front and back row biased slightly back of center in their respective spaces so they can run forward to reach short balls. Long balls will either go out of bounds or will be comfortable to return at your current position. After returning the initial serve, everyone should adjust slightly forward since subsequent trajectories will begin from inside the opposing court and won't favour the back of your court quite as much as they did during the serve.

3. Paying attention to the play

Sometimes a player will pull off an amazing return and fall down or stumble out of position or something like that. Sometimes that player will temporarily be unaware that the play is still live and that they need to get back in position quickly because they just did something awesome and they’re digesting that in their head. All players on a team should remind themselves that they need to be constantly alert and in position, at least until the play ends. If you have to run 1 court over to save a ball your buddy knocked out of play, don’t casually walk back to the court after you’ve done your part ;) Stay alert out there!

I’ve had players push the 3-play on the team, saying we should always be doing the return-set-spike pattern every time the ball comes over the net. While this is a good technique to practice off the court and while it does prove very effective when done correctly, there are times when you just can’t do it properly. The other team won’t just hand the ball to you on a silver platter and attempting to play the ball 3 times before putting it over "can" add unnecessary risk to the play. Simply put, the more time the ball remains on your side of the net, the more likely you will lose the point because you are creating more opportunities to screw up. Only use a technique if it provides a clear tactical advantage. The 3-play will provide you with a tactical advantage if all players are skilled enough to execute it consistently AND if all players involved in the 3-play are sufficiently well located and ready to pull it off. Great etiquette but as always, use at your discretion.

5. Holes on the court

Players have minds of their own and in the heat of a game, they tend to wander around the court, playing out of position and leaving “holes” that the other team can exploit. A keen player will serve the ball in an area with a hole because he knows that player isn’t covering his turf effectively and will likely make a mistake trying to get to the ball. There are volleyball formations that distribute players unevenly for a reason but most teams playing for fun have neither the skill nor the communication to pull them off correctly AND consistently, so spreading out your team symmetrically will ensure that there are no holes for the other team to exploit. Keeping those positions will be the biggest challenge as the game progresses but it’ll pay off in the end. Mathematically speaking, arranging your players like beer cans in a 6-pack is the most geometrically even formation and minimizes the responsibility for each player. Any deviation from this arrangement should be done with the utmost caution because unless you have a cohesive group who can adapt readily, you WILL be making your side more vulnerable to exploitation.

Conversely, if you see a hole on the other side, aim for it! If you see a player who is weak, aim for him! If you see the other team setting up for a spike, block it or if someone else is blocking it, cover the area he’s abandoning. Then get back in position until the play ends.

As a general rule, the back row should expect most of the serves to come to them and should therefore accept responsibility for the return unless the ball falls far too short for the back row to reasonably get to. Why? Because 1) Serve trajectories tend to be longer and flatter, thus targetting the back 2/3 of the court and 2) the ball is moving "towards" the back row and "away" from the front row in most cases. There should never be a time when nobody goes for the ball because they expect someone else to get it. To eliminate any confusion, we call out “Mine!” to take responsibility for a given play. The worst case scenario should be that both a person from the front and back row call the ball and both go for it, collide and lose the point. It’s better to do that than let the ball drop in the sand between 2 people who are staring at each other with a puzzled look on their faces.

Don’t do it :) It’s against the rules to touch the net during play and you’ll lose the point as a result. When this happens it’s usually because somebody got too ambitious and wanted to really nail the ball or they tried to block the other team by swinging their arms over the net to effectively “stuff” the ball back at them. Be aware of your body and where it is. Be aware of the net and where it is. With practice, it will become second nature.

Everybody has different athletic ability, different strengths, different weaknesses. Putting 3 players next to each other who have the same weakness is like having a big hole on the court (see number 5). If you know you have players who can’t return the ball, stagger them with stronger players who can provide support if necessary. Be aware that putting 3 short players in a row will create a problem when they are all in the front row because they will have a harder time blocking and spiking than an equally skilled but taller trio. In short, size up your team members and try not to clump similar people together. Homogeneity will make your team equally strong in any rotation.

Most of these pointers are geared for a team of 6 but they can also be modified to suit a team of 4 or even 2 in some cases. What’s important is that you’re aware of what mistakes to expect and why they tend to happen. Having a cohesive team who are supportive of each other and motivated is very important so if you have to speak up with advice on how to correct a pattern you’re seeing, it’s good to understand it first so you can choose your words wisely. You don’t want to insult anyone or kill morale but don’t be afraid to provide feedback. Feedback is neither negative nor positive. It simply is. It’s how you deliver it in a meaningful and constructive way that will make your team stronger.

If you're in the GTA, hit up Ashbridges Bay!