Walt Disney World During the Holidays

All of the Disney resorts do something for the holiday season. All of them. Some of the resorts have a plethora of Christmas trees and garland. These decorations are not your traditional Christmas ornaments and lights. Just like how the resorts all have their own themes so do their Christmas decorations.

At the Yacht club the tree and all of the garland in the lobby have different boats and ships has the ornaments. At Animal Kingdom Lodge the trees are adorned with African animals and different tribal objects. At the Grand Floridian different elegant birds decorate the tree. Many of the resorts even have Christmas lights and garland on the grounds around the resort and at the entry sign. The Old Key West resort has two pelicans with Christmas ornaments int their mouths greeting guests as they enter the resort, while Animal Kingdom Lodge has two giraffes. What I loved about the giraffes is at night they are light up with orange and yellow lights so that they really look like giraffes.

Gingerbread Art at the Resorts

The Gingerbread Carousel at Beach Club

Of course its not just Christmas that is represented in the holiday decorations. The Jewish faith is presented in the form of menorahs and dreidels. There is also blue and white, typically associated with the Jewish faith, in many locations. One of the most prominent displays is at Disney's Hollywood Studios. There is an entire sections of the Osborne Family Spectacle of Dancing Lights that is for Hanukkah. 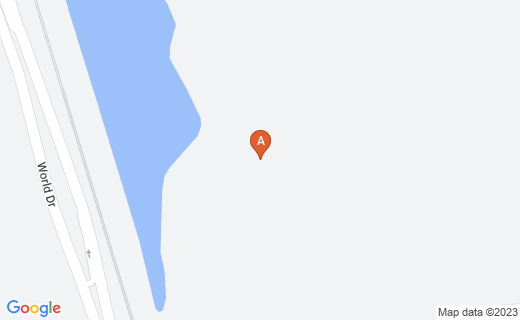 Pro's and Con's of Visiting During the Holidays

Each theme park has its own set of Christmas decorations. The Magic Kingdom has classic traditional Christmas decorations with a little Disney twist. Animal Kingdom has the least amount of Christmas decorations. Why is that? Think about it. It doesn't exactly go with the theme of the park. Sure you will see garland adorned with different animals at the front of the park and near some of the shops, but you will not see any in Africa or Asia. At EPCOT you can experience Christmas around the world. Each of the countries celebrates Christmas in their own way and they decorate to show it. They also have demonstrations to show how their culture celebrates the day. Disney's Hollywood Studios has decorations to go with the different themes of the park, but all have a classic Hollywood feel.

Would You Visit Walt Disney World During the Holiday Season?

Some of the theme parks even have night shows to go with the Holidays. At the Magic Kingdom you can see Elsa, Anna, and other favorites from Frozen light the lights on Cinderella Castle. The show is a little cheesy to be completely honest, but then again a lot of Disney shows are. The cheesiness makes it fun, in my opinion. The castle is light in millions of LED lights and looks like it has been covered in ice.

One of my favorite Holiday displays is at Disney's Hollywood Studios. The Osborne Family Spectacle of Dancing Lights is a display of millions of lights that are set to Christmas music. The display grows and changes every year. There is even snow that falls as you walk down the city streets. Word of warning: its not real snow so don't try to eat it. Trust me you will regret tasting it. The lights themselves are well worth staying at the park until close. And that is saying something. (If you have read any of my other articles you will know that this is my least favorite of the parks.)

The Candlelight Processional is on of the highlights of the holiday season at EPCOT. The Voices of Liberty, a group of Disney cast members, a large group of high school students, and a full orchestra perform classic Christmas songs live. To make it even better Disney brings in a celebrity moderator to read various Bible passages in between Christmas songs. I've been a performer and a member of the audience and I can tell you from experience that you want to see this show. I strongly recommend using the dining program to receive seating since this show is so popular and seating fills up quickly. For more information give 1-800-WDW-Dine and call.

Sadly, 2015 was the last year for the Osborne Family Spectacle of Dancing Lights. Disney has not yet announced what will replace this much loved attraction, but I can only hope that it will I've up to its predecessor. I will keep you informed as soon as I find out more.

Honestly one of the reasons I love it all so much is because you can get that Christmas feel and enjoy the warm Florida weather. All in all it just makes Christmas feel a little more magical. Disney magical that is.