West Indies Cricket is in serious mess, considering the fact that they have dropped the two most lethal weapons from their ICC ODI World Cup 2015 squad. Dwayne Bravo and Kieron Pollard should have been in their world cup squad but frequent payment dispute between the West Indies board and the players has led to the sacking of both these stalwarts from the world cup squad.

One could see the repercussions of their sacking in the first match of the ODI world cup against the minnows Ireland. Though the West Indians made a big total but that was only after their top order had failed terribly and the lower order came to their rescue.

Considering the fact that the cricket world cup comes only once in 4 years, the West Indies cricket board should have selected Dwayne Bravo and Kieron Pollard because they are match winners and everyone knows that. These 2 players can bat as well as bowl and this will seriously prove costly for the West Indies cricket and their fans.

The destructive Chris Gayle has openly expressed shock and anguish on the sacking of Dwayne Bravo and Kieron Pollard from the ICC ODI World Cup 2015 squad.

May be, the West Indies board was right in sacking both these players because they led a revolt which led to abandoning of the ODI series in India and this has placed the board in a possible legal tangle with the Indian Cricket Board.

No one would have thought Ireland could chase down 300+ score with more than 4 overs in the kitty but they stunned the former Wold champs. This only shows that the West Indies players are still not confident about their chances of winning the world cup. If this trend goes on, West Indies might lose more matches in the World Cup without giving any resistance.

They should play to win for their fans and play their brand of attacking cricket which cricket fans love. Being an admirer of West Indies cricket I hope they don’t buckle down easily. 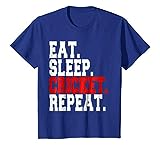