Run bwoy! Run bwoy! The words of every Jamaican whilst they watch Usian Bolt charging down the track in a world record time. After each recent Olympics and world championships we’ve had many sports analyses and scientific researchers traveling to our shores as they fathom the hidden treasures behind the reason as to why Jamaicans seem to be so athletic. I recalled at one point there was a particular clan of researchers that gathered sporadic residents from around the island, just to have them clock individual times (the young and the old) to measure their speeds. I wish I was there!

Can we all run?

Now obviously I’m not the fastest thing in the world, but I’d like to believe that I am at least faster that 90% of the population. I mean come on; if we looked at the facts we would see that 7.1 billion people occupy the world, approximately half are women and another quarter is either over 40 or under 16 years of age. All of which I’m sure I could beat. After all we have the fastest woman in the world, and she clocks 10.70s at her best! The next thing to look at is that some of the fastest athletes come from the island Jamaica regardless of which sport they occupy. Check the facts from some commentators. Cricket, football and etc… This should prove that there is a secret ingredient in our race. Therefore that should eliminate approximately three sixteenth of the population (Just for being Jamaican). What number am I left with (50+25+18.75) = 93.75 %. That’s approximately 444 million. Henceforth I should be able to say that only half a billion of the world’s population can challenge me!

Now before you guys start disagreeing, let me get extremely factual with you. Now I mentioned that there were some researchers coming to our island to demarcate why we run so fast. Let me share some of what they found.

DNA Olympics according to Forbs, the ‘Genetic Lottery’. They try to explain why Jamaicans and the wider Caribbean can run so fast as compared to the rest of the world. They try to make a link between the Caribbean’s African descendants, using where they come from as grounds for why Jamaicans can go so fast. The same is said by many other sites on online. You could check out a couple of them yourself. However there are some men who are more practical, for example Professor Morrisonfrom the University of West Indies believes that it’s just pure dietetics and athletics that drives us. He speaks about the heavy starch found in many Jamaican diets along with their hard work over the years. Champs is a very good example of this handwork; one of the most thrilling and successful track events in the world. This has been going on for 104 years now in the tiny island of Jamaica.

Pride! Every Jamaican is proud of their feet. The young people live amongst terrains that are both apt and luring to gallop along. In the confines of a sport, American’s grow up wanting to play American football, baseball or basketball. But for Jamaican’s they all dream of becoming an athlete at one point. Let me extract an example from the previous paragraph. Champs, one of the core reasons why Jamaicans are fueled to do so well internationally. It enthralls me just to hear the name. It is said by some of our professional athletes (Michael Frater), that once you’ve competed at champs you can compete on any world stage event. I longed for the day that I could breathe in the fiery atmosphere, cement my feet furtively in their blocks with the deafening jeer of a crammed stadium. Pow! The gun goes off and we chase its bullet.

No as I mentioned almost every young boy and girl dreams of running like a Veronica Campbell or an Asafa Powell. It’s not just the dreams that drive us, it’s how we react to them. Here’s an example. I recall a summer in my youth during the 2002 world championships. Boys and the girls everywhere were already on their hands and knees ready to run constantly throughout the day. The dying sun couldn’t stop us. We would always host our mini-Olympics where we competed with each other on the street; clocking times and setting street records. I could recall my street time (SR) at the age of seventeen 10.93s (unprofessionally) on a measured uneven stretch of road (100m), unbeatable to this day. You’ll find young people almost anywhere in the island running to get to a shop or just running for enjoyment; I used to run after cars, just for the fun of it. It pained me however that I was more interested in my book than my legs and so never performed in our high school leagues. This brings me to my next point.

Every day Olympics in Jamaica

How fast do you believe you can run in 100m? 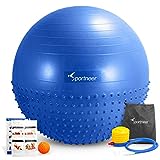 Future Usain Bolts (look them up)

Know these names from now!

Surging athlete – From the street to the track

I want to use the life of one of my favorite athletes to delineate how a child transitions from the streets to the tracks (Yohan Blake).

Yohan Blake was a typical fan of athletics from St. Catherine who like me and many other Jamaicans was involved in a plethora of street races. That was before I knew him but from what I’ve heard he was good.

From there he migrated to St Jago high school because of his talents, even though still a young teenager. It is here his talents were better ornamented with world class training. He quickly began to shine at Champs and captured the class 2 (14-15 years of age) and class 1 (16-19 years of age) records.

Yohan Blake became renowned for one of his famous speeches in class 1 i.e. that he believed that he could beat Asafa Powell’s then record at 9.75. But this he soon did as he came second to the great Usain Bolt at 9.69s in the 2012 Olympics, and that’s after defeating him twice at the Jamaica National Championship. Today he is now the second fastest man in the history of the world (both 100m and 200m). He started as a Jamaican dreamer. Read about Jamaican Professional athletes in my next hub.

Now do you see what I mean about being able to run faster than 90% of the population? 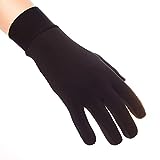 Read my next Hub about Professional athletes