Why the Atlanta Falcons Should Beat the Indianapolis Colts

After the Bye Week

Although the 2015 Atlanta Falcons are sitting at 6-3 after nine games and a bye week, their ability to stack up more wins is being questioned. This is the direct result of poor play over the past four games, that ended in three losses and one close, low-scoring win. To add insult to injury, the teams the Falcons lost to all have losing records and two of them are division rivals. With the bye week now past us, we can only hope that the coaches and the team took a step-back and determined what works, what does not, and what can be fixed.

After a week off from Falcons football, we fans might be experiencing rejuvenated nerves, but most importantly renewed [positive] expectations. Despite performances that were viewed as "slow;" "mistake-prone;" and "disappointing" over the past month, we can see the potential to return to the "fast and physical" team from the beginning of the season. The Falcons have the potential to come out of this bye week and gather another "W" through adjustments and cleaner play. Also, the win-loss records, statistics, and performance rankings from both teams suggest the Falcons have the ability to beat the Colts this coming Sunday.

Who do you think will win on Sunday?

Both the Falcons and the Colts had a bye in Week 10; therefore, each team will be well-rested and ready to add a win. The Falcons have won six games; only one of those wins was to a team with a .500 average. Sadly, their three losses were to teams with three or four total wins. They entered the bye week with two straight losses. However, they do hold the psychological advantage of carrying a winning record and the renewed focus to return to their winning ways.

The Colts have won four games. The sole team they have beat with a winning record is the Broncos, who currently hold a 7-2 record, but have been struggling with an injured quarterback. Unfortunately for the Falcons, the Colts' latest win was directly in front of the bye week, which might bolster the Colts' momentum entering into Sunday's game.

Besides the Falcons' better win to loss record and the Colts' most recent win to a team over .500, there is no definitive difference between the two. Each have played mostly "easy" teams, and each have losses to teams that they simply should not have lost against. Now let's look at the stats for each team over nine games and see if there is something that points to one team over another.

The Falcons have a total of 212 first downs (64 rushing, 132 passing, 16 by penalty); whereas, the Colts have 189 first downs (48 rushing, 114 passing, 27 by penalty). The Falcons must reduce their penalties to keep the Colts from taking advantage, as they have in the past. Of course, there are some penalties that come from being aggressive and benefit the Falcons, but penalties such as jumping too soon or holding calls, on opponents' third down, need to be eliminated. Each team is making less than half of their third down conversions, but the Falcons are fairing better. Changing their plays up to decrease predictability will give them more success on those downs. As far as fourth downs, the Falcons are not only trying them more frequently, they are succeeding more often. I don't know about you, but I like this change from last year! The Falcons are achieving substantially more rushing and passing yards than the Colts, as well as completing more passes with fewer attempts. The Colts have made more passing touchdowns; whereas, the Falcons have made more rushing and defensive touchdowns.

The Falcons need to improve upon their red zone performance. Relying on field goals (14 of 17 attempts) has been a detriment to each game in their season thus far. I cannot say whether the coach made the right decision at the end of the 49ers game, but in red zone situations, you have to trust more in your offense with the many weapons you possess. The Colts (11 of 13 attempts) have relied slightly less on field goals than the Falcons; therefore, the Falcons' defense needs to step it up when the Colts are in the red zone and expect they are going to go for it. Finally, improving our pass rush/sacks on opposing quarterbacks would be a huge boost for our team; the Falcons have had 10 total sacks this season compared to the Colts' 13 sacks. The offensive line needs to wake up against the Colts, as they are coming for Matt Ryan and have been more successful in the past. 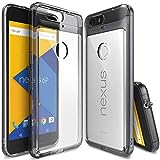 The week after the bye saw the return of many injured Falcons players. All of those players are considered probable for the Colts game. There is one Falcons' player who has been ruled out for this Sunday's game, S Robenson Therezie. The Colts team are not as fortunate with WR Phillip Dorsett, QB Andrew Luck, and S Mike Adams all ruled out. LB Josh McNary is considered questionable with a groin injury. With a healthy Falcons team and plenty of rest during the bye week, along with necessary play adjustments, the Falcons should rise up and grab the win.