FIFA World Cup is an abbreviation that stands for Fédération Internationale de Football Association (FIFA), the global governing body for men’s Football World Cup or Soccer World Cup. The body was formed in 1930 and currently has 204 teams for qualifiers matches and 32 teams for the finals.

The FIFA World Cup championships has been awarded once every four years since the first tournament in 1930 but in the year 1942 and 1946, the  Football World Cup tournament did not take place because of the World War II.

History of World Cup Winners Since 1930

Below is a table listing the world cup winners since 1930. The list shows the winning team, the host country, the runners-up and the final scores.

The FIFA World Cup is the world’s most viewed game or sporting event with a cumulative estimated view of 30 billion plus views. If you are a great fan of FIFA world cup like me, I am posting below an excel template which has FIFA World Cup 2010 Schedules – and World Cup Scores Spread Sheet for you to have. This analysis worksheet should help you analyzing your best teams before they play their matches. You can download this free World Cup 2010 Schedule and Scoresheet here. It is a small file of 177 KB and should work just fine in your MS Excel.

As you can see from the image below, the template is well designed to fit on your screen and will also fit well in an A4 paper and letter paper sizes when printed. There are score boxes with blue color in the cells for you to insert the scores either actual or imaginary and the template will rank the teams that qualify to the next round after their group matches.

Group Stage and Knock Out Round

This FIFA World Cup 2010 Schedules and World Cup Scores Spread Sheet in Excel has been configured to accommodate 34 different languages and 139 cities time zones so that many football fans can be able to use it. This scores sheet has two big parts: - the group stage part and the knock out round part. Fill the blue boxes in all the 48 group matches with the real or your prediction score results and the group standing table next to group matches table will adjust accordingly based on what you have inputted.

Play around with this FIFA World Cup 2010 Schedules and World Cup Scores SpreadSheet in Excel by putting different scenarios as you analyze your best teams before they play their matches.

Good luck to FIFA World Cup 2010 in South Africa and may the best team win. 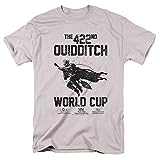 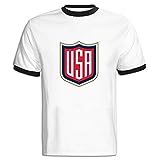 Countries That Have Ever Participated In the FIFA World Cup

And here below is a list of Countries that have ever participated in the FIFA World Cup since inception.