NBA fans, you now know where LeBron James will play basketball next season.  In an embarrassing and overly dramatic prime-time broadcast on ESPN, James announced he would go to South Beach, Florida and sign with the Miami Heat.  James tried to appear diplomatic and respectful toward Cleveland, but far too many references to what he did for the Cavaliers larded his rhetoric.  He was treated in kind, with Cavs management insisting he gave up in the 2010 playoffs and fans burning his jersey in anger.  James could have avoided such acrimony by handling his departure in a different way; the ESPN broadcast and the total secrecy such an event requires was unnecessary.

In the end, LeBron James cast his lot with fellow free agents Dwayne Wade and Chris Bosh.  These three and point guard Mario Chalmers are the only players currently on the roster.  James expressed hope that players might be convinced to take a pay cut and join him in his quest for a title, but I am forced to wonder why anyone would do this.  Being a teammate to the “big three” on the Heat will be a thankless job, and I am skeptical that many NBA players will be willing to take a pay cut to rebound and defend for Wade and the rest.  If the Heat won a title, they would be forgotten men—it will be all about James.  Veterans willing to take a pay cut to play for a winner will be more apt to sign with Chicago, Boston or Orlando, where the pressure is less and the teams have more than three good players. 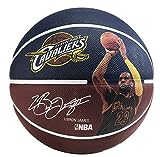 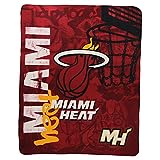 What can fans expect?

What will the Miami Heat look like for the 2010-2011 season? Currently they have Bosh and James at forward with Wade and Chalmers at guard. No one else is on the roster, which might be an NBA first. There is no more money to offer free agents and the Heat have no players to trade, so they will have to look for “bargain” players: undrafted player like ex-Jayhawk Sherron Collins, underachievers like Bill Walker or overachievers such as Chris Duhon (I’m not saying these guys are available—only that these are the type of players that will be available). The Heat might look to Europe or the NBA Developmental league and dig up a player like J.R. Giddens, or they could look to sign a fringe player in the mold of ex-Cavalier Darnell Jackson. This is the type of talent that will be available unless they are willing to look at guys like Gilbert Arenas or Allen Iverson.

What will this mean? Let’s consider what the Miami Heat might be like, on offense, defense and in the locker room.

The days of James and Wade driving to the hoop and making spectacular shots might well become a fond and distant memory. Both players like to have the ball, and neither is known for their abilities without the ball in their hands. I am skeptical that LeBron or Dwayne will work without the ball unless it is in the hopes of being on the receiving end of an alley-oop play. As a result, they will find themselves facing zone defenses and being forced to shoot from long range.

ESPN analysts considered the possibility that James’ creativity as a passer will be more in evidence while playing with Wade and Bosh, but will he pass to Mario Chalmers or the other still-unknown players that will join him on the court? Defenses won’t lose track of Wade and Bosh, and he will frequently be forced to pass into heavy traffic unless he’s willing to throw the ball to a Bill Walker or J.R. Giddens.

Bosh is creative inside, but he is not a center. What will James and Bosh do in the paint against bigger, stronger players? They will certainly get good rebounding numbers, but the effort will take its toll on their bodies. James expressed the hope of playing fewer minutes when he is teamed with Wade and Bosh, but who will the Heat send into the game to replace him? It looks as if the “big three” will play more minutes than ever and take more of a beating inside.

Miami opponents will have a fun choice to make when facing Miami’s defense: will they attack the weaker, less-skilled opponents that won’t have the ability to defend on a high level, or will they take the ball at Miami’s superstars with the intention of wearing them out or getting them in foul trouble? Both choices are so appealing, it is difficult to know what Miami will face more. Bosh, Wade and James are good defenders and sometimes spectacular on the defensive end of the court, but that isn’t where their reputations were made. Mario Chalmers has long arms and can pressure an opposing point guard, but that won’t help much. Who will shut down the middle and grab tough rebounds? Who is going to be the shot-blocker? Who will sacrifice their body one night banging against Dwight Howard or Shaquille O’Neal, and then defend skilled big men like Tim Duncan or Pau Gasol twenty-four hours later? If the answer is Chris Bosh, somebody should tell him because I don’t believe that’s what he signed up for.

Can Dwayne Wade and LeBron James play together throughout the course of an 82-game season? Their games are very much alike, and while they both will say the right things and claim a willingness to do whatever their coach demands, what will happen if they are not seen as equals on the court? Julius Erving and George McGinnis played together for the Philadelphia 76ers in the late 70’s, but they couldn’t win the title until Big George was shipped out in exchange for the unassuming Bobby Jones. What will happen if James and Wade aren’t a good team? Will Bosh find himself wondering aloud what his role on the team is, particularly if he is forced to act as a rebounder and defender?

How will Mario Chalmers and other players of lesser talent be treated? Will they be criticized if they can’t hit the 2-3 shots per game they will be graciously allowed? Will the stars berate them on the court or in the locker room if they try to make a play for themselves instead of giving James or Wade the ball and getting out of the way? Will these role players also be criticized if they can’t defend opponents of far greater ability? Will the “big three” start to complain to the press that they don’t have the help they need to compete for a title? The inequity of this situation is so extreme, it will be a miracle if the “haves” and the “have-nots” can coexist.

Finally, what if they don’t win? If they don’t have the talent or the chemistry isn’t there, who will take responsibility for losing? Will they be able to remain cooperative with each other, or will we see the second coming of Shaquille O’Neal and Kobe Bryant?

However this plays out, it will be good for the NBA.  When Miami plays in Cleveland, we can be certain the television cameras will be there.  New York, Chicago and New Jersey will be gunning for the Heat, as well.  These games will be filled with the drama and intrigue that fans love.  If the Heat can actually win a title, the cameras will be there to document the vindication of LeBron James.  If the Heat can’t win, there will be endless speculation about what went wrong and the impact another failure will have on James’ career.  If this team fails to produce championships, it will likely signal the end of Pat Riley as an NBA executive—no team President or General Manager has ever taken so big a risk.

Whatever happens, sports fans everywhere will be watching, and the NBA couldn’t be happier.

Read more articles about the NBA and its players

What do you think about LeBron James' decision?

Will LeBron James and the Miami Heat be a dominant team next season? 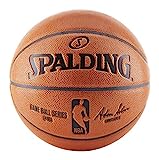