Moving from the Spurs to Seattle for Clint Dempsey

Some questioned Clint Dempsey's move from the Tottenham Hotspur Football Club to play with the Seattle Sounders in MLS (Major League Soccer). He had even question himself if he had made the right move. With two years left on his contract with Tottenham, a $9 million dollar transfer fee was worked out. Signed on as a "designated player" to the Seattle Sounders, $32 million will be dished out to Dempsey over a three and a half year period.

At Seattle, Dempsey figures that he will have more freedom to with the soccer ball and try new techniques.

Wall decals and other soccer memorabilia are featured here for those soccer lovers who want to spruce up their rooms.

Photo Credit: Clint Dempsey vs Belgium on Wikipedia (CC BY 2.0).

Great expression in this photo print 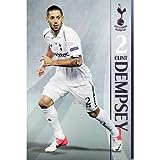 Is Dempsey's move from Spurs to Seattle good for the U.S. National Team?

Jurgen Klinsmann, the German genius, might not have loved Dempsey's move to MLS. Moving from Premier League to MLS is a major step down for the skipper of the United States National Team. While Michael Bradley was considered to be the best choice for the position, the 30-year-old was given the captain's armband in March 2013. When asked why Deuce was chosen as the captain of the USMNT, the German coach replied, "This is one of the reasons why I made him captain, because the players look at him, they see this kind of hunger and they see this drive."

Klinsmann also described the ex-Spurs player to be one of the best players in US history. But his transfer to Seattle Sounders FC has sparked a big debate among followers of the USMNT. Dempsey, who left Furman University's men's soccer team last year in order to play Champions League football, has officially given up his dream. Indeed this is a great signing for MLS and Seattle but it is a fact that MLS does not offer the same level of play as EPL.

Clint Dempsey made 22 starts for Tottenham last season, all in all making 29 appearances in his last season in Premier League. He netted 7 goals in the league and he did it by making 2.4 shots per game. He was the third highest goal scorer for the side, after Gareth Bale and Jermain Defoe. He also delivered 33 key passes last season. His passing accuracy was also good and had a completion rate of 81.3 percent.

But Clint Dempsey could have seen the bench more than ever this season. It is an important season for all the players as everyone would want to prove their fitness for the World Cup. Dempsey would get more playing time at Seattle. This might prove to be a blessing in disguise. Still the coach Jurgen Klinsmann would have preferred that the striker had rather moved to Everton than Seattle.

Soccer on the Floor 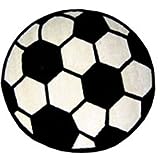 Soccer for the Walls 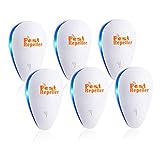 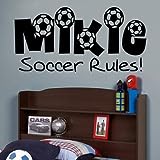 Turn An Ordinary Wall Into a Fun Sports Wall

Here are some soccer wall decals for your favorite soccer player boy, girl or adult. Find many more on Amazon. Some of these decals offer you to customize it with your child's (or your) name and player number.

Soccer was not as important of a sport when I was growing up. But now it is one of the most popular sports among young people and even adults. This is an activity that nearly all elementary to high school children have available to participate in. I do know many women who call themselves soccer moms. You may be familiar with one popular politician soccer mom who saw Russia from her house.

What your child likes now in room decorations may not be what they like a couple of years from now. Painting your child's wall with black and white latex interior paint to resemble soccer balls, because after all you are a creative and pleasing parent, may all seem like a great idea in the present time. Then a couple of years from now, your child may be tired of that look and want something else. With the every changing taste of your child's (and adults too), it may make better sense to spruce up the bedroom walls with removable wall decals. 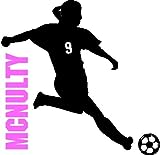 To complete the bedroom wall with the soccer theme, a plain light switch plate and outlet cover will not do. Two types of soccer ball styles, one with the ball pattern and the other with one large black and white soccer ball as shown in the photo.

There are many more with soccer players too. This is ideal when decorating a child's bedroom completely with a soccer ball theme. It is also fun to decorate every room or just the man cave with these electrical plates to spruce up the room.

More soccer gifts from 3DRose are under each individual product pages. Scroll about 3/4's down the pages until you reach Sandy Mertens Outdoor Sports Designs

CenturyLink Field stadium was packed for the introduction by majority owner Joe Roth on Aug.3, 2013, to introduce the USMNT Captain Clint Dempsey.

Dempsey, age 30, made 57 goals playing for the English Premier League for seven years. Played in 2006 in the MLS with the New England Revolution was the last time he had played soccer for the Major League Soccer.

Since this introduction, CenturyLink Field has added more seat capacity of about 400 seats in the upper deck bleachers. 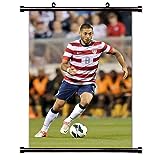 Here are some short and sweet facts about Clint Dempsey

As an advertisement for Nike in 2007, to take the 'Mom' part out of soccer, Clint Dempsey's demonstrates his talent for writing lyrics and he rapping skills along with hip-hop artists Big Hawk, XO, and Da Beatzsmith in this rap video called "Don't Tread".

I was Nike's raise awareness campaign, besides to sell products at the summer's World Cup.

The video is wholesome demonstrating the skills for this powerful athletic and diversity within the neighborhood with the interest to soccer.

Dempsey has had an interest to the rap music since he was a teenager. Clint Dempsey is truly the example of the rags to riches with his life story. Living most of his childhood in a trailer and his sister Jennifer, who died of a brain aneurysm at the age of 16 years old, it helped him pursue his talent in soccer to the next level in honor of Jennifer.

A shorter version of this video was shown at the Seattle Sounders introduction of their new team member, Clint Dempsey on August 3, 2013. Besides the diversity message given this the "Don't Tread" video that everyone no matter who you are or where you have came from can play soccer, it features the soccer highlights of the friendly between the English club Fulham and the U.S. Men's National Team. This video demonstrates Dempsey's feats.

Enjoy some funny products below.

Are you into soccer?