Why I Love My Cobra

Virginia writes about Florida living, decorating, and retirement. She shares her experiences to help others.

Why I Needed a New Driver And Chose a Cobra

I struggled with golf for a number of years, but at last my golf game is coming together. It helped that we played four days a week now instead of just on weekends. I started getting a more grooved swing and could feel a bit more consistent in my hits.

Still, I wasn't hitting my drives as far as I wanted. Part of it was lack of confidence in my driver. It was hard to let go and really swing when, too often, my drive would curve off to the right. I'd hold back and try to steer the club as I came through my swing. The results were lackluster. I wasn't getting much distance with my over-controlled swing.

My husband studies the game and reads all the golf magazines, watches the Golf Channel and has played for almost forty years. He was the one who suggested a new driver and recommended the Cobra.

Choose the Driver That Fits Your Playing Style 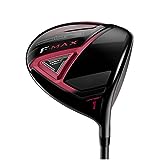 Cobra Women's 2018 F-Max Offset Women's Driver Black-Raspberry, Right Hand, Graphite, 15, degrees, Ladies
There are different degrees of loft that you can get, different shafts, etc. but for me, the graphite shaft, offset driver with 13.5 degrees of loft was just perfect. You can get this same driver for a left-handed golfer too. Sometimes the choice of shaft might say "senior" or "graphite" as those are more flexible.
Buy Now

I Try Out the Cobra Driver

Our golf club hosted regular demo days where you could try out the clubs on the driving range. When the Cobra demo day came around, I took a serious look at their driver and gave it a thorough trial, hitting ball after ball on the range.

It impressed me that I wasn't curving off to the right. I ordered my Cobra driver on the spot. When it arrived, I headed out for the course. Again I was keeping the ball straight off the tee. That led to more confidence and I started relaxing with my swing. The result was a more solid hit and my drives were going longer.

I've had some great games with my Cobra driver. I get compliments from other golfers on my drives now and let me tell you, that feels really good.

Are You Happy with Your Current Driver?

What Makes It Special?

This driver has a graphite shaft which most women need to get that spring/swing speed for a good hit. Professional golfers use the stiff shaft, but I needed that graphite shaft.

The head is offset. That allows the clubhead to meet the ball squarely and you get fewer mis-hits. I really feel the clubhead hitting the ball solidly in the center. It's a great feeling.

I love when we are playing with someone new and

they compliment me on how long and straight my drives are. One man asked, "do you ever get in the rough? It seems like you are in the middle of the fairway on every drive."

caddytek CaddyLite EZ Version 8 3 Wheel Golf Push Cart - Foldable Collapsible Lightweight Pushcart with Foot Brake - Easy to Open & Close, Silver, One Size (CaddyLite EZ Version 8 Silver)
If you like to walk the course, I recommend a push cart rather than a pull cart. It's better for your arm and shoulder. Our home course in Florida requires us to use a golf cart, but when we play other places like in New Hampshire, the push cart works fine for us and gives a bit more exercise with each round. I've seen some that are motorized and even some with remote controls, but I find these very easy to push along over the grass.
Buy Now

Listen to What Others Have to Say about the Cobra Driver

and it sure feels good to see my game improve even though I'm now 70.