Living in Kansas for several years gave me a great insight into what to do in my spare time, FISH! Below I share some tips to finding a spot

Everywhere you go in the United States you are never too far from a local waterhole where you can enjoy yourself and hopefully bring home some good food for your family. The problem that many people face when relocating or when visiting a new area for the first time is to guess that what worked for them back home, will always work wherever they go, which is not always the case as I had first found out when I started to go fishing in Kansad. Below you will find all the information you could ever need to find the fish in Kansas waters and if you are lucky, possibly even something worth bringing home, even if it is just a memory.

Respect the Laws and Regulations

Avoiding Fines While Fishing in Kansas

Fishin Gear for your next trip! 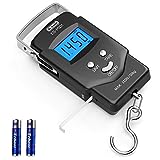 Without a doubt, when you are down here fishing in Kansas, the number one fish that you will see and hear about people fishing for is catfish. These whiskered, scaleless fish are without a doubt fun to catch and as is known well especially about the Channel Catfish, they are not too shy when it comes to trying out some odd food choices. There are three types of catfish you will encounter in Kansas waters, true catfish that is, they are the Channel Catfish, Flathead Catfish, and Blue Catfish. All three of these catfish will take a live bait offering, especially if you are lucky enough to get your hands on some fresh shad, but that will be covered later. Some species like the channel and blue catfish are highly sought after while Fishing in Kansas and anywhere else for that matter due to their willingness to take a very wide variety of baits, many of which can be bought at your local grocery store without having to visit those early closing bait shops. Another great thing, especially with the channel catfish is that it it possible to catch them from shore in the right location almost any time of the year, with some even being taken by winter time crappie and walleye anglers! Hows that for an easy Kansas fish to catch?

Easily the most popular of the catfish that swim the lakes and rivers of Kansas there aren't many bodies of water in the state that you cannot find them. In many of the lakes and pond, especially within easy driving distance of the metropolitan areas, the waters are heavily stocked with them, as their fair, flaky meat is very favorable to many people.

Mostly fished for at night along the banks of favorable waters and off the bottom these fish offer a great summertime excursion as they allow a chance to get out in the cooler nights when the daytime temperatures can exceed 100 degrees.

The blue catfish is the biggest of the three catfish found in Kansas waters in terms of weight, known to reach over 100lbs. These fish are most often caught in deep, fast flowing waters typical to the bigger rivers though they have been stocked in a few of the Kansas reservoirs. These fish feed mainly on live and dead fish so the use of cutbait and live fish, usually shad or skipjack, are the most popular baits for these bruisers. Heavy lines with sturdy reals are required to deal with these lunker rod benders. Though sometimes, people will get lucky with store bought baits such as, but not limited to these Kansas favorites: Chicken, Turkey, or Beef Livers, Raw Shrimp, Raw Squid, Hotdogs, and of course, Spam. So if you plan on having fun fishing in Kansas for some big'uns, make sure to hit your favorite grocery chain before heading out, sometimes what seems a bit strange might be the best bait to catch the bruisers that day!

One needs to be careful when fishing for channels and blue catfish though as the two can sometimes be easily mistaken, please make sure you can Identify Your Catch

Flathead catfish are known for their pension for live bait and most anglers who pursue this large scaleless fish, know that live bait is the only way to go. Often mottled green/brown these fish can reach weights similar to blue catfish, preferring to hold up in holes in rocks and stumps waiting on an unaware fish to swim by to devour. Fishing for these whisker fish can be nerve racking, one can go weeks without as much as a bite and then catch several in one outing. Try looking for things such as large, underwater stumps in backwater flows in rivers and in the upstream side of lakes and reservoirs for a chance at these behemoths. One of the most unique methods to fish in Kansas is what is known as noodling, noodling is a process in which a person sticks their arm into a hole underwater they believe that holds a fish in the hopes that a catfish will grab onto their hand, though I myself have not tried it, it is a legal method in some parts that allow hand-fishing in Kansas.

Blue green algae can be found in low quantities in every lake, river, and pond in Kansas. Though these Cyanobacteria are not dangerous when in low levels, it is a good idea to keep up to date on the current bloom warnings as a large concentration can be hazardous to the health of your family and even pets. To keep up to date on BGA(Blue Green Algae) be sure to frequently check the Kansas Department of Health and Environment website.

Easily one of the most sought after species of fish in North America, the Largemouth Bass is not actually a bass but a sunfish, but for the ease of this article, I will be grouping them in with the temperate bass. Bass are caught mostly from spring through fall with some hardcore fishermen catching them throughout the entire winter.

Want to share your fishing tips, pictures stories and more? Check out Trickin It Fishing on Facebook.

White bass are as voracious as the Largemouth but tend to prefer to school up. Most times of the year, they can be seen chasing large schools of bait fish. This leads to them being very hard to locate, but if you are lucky enough to find them, you will have a fishing trip unlike no other, with almost every cast giving you a fish. Slightly smaller offerings of the same lures that are used to catch largemouths are usually very affective as are the common worm and minnow fished near the bottom or even under a bobber.

You have to be careful when you are keeping these as there are several different fish that can look very similar to the white bass. Check the Temperate Bass Guide as offered by the KDWP.

The Largemouth Bass is the most sought after sport fish in North America, with tournaments and sales that yearly produce more income then most companies could only ever dream of making. Easy to catch due to their carnivorous nature of eating anything that they can fit in there mouth, there are literally thousands and thousands of lure and techniques for catching these mossbacks. Found in most bodies of water, these fish will readily accept almost anything offered to them, if it moves, they will eat it.

The crappie, like the largemouth bass, is a member of the sunfish family. It is highly prized by most for its white flaky meat that has a slightly sweet taste. These beautiful creatures are usually caught on minnows or small jigs though there is a decent market for crappie fishing lures. Most commonly pursued from fall to spring these fish like to live in schools and often if you catch one, you can catch several. If you are lucky enough to be around for the Spring spawn, you will definitely be onto some good fish for a very fun time usually being able to catch a dozen or more fish.

Bass Lures at a Bargain 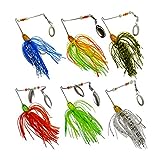 The walleye is a fish eating carnivore also know to hit on worms and leaches depending on the time of the year. Most favored and fished for up north around the Great Lakes and into Canada(where it is called a pickerel sometimes leading to the misguided name of Walleye Pike which is not correct, as walleye and pike are not in the same species though are known to live in the same habitats) the walleye is most prized for its firm slightly sweet meat. Most often caught from shore in spring and fall, many find this fish by trolling crankbaits along weedbeds in the summer time. However you fish this wonderful fish, remember it has rather sharp teeth and if you forget once and stick your hand or finger into their mouth, it is a lesson you will not forget a second time.

Best Crappie Lures Ever Made

Though there are many places in the state of Kansas to catch stocked rainbow trout on your fishing expedition, the trout are not a native species, they were all introduced to the state's waters as an incentive for would be fishermen(and women) who would want to catch them. It is very much a put and take fishing, with many of the trout stocked from October through April being found dead during the hotter summer months. There are about as many ways to catch a stocked trout as there are fishermen trying to catch them!

Trout are often found in smaller bodies of water where the state itself has decided to be a good body of water to hold them. For information on where to go fishing for trout in Kansas, and for information on bodies of water around you, please check out the KDWP Trout Stocking Schedule for your area of Kansas. If you were looking for more information on how to catch stocked trout then I highly suggest taking a look at my other lens Fishing for Stocked Trout where I share a few tips on things such as fishing with salmon eggs and Powerbait, along with a nice video that shows you how to clean your catch!

What's Your Favorite Kansas Fish to Fish for?

One of the great things that I have noticed about Kansas, is that there are many places for the residents to fish. From the large reservoirs and small county lakes to the fishing impoundments that are present in all of the major cities. From city parks, to simple fishing ponds, the opportunities abound for the Kansas fisherman. Some of the best fishing being offered in the state can be found in these urban fishing areas which are heavily stocked monthly with channel catfish in the warmer months and rainbow trout in the cooler months. They provide a great place to just get out and fish for you and your family, what are you waiting for? Regardless of what time of year, there is something biting near you, just get out and fish!

Regardless of what you fish for, remember to take out any trash that you bring in with you and that whether or not you catch a fish, that getting in touch with nature, enjoying all of it's endless bounties, is a gift, not from our parents, but from our children and we must one day give it back.