Trout Fishing In The West - A Natives Inside Scoop Part 1

Trout Have the Upper Hand at All Times!!!

Trout fishing all my life has taught me many lessons, but the most glaring lesson is that it is very difficult to catch trout. I will reveal the tips and tricks I have picked up over the years to help you produce more and better fish. I am not a professional fisherman nor am I a fishing guide, just a regular joe who loves the challenge of trout fishing. I have learned many successful tricks for catching trout due to necessity, many days being skunked forced the issue. Anyone who has fished for trout on a regular basis will attest to the fickleness of trout fishing, good one minute nothing the next. I hope this article either helps directly or sparks some new method, if you come up with something be sure to let me in on it.

I love catching trout and I even love not catching trout which ever the day provides as long as I am fishing for trout. I know that I am not alone as most of my immediate friends feel exactly the same way. It never fails to amaze me how much people love to fish and to talk about fishing. Talking about fishing is my stand by icebreaker in almost all situations including meeting women. I don't have to pull out the fish ploy on women any more as my wife has me tamed and happy. Many times I have been in a tough room and turned things around instantly with the mere mention of fishing.

I am fortunate living where I do because I have some very challenging waters to fish. I mainly stalk the Sierra Nevada Mountain streams, rivers, and lakes. The scenery is spectacular, the weather perfect, and fishing is super tough but rewarding. I have stellar ,so-so, and no-go fishing days over the years with no change in my desire to get out and get after it. I have made baits that completely dominated a day and have never really worked again since, kind of weird but true. I have tried some ridiculous setups and had success which was also really weird. Suffice to say that sometimes there just is no rhyme or reason for fishing success or lack thereof, but there are a lot of tactics to try before its time to pack it in.

I will start with my usual bar spiel when discussing trout with people. Trout are one of, if not the, smartest fish on earth which makes them so hard to catch. A fishes intelligence isn't measured with an IQ test but by the sensory tools at their disposal, the speed and way they react to sensory input, and how they use their habitat to their advantage. If you were a trout you would be able to jump thirty feet in the air, run at a hundred miles an hour, and hear a mouse fart in the next county. Trout have you beat before you ever drop a line in the water. Not only do trout have great eyesight they also have two separate hearing faculties, a regular ear and nerve sensors down the sides of their body that can feel the slightest vibration in the water. A trout can feel a gnat land on the water from the other side of the river, now that is sensitive. So when your fishing buddy is irate because you just stomped your way to the waters edge it is because you just scared every trout for a two block radius.

The native indians from my general area have told me how they were taught to fish for river trout when they were young. I was told they were made to belly crawl to the bank and to never get higher then a sitting position, to emulate a rock or a bush but to never cast their human silhouette. I heard this years ago and thought it was probably true, but it was unnecessary as hungry fish are going to eat no matter what, how wrong I was. After working with fish biologist and studying fish behavior and habitat, especially trout, I became a firm believer. I also have experienced the difference first hand on more than one occasion.

The first time it became completely clear was a late start fishing day where we had missed the morning prime time and knew we would have to get through the slower hours until the late afternoon bite came on. I found myself a sweet little spot that allowed for comfort as well as primo access to perfect fish holes. I really was indifferent, assuming that no action was probably coming my way being almost noon, so there was no need to put on the stalk. I fished for a bit but had been thinking about changing my line, something I was going to do the night before but didn't, so I took a seat in the grass to accomplish this task.

I hadn't seen a fish nor had any action on the line for over two hours at this point. I was seated for maybe five minutes fiddling with my gear and eyeing the water for fish sign, a standard practice of mine, when a nice big german brown cruised up river right in front of me. My gear was totally out of commission at this point so all I could do was watch and watch I did. That fish was hunting the rock bank for crayfish going up stream then turning into the current to carry it back to the beginning of the rocks and repeat the hunt, over and over again. This fish was nowhere in sight when I was standing and casting from the bank but as soon as the vibrations ceased it was ok to return to the hunt. Learning this little insight has yielded almost all the german brown that I have ever caught.

I had another encounter close to a mirror image to the one I just described. The difference was that I was seated for fishing and had cover on my sides, but I was in process of tying a fly when a fat trout cruised the rock bank in front of me. I didn't see this fish when I was standing surveying the water for fish holes and had been looking right at this spot. Now that i was seated and calm for a while the fish felt safe to resume the hunt. I tied a crayfish emulator and flipped it upstream from my seated position with the least amount of disturbance. I watch my bait flow down with the current then catch some line tension and start moving in to shore. The bait started to sink into the rocks now that it was out of the current, that's when I saw it.

My heart jumped straight in my throat because out of darkness in the center out in the current is a face, a big face. That fish was going straight for my bait and getting bigger and bigger. I watched that fish go right to the rock where my bait settled in a low stalking way until he reach the rock. He came in very low and at the very last moment he slipped up and then down on my bait sitting on the other side. This was all happening eight feet in front of me in crystal clear water about three feet deep. I saw this fish open its mouth and inhale my fly so i set the hook, and nothing. I, to this day, do not know how I missed that fish and it still bothers me, ten years later. I think you get the picture here that being stealthy is a must as not only can they hear a mile away they can see you when you can't see them. I know this is probably not a new revelation for most of you, but I even had to get more stealthy after years of fishing after experiencing things as I just described, just driving the point home a little more.

Another interesting revelation that I had was the difference in behavior of the lake trout and the river trout in my area. I was told as a young buck that rainy weather brings good fishing and when that barometer starts moving grab your rod. I have found a few holes in that theory through trial and error of the years. The first thing I learned was that I hardly catch anything in the river when its raining. Maybe some other people do but I definitely have zero luck on the river in the rain. Now right before the rain on the river has been some of the most amazing fishing ever, epic stuff. The way I understand it is that fish have built in barometers and now when the weather is changing. The fish in my clear river have clear river fishing tactics so they go on a feeding frenzy before the water turns muddy and they can not find food. In water ways that have regularly muddy conditions this doesn't apply or applies to a lesser degree.

Now lake trout in my fishing territory react differently in the rain and fishing the lake in the rain seems to work pretty well. The same waters are also better fishing when there is some wind and a chop on the water. I think I get some advantage in these conditions because the fish are triggered to feed and also that the commotion in and around the water give a little diversion may be causing the fish to let their guard down a little. This really is my best guess and it may be totally wrong, but I catch more fish in the lake in these conditions bar none.

The conditions and how they work out for me, I have found, are really relative to the waters I fish, it just doesn't apply everywhere, I wish they did. I have a ton of items and techniques I want to discuss and at this point I am realizing that this is going to have to be a series of articles. I have advice on rigs, rods, line, leader, bait, technique, and a whole lot more. I even plan to throw in some fish cooking recipes, the ones everybody tells me are amazing....well they tell my wife they are amazing. I hope you follow me here as I want to download everything I know about trout fishing just because I love talking about fishing almost as much as I like fishing.

I do have a request and that is to take a look at some of the items that I have chosen to list below. I do not choose all the advertising on my blog but anything listed as "Authors pick" are quality items that I recommend. I'm not pushing sales just asking that you take a look and if you enjoyed this article please let me know by using the "like" button and comment section, I would appreciate it. Oh ya, scroll to the bottom, some awesome fish videos....huge brown and a couple of real fishermen in the photo gallery!

My Kind of Fishing

What Fish Don't Want You to Know: An Insider's Guide to Freshwater Fishing
Buy Now 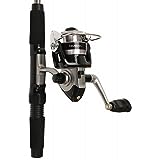 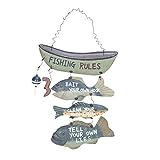