Isokinetic contractions - You've heard the term but do you understand it? 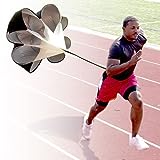 Isokinetic exercises are believed to have advantages over other types of exercises as they allow for a maximal contraction throughout range, at speed. The 'at speed' element is believed to be particularly important for sports that require 'explosive' types of movement (like jumping or sprinting), and predominantly use fast twitch muscle fibers. Isokinetic exercises are also believed to be of benefit during rehabilitative exercise programs in the lead up to returning to sport. This is because the isokinetic exercise machines rapidly adjust resistance levels dependent on the force being exerted by the muscle involved during the movement. Therefore, if there is a weakness anywhere during the range of movement, the amount of resistance being applied in that part of the range of motion will automatically be reduced in response to the lower force being produced by the muscle. However, isokinetic contractions are not easy to achieve without specialized equipment.

If isokinetic contractions are not common, how are they achieved?

To overcome the usual acceleration and decelerations mentioned above, and undertake a true isokinetic contraction, usually mechanically complex (and expensive) equipment is required. The machines required to achieve isokinetic contractions usually have an inboard processing unit that has the potential to rapidly adjust the amount of resistance being applied to a movement. The person using the machine may not actually notice the finely tuned alterations in resistance to their movement. However, it is these rapid alterations that enable an isometric contraction to occur. In addition to isokinetic contractions being used as part of an exercise or training regime, isokinetic exercise equipment can be used for testing muscles throughout their range of movement.

Have you ever used isokinetic equipment?

Isokinetic testing - what your muscle contraction can tell you

Isokinetic testing is often performed amongst high performance athletes. For example, the sports-medicine or strength and conditioning team for major league baseball players will have them simulate actions such as a "rotating batting chop" (tests the muscles used during a swing), or a standard throwing actions (or perhaps a pitching action). During testing the velocity of these actions is still quite quick, but considerably less than when the actions are performed without resistance. To achieve such dynamic movements at a constant velocity, the resistance is usually applied through an advance isokinetic testing machine with a cable connection to a piece of equipment (such as specially designed bat). This isokinetic testing machine will give feedback regarding peak power, mean power and lowest power (and where throughout the action the peak and lowest readings occurred. This information can then be used to tailor specific treatment, exercises or drills in order to address any weaknesses or abnormality. Additionally, isokinetic testing is used to investigate differences side to side. Ideally, athletes should have similar strength side to side as large imbalances may increase the risk of injury, particularly in some sports where maximal rotational movement occurs primarily in one direction (like golf).

Here we see a rotational chop being completed. To be honest it would actually be very difficult to find any specific muscle contraction that would be considered technically 'isokinetic' during this exercise. However, this type of exercise is often considered isokinetic because the speed at which the gross movement is being carried out is more or less consistent throughout the range of the exercise due to the resistance offered by the Keiser equipment.

Isokinetic testing for back and trunk using Cybex equipment

Tell us about your experience with Isokinetic exercises, testing or training?