With the latest NHL lockout situation destined to last a long time, Ohio hockey fans need not be too disappointed with the absence of the Columbus Blue Jackets. There are four professional hockey teams in the state to provide decent entertainment value.

The Lake Erie Monsters have played out of Cleveland’s 20,056 seat Quicken Loans Arena since the 2007-08 American Hockey League season. Despite their relatively close proximity to the NHL’s Buffalo Sabres, Columbus Blue Jackets and Detroit Red Wings, the Monsters are the AHL affiliate of the Colorado Avalanche.

The Monsters are descendants of the Denver Grizzlies that played in the IHL, starting in 1994-95. The franchise evolved to the Utah Grizzlies and moved to the AHL before closing up shop after the 2004-05 season. After two years of hibernation, the Grizzlies woke up in Ohio as the Monsters. Cleveland has hosted various professional hockey teams since the 1920’s. The Cleveland Barons had a short two year stint in the NHL in the 1970’s.

The Cincinnati Cyclones have played in the ECHL since 2001-02 and have already hoisted the Kelly Cup twice as the ECHL playoff champions. The franchise can trace their roots back to the Louisville River Frogs, a team that entered the ECHL in 1995-96. Cincinnati is affiliated with the Nashville Predators and Florida Panthers. The Cyclones play out of the 14,453 seat U.S. Bank Arena.

The Cyclones are the big hockey ticket in Cincinnati since the Mighty Ducks of the AHL left for Rockford after the 2004-05 season. The highest level of hockey in Cincinnati came in the 1970’s when the Cincinnati Stingers of the World Hockey Association called the city home. The Stingers played in the WHA for four years from 1975-76 to 1978-79.

The Toledo Walleye are the resurrection of the Toledo Storm, a franchise that played in the ECHL from 1991-92 to 2006-07. The Walleye returned to the league for the 2009-10 season. The team plays out of the 8,200 seat Huntington Center. Toledo is affiliated with the Detroit Red Wings and Chicago Blackhawks. Coaching the Walleye is Nick Vitucci. Vitucci is an ECHL goaltending legend and was inducted into the ECHL Hall of Fame in 2008, the inaugural season.

The Dayton Demonz are a new franchise in the Federal Hockey League. In their inaugural season in the six team FHL, the Demonz are playing out of the 5,500 seat Hara Arena, located just outside of Dayton. The team is an affiliate of the Fort Wayne Komets of the ECHL. 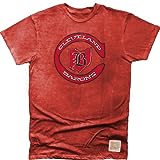