In Praise of Pond Hockey

A Frozen Pond, A Pair of Skates... A Little Bit of Heaven on Open Ice

Pond hockey. Just those two words conjure memories of crisp winter afternoons on a backyard rink or frozen pond, slapping a puck around with your best friends, winning the Stanley Cup every day after school - if only in your imagination.

So what if your hometown team doesn't have a prayer to make the Stanley Cup playoffs this year... it's all the more reason to get off the couch and lace up! You're never too old for a quick game of shinny, and we're certainly far from alone in the pure love of the game. NHL, heh, that's only part of the play. If you ask me, the real hockey passion shows up where the ice has a few bumps and cracks, where the uniforms are nothing more fancy than whatever you've got on today and the equipment is found in the back of your garage.

Skate back in time with me to those halcyon days when you were 8 years old and all things seemed possible, fighting out a pick-up game of pond hockey, out on the ice of the backyard rink...

Did you know that pond hockey is still going strong all over the snowy bits of North America, and spreading all over the world? Each year, a tiny village in eastern Canada plays host to hundreds of teams - with many more teams on a waiting list, wanting to get ice time - in fun and friendly competition of the World Pond Hockey Championships!

Pond hockey - it's part of the way we light our way through the long dark northern winter.

Where does the REAL hockey happen?

Why We Love Pond Hockey

"I wish I could go back and be 8 years old again for a couple of days," says Neal Broten, member of the 1980 US "Miracle on Ice" Olympics team and 1995 Stanley Cup winner.

Neal's not alone in that wish, I suspect. The more complicated life gets, the better that 8-year-old's life looks, gazing back in time!

These days, a rousing game of pond hockey is about as close as it comes, for most of us, to getting to live again those cold clear winter days of our childhood - when we made up the rules as we went along, and it was okay to fall down.

Good times out on those backyard rinks, frozen ponds, and winter roads... for the love of the game! Remember? Here are three super books of amateur hockey stories that will bring it all back to you. 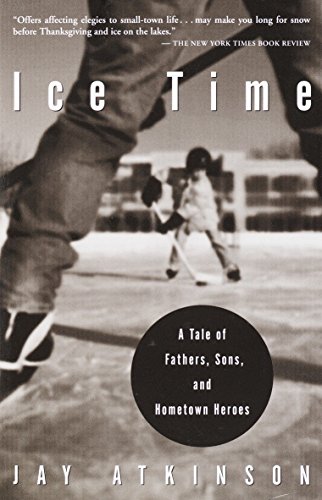 All over Canada and the colder parts of the United States, during the winter, you'll find groups of men and women - young and not so young, father and son, hockey fans to the bone - lacing on the skates and gathering with hockey sticks in hand wherever a sheet of clear outdoor ice can be found. Often the games are simply pick-up, a little fun between friends... but did you know there are organized leagues of pond hockey players?

Backyard-Hockey.com maintains a list of North American Pond Hockey Tournaments - check it out, and take in a pond hockey game near you!

The tiny village of Plaster Rock (pop. 1221) in New Brunswick, Canada, is home to the annual World Pond Hockey Championships - "a real global event in one of the most beautiful places in the world" that brings the riverside community alive for a magical weekend of outdoor sport and international camaraderie. This is the great game of wintertime as it is meant to be played!