Skin is the external covering of the human body which protects the underlying organs, muscles and bones. Being directly exposed to the environment, it plays a vital role in guarding the body against pathogens, injuries, temperature extremes and dehydration.

Skin types can range from dry to oily. There are two sides to an oily skin, a positive and a negative. Oily skin can help in reducing signs of aging. Its negative aspect is that it is vulnerable to clogged pores and black heads and also develops dead skin cells on the surface resulting in acne.

Sebum is a natural and healthy skin lubricant found in the hair follicles and secreted by the sebaceous glands in the skin. Sebaceous glands are found in plenty on the face and scalp, upper part of the chest and back, though they are scattered throughout the body except in the palms and soles. When the sebaceous glands become hyperactive, they secrete more sebum.

The excess secretion of sebum accompanied by bacterial infection causes acne. The clogged hair follicles infected by bacteria result in pus-filled lesions, commonly known as pimples, which are painful, irritating and unsightly.

Acne is a pathological skin condition commonly occurring in adolescents. It is called acne vulgaris when it occurs in the adolescent stage and adult acne when it appears during the later years.

Characteristic features:
• Blackheads, whiteheads, Comedones, papules and pustules.
• Redness.
• Inflammation.
• Intensity of the condition can vary from mild to very severe.
• The advanced state of inflammatory acne is called cystic acne characterised by cyst formation.
• Generally, shows on the face and neck and sometimes on the chest, back and arms.

• Genetic factors.
• It occurs when the skin pores become clogged by various factors.
• Hormones. Increase in androgenic hormones (testosterone in males) occurs in both sexes at puberty. The increased testosterone levels in both men and women during adolescence which triggers the excessive secretion of sebum can be a reason for the clogging of skin pores, which then leads to eruption
of pimples.
• The use of anabolic steroids by athletes and body-builders to perform better tends to stimulate the sebaceous glands which can cause acne in a few cases.
• Excessive and wrong use of cosmetics can cause acne.
• Very high levels of perspiration.
• Chocolates or greasy foods may start acne, though this has not been established.
• Stress aggravates the condition. Here stress is caused by the concern over the appearance of pimples, so it is not a direct cause.
• Psychological imbalances also play a role in causing pimples.
• Irregular habits or an erratic lifestyle can also cause skin eruptions.
• In some people, pressure from wearing helmets and collars is believed to aggravate acne.
• Cause of acne is sometimes occupation-related (like exposure to industrial products).

Many simple methods of natural cure for acne are available. Some of the natural acne remedies are aloe vera, tea tree oil and vitamins and zinc which are available over the counter. Vitamin A tablets and vitamin E and zinc in the form of capsules are very useful for acne control. However, these remedies for acne are temporary and may offer a solution for a while, but once it starts flaring up and shows symptoms of severity, you'll have to consult your dermatologist to advise you on the right kind of treatment for a long-term remedy for your acne problems.

• Cystic acne is formed in the form of cysts or boils on the skin, when the common acne becomes severe, characterized by pustules. While the common acne affects the superficial skin, cystic acne affects the deeper skin tissues. It commonly occurs in teenagers and is often found on the face.
• Back acne appears on the back, upper arms and buttocks and can take different forms from a few pimples to blackheads, pustules and cysts.
• Chest acne appears on the chest in an inflammatory form and can cause uneasiness and embarrassment.
• Body acne is the term given to acne occurring on the back, chest, shoulders, upper arms and buttocks.

There is every possibility of acne appearing or reappearing in the later years of your life. Adult acne often starts with blackheads. Sebum from the oil glands and the dead cells on the surface of the skin block the surface pores and together with bacteria, form blackheads. They turn black when exposed to air and red when inflammation occurs.

This can further lead to pustules which in turn rupture and cause acne scars. Stress, hormones and oral contraceptives could be causes of adult acne. Visit a dermatologist right away, as adult acne does not generally respond to treatment given for acne vulgaris.

• There are mild cleansers available in the market, which help to keep the skin clean. The affected spots should be cleaned at least twice a day.
• Exfoliating cleansers and masks contain salicylic acid and help in peeling off the surface skin, opening the pores.
• The most popular antibacterial cleanser available is Benzoyl peroxide. Sulfur and resorcinol are other topical applications which can kill surface bacteria and help open skin pores.
• Mild astringents and antibacterial pads containing benzoyl peroxide can be used to remove excess oil from the skin surface.
• Avoid greasy cosmetics and creams. Use water-based or oil-free make-up.
• Do not touch the face often.
• Steaming is helpful to clean the pores.

• Consume plenty of fruits and vegetables, particularly the leafy ones.
• Strawberries are said to be very helpful in countering acne.
• Green tea has antioxidants to fight the elements formed on the skin by the harmful ultra-violet rays of the sun. It also helps in reducing androgen production.
• Minimize intake of saturated foods as these foods contribute to an oily skin.
• Fresh outbursts of acne lesions can occur with high levels of iodine in your diet. So reduce salt consumption.
• Foods rich in vitamin A and zinc will help. 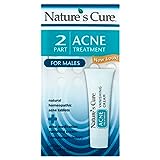 • Generally oral medications like tetracycline, doxycycline and minocycline are prescribed by doctors as an initial step in the treatment of acne. Use of these drugs is likely to cause allergy in some cases.
• A few contraceptives like estrostep, ortho tri-cyclen and yaz are helpful in reducing symptoms of acne.
• Spironolocatone which blocks the androgen receptors is useful to a certain extent in people with acne that does not respond to other normal treatments.
• Cortisone injections help in reducing large cysts in the case of cystic acne.
• Isotretinoin, originally called Accutane has been a successful medicine for treating severe acne, particularly the cystic acne since 1971 in Europe and 1982 in the U.S. It is very effective in containing severe acne symptoms, but it is said to cause liver disorders and depression in extreme cases.
• Chemical peels performed by cosmetic dermatologists do help to some extent, but cannot be substituted for regular treatment of acne.

Recent years have seen many successful treatments of acne using laser therapy. Laser technology has become very advanced that it ably supports major treatments carried out by specialists. It has proved to be very effective in reducing the sebum levels responsible for acne and has shown a marked improvement in diminishing acne scars. There are two types of laser acne treatment.

The first method involves a single beam of light from the laser which destroys the bacteria (propionibacterium) responsible for acne. It also shrinks the sebaceous glands to check excess sebum secretion responsible for the outburst of pimples. Blue light therapy and pulsed light and heat energy therapy fall in this category. Temporary redness and dryness in the treated areas are the possible side-effects of these therapies.

Severe acne causes pits or deep holes in the skin and these can be treated effectively by applying laser pressure in and around the affected area. Acne scars are effectively removed by the fractional skin resurfacing method using Flaxer laser. Flaxer SR 1500 is the latest used equipment for skin rejuvenation. The affected skin is treated in parts at a time, focussing the laser energy on a particular area. The laser energy reaches the deeper parts of the skin (the dermal layer) and induces new collagen stimulation and replaces the damaged skin by a new surface skin.

• It is a non-ablative method. So, it does not involve recovery time and side-effects are minimal.
Ablative methods involve resurfacing of large skin areas which are likely to cause serious side-effects.
As a result of laser resurfacing, new, tight tissues are formed giving the skin a new look with a good skin tone.
• No healing time.
• Painless and very effective.
• The resurfaced skin heals within 24-48 hours.
• Make-up can be applied immediately after the treatment.

Duration of treatment:
Treatments are required to be done five times at an interval of two weeks for light-skinned people. A four-week interval is necessary for dark-skinned people.