Anyone who has ever had problem skin is already familiar with the term ‘benzoyle peroxide’. It’s a common ingredient in OTC acne remedies and skin care products, and is believed to be beneficial in the treatment of acne. It’s not the only acne-fighting ingredient you’ll find in these store-bought products, though, so let’s have a closer look at which ingredients to look for when you’re searching for an effective commercially-produced product

This is another very common acne product ingredient. It’s a keratolytic ingredient, which means it helps break down keratin. Keratin is a major ingredient in our hair, nails and even in the plugs that clog our pores. Salicylic is a chemical exfoliant as well, so it rids the skin of dead cells.

This is an ingredient that can be considered an acne medication. It kills the Propionibacterium acnes bacteria (which causes acne) and can be taken as an oral remedy or can be found as an ingredient in skin care products for acne. It’s an antibiotic, so there may be a chance that the bacteria could become resistant to it over time. This may be why physicians and dermatologist rarely prescribe it for longer than six months at a time. This ingredient is also frequently used along with benzoyl peroxide. 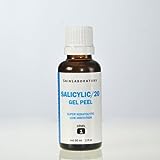 This is by far the most common acne product ingredient and is used in both OTC and prescription treatments. The only difference between a product you can purchase over the counter and one prescribed by a Doctor is the concentration of the benzoyl peroxide itself. It kills bacteria, the Propionibacterium acnes bacteria in particular. Benzoyl peroxide oxygenates the pores and this bacteria cannot survive in oxygen-rich environments.

This particular acne-fighting ingredient works by fighting the bacteria that causes acne, and also helps to exfoliate the skin. As a bonus, it also controls sebum production, so it may be the most effective of all the ingredients mentioned here.

Benzoyl peroxide is effective, but understanding how some of the most common acne-fighting ingredients work will help you choose a product that may be more effective. Some of these ingredients are often used in conjunction with benzoyl peroxide, and you may see better results when you choose a product with a combination of ingredients. If you’re unsure, it’s perhaps best to speak to your Doctor or Dermatologist for expert advice, but you should already have a clearer idea of which ingredients can help and why.