If you or a loved one was born in June now is the time to buy an Alexandrite.  The prices have never been lower.

Discovered in 1830 in Russia and named after Czar Alexander II, who was then Crown Prince of Russia, Alexandrite appears to change color under different forms of light. It can look red when viewed in candlelight, green when viewed in fluorescent light and blue green in sunlight. It appears reddish purple in standard electric, tungsten light, and in daylight it appears blue green. In artificial light Alexandrite will change to reddish purple or deep purple.

What to look for in buying and Alexandrite.

With its good hardness of 8.5, Alexandrite is an uncomplicated stone to wear.

The more intensive the change of color, the more valuable the stone.

Beware of those selling 100% color change Alexandrite this is very uncommon. 75% is closer to the norm.

Flawless, large, perfect clarity, 100% color change Alexandrite, pretty much don't exist. If you see one for sale it is most likely a fake.

Fine Alexandrite, especially in qualities of over one carat, is extremely rare, thus Alexandrites have become one of the most expensive gemstones in the world. It is rarer than fine Ruby, Sapphire or Emerald.

Its value does mainly depend on the depth of the color change: a really fine Alexandrite should show a vivid green in daylight, and change to purple-red or deep purple in artificial light, without any trace of undesired brown. As seen in the picuture above.

Rare look and an Alexandrite Crystal.

Alexandrite is used as a gemstone.

Alexandrite is used as a gemstone. Faceted alexandrite gemstones with good color change are considered very valuable, even when visible inclusions are present.

Not all Alexandrites change color. Some just stay a nice green or sea foam green color. These Gems are not as desirable as color changing Alexandrites and therefore are much more affordable.

Now with a new source of Alexandrite available, thousands of June babies like myself are clamoring to get our hands on one of these rare Beauties.

Small Alexandrite, under .50 carats is easily availible and relitively inexpensive and can be found on Ebay for under $50.00.

When buying an Alexandrite on Ebay, or anywhere, Ask Questions! Check Feedback! When buying any expensive item, look for a seller with at least 100 feedback points and a score of at least 99%. Be leery of Asian sellers. There are too many scams, high shipping and often big hassles with returns. Remember, Alexandrites over 1 carat in size are VERY rare and should cost several thousand dollars. If the deal sounds to good to be true it probably is.

Now is your chance!

Jewels of the Tsars: The Romanovs and Imperial Russia
Buy Now 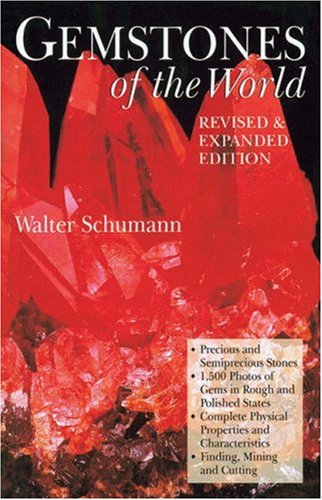 Check out our new gem store!

Quality gems at prices everyone can afford.

Hello and welcome to the The Carat Farm - Please sign in