Founded by Jules Louis Audemars and Edward Auguste Piguet.in 1875, Audemars Piguet remains one of the most distinguished Swiss luxury watchmaking companies located in the Vallee de Joux, alongside the likes of Blancpain and Jaeger-LeCoultre.

Every Audemars Piquet timepiece is a remarkable specimen of authenticity and exquisiteness in its design as well as the materials used from which every constituent of the timepiece is crafted, adding a touch of class to the wearer's image, especially to the simple act of checking the time.

The Royal Oak model is identified by its distinctive octagonal rim, or bezel, marked at each vertex by eight hexagonal screws, which also holds a water resistant gasket beneath. The dial is furnished with a trademark gridded 'Grande Tapisserie' motif.

The brand was established in 1972, during the Quartz crisis in the seventies and early eighties, which witnessed the displacement of mechanical watches in favor of their quartz counterpart, as a result jeopardizing the whole of the Swiss watchmaking industry. Designed by Swiss watch designer Gerald Genta, the first Royal Oak, crafted using stainless steel, was at first regarded as impossibly expensive, being tagged with a price higher than Audemars Piguet's other lines of precious metal-based luxury watches. Critics even took aggravation from the design of the Royal Oak, though eventually, it evolved into one of the company's highlights in its past of watchmaking, redefining the art itself.

The Royal Oak was named after the tree, which stood in Boscobel Wood, that King Charles II of England hid behind in an attempt to evade the Roundheads upon his defeat in the Battle of Worcester in 1651. The name of the design can be viewed as no more appropriate than it should be by taking note of the fact that the the watch's bezel is reminiscent of the shape of a ship's porthole, and the fact that eight battleships have been named after the Royal Oak tree in the English Battle Navy.

The Royal Oak OffShore is a variation of the Royal Oak, such that instead of the Grande Tapisserie theme, the dial is typified by the Mega Tapisserie, which consists of larger raised squares across its surface. High-tech materials are employed in the production of components of Royal Oak OffShore watches, an example being forged carbon, a material given birth in the field of aeronautics. Not only is forged carbon light, said material is also extremely resilient. Watch components can be crafted from carbon fibers densely wound up within specific molds before being subjected to high pressure and temperature.

The Royal Oak Offshore "Alinghi Team" was the first ever Audemars Piguet with a forged carbon case, designed in dedication to the watchmaking company's alliance with Team Alinghi, marking at the same time an auspicious year (2007) for the yacht team, where it emerged from the 32nd America's Cup in July 3rd over Emirates Team New Zealand with 5-2.

In line with the theme of the watch's birth, the titanium back of the watch's case is adorned with a relief alluding to the sailors of the concerned yacht syndicate, around which the words 'Royal Oak Offshore Alinghi Team Limited Edition' can be seen. Not to mention a few other theme-pertinent details, namely the shape of the hands on both the watch's 20-minute and 6-hour counters, and its regatta 10-minute countdown timer.

Not only does forged carbon constitute a release from the trend of employing precious metals in the production of luxury watches, a forged carbon watch case as worn by the Royal Oak Offshore far from conforms with the traditional image of a hand-tailored watch, with its not so subtle imperfections that gives it a somewhat dirty look which may appeal only to a certain demographic of watch collectors. Like the spots on a leopard's body, no component molded from forged carbon is ever identical in terms of its appearance, which makes it one of the more intriguing materials to work on.

The Millenary can be distinguished by its oval shape, which was inspired by the Coliseum of Rome. The unconventional shape afforded a broader canvas on which to fit the watch's various functions, and one other intriguing feature that you can immediately find in most Millenary models is the size of the watch's hour and minute markers growing in inverse proportion to each other around the oval of the watch, which adds to the sense of depth imaginable only by standing on the center of the Coliseum itself, or looking down the spiralling stairs of a tower from the top floor. Acrophobics would be wise to refrain from envisioning the latter, though.

A collection named after one of the founders of the prestigious watchmaking company, the Jules Audemars models were a statement of simplicity, each one wearing a characteristically smooth circle case. They are also considerably thin, a trait the boundaries of which the powers that be are willing to push. As an example, the Jules Audemars Extra-Thin models are rendered a mere 6.7 millimeters thick, while limiting the number of functions containable within the watch. On the other hand, the Grande Complication model contains an extravagant 650 parts in its movement, striking a balance of traits among the Jules Audemars watches.

Aside from its round bezel, the Jules Audemars model echoes the Royal Oak placement of the six screws on the back of the case as a subtle effect for classicism. 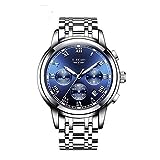 Also named after one of the founders of the Audemars Piguet luxury watch brand, the Edward Piguet model is identifiable by a tenuously curved rectangular case flanked by two gadroons on both sides, a conjoined series of convex curves, as well as the large font of the numerals marking specific hours on the face of the watch. One exceptional example of the latter feature is the Edward Piguet Monograph, which represents an attempt to fit the timekeeping gradation against the boundaries of a rectangular face, instead of a traditional circular one; or rather, arranging the hour markers in a circle within the rectangular case.