Bald is Sexy: Baldness, The Non-Hairstyle of the 21st Century | Go Naked

Baldness: Hair or No Hair, That Is The Question

Today baldness is attractively worn by men as a form of non-hairstyle where being bald seems to be more comfortable than ever before. Men are finally believing what women have known for decades: Bald IS Sexy. A clean-shaven head can be classy and very sexy on most men. There’s inherent self-confidence and sophistication in guys who embrace their balding noggin and boldly go where they have not gone before…totally bald.

Bald is Sexy, Sophisticated and Classy

When my husband showed up at work sporting a clean-shaven head his co-workers were curious and asked him, "WHAT HAPPENED?" My husband replied, “This is what happens when you combine a naked woman and bottle of Merlot.” All kidding aside, I did ask to shave his head when dating only a few short weeks. I think bald men are extremely sexy. When I told my husband my views on baldness, he was all in. He has sported his sexy baldness now for five years and totally embraces being bald. So I encourage men around the globe to abandon the comb-overs, burn hairpieces, flush hair growth potions and shave off those hair transplants. Women like the real you... Take it all off and go totally bald.

What to Expect After The First Scalp Shave

After shaving the scalp for the first time, my husband reported that it felt a little strange at first. The summer sun can be very hot and equally the winter months can be quite cold on the noggin. When shaving the first time the scalp can be sensitive since it is not accustomed to the razor. The key to shaving is using shaving cream that will stick easily to the scalp and rinse the razor well after each swipe. If shaving for the first time, use several blades to complete the task as a dull blade will knick badly. After the first shave, the head will appear very white since under the hair it doesn't get any sunshine. It will take a few days of sun exposure to get your head tanned to match your face. A good scalp conditioner with sunscreen should be applied daily after shaving to avoid chaffing and sunburn on the exposed scalp.

Women Can Bald Too, many Cancer Survivers are Going Natural Today

During the hippy hair revolution of the 60’s and 70’s where bald was not cool, men tried to hide their baldness in many ways. Wearing a cap was the least expensive cover-up, but that didn't do the job when going to church or anywhere else that a cap was not welcomed. A new trend began in the late 80’s starting the baldness revolution. It began when some men ceased wearing hair-weaves and the once heavily sought after toupee’. Men were becoming more comfortable with the natural progression of the aging process and unchangeable genetics of a receding hairline. Though participation still remains a desire by some men in hair clubs for men and the infamous Rogaine product, the sex appeal of the bald head is winning the fight in the 21st century. So I say, move over Rogaine and make room for the triple bladed razor.

There is a certain swagger, a commanding confidence if you will, that allows a man to wear baldness more successfully than others.  I think this is the primary ingredient to baldness becoming sexy. The sexiness comes with the ability to feel comfortable with a bald appearance, to be fully exposed without any fear of rejection or ridicule.  The key is personal leadership through an undeniable quality to feel comfortable in sporting baldness and actual like doing it.  Somewhat like an action hero of sorts. We all know that action heroes are sexy and a bald action hero is even more of a heart throb.

Yul Brynner declared THE BALD MAN OF THE CENTURY

Buzz Cut is a Stepping Stone

The first man I remember that I believed to be bald and sexy is the infamous Yul Brynner in The King and I. Ahhh, Now that was a bald and beautiful man who commanded attention. And who can forget Telly Savalas with that bald head and lollipop in his role of Kojak. Going boldly bald are other popular men of today like Vin Diesel, Bruce Willis, Patrick Stewart, and Elmer Fudd. Many of our sports figures believe that bald is beautiful philosophy: Kareem Abdul Jabar and Michael Jordan to name a few. All these men give bald a new cool. Even Demi Moore gave women a sexy new bald non-hairstyle in the movie G.I. Jane.

Just Say No to Comb-overs

Throughout the history of baldness, bald men receive attention.  Those with confidence command positive attention like President Eisenhower.  Some men who want more attention or leadership authority have shaved their heads to improve their public images.  Some simply shave their heads because it is easier than getting a haircut on only half the head.  Then there are those who still believe in the comb-over.  For those men who still believe comb-overs are vogue… just say no!  Stop what you are doing and find a woman with a razor and good bottle of Merlot.   I encourage you to embrace your true outer baldness and remember, Bald is beautiful.  If you find you cannot go bald all at once… consider the Buzz Cut as a stepping stone to your bald awesome self. 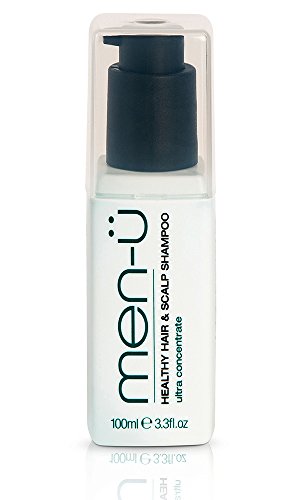 Benefits to Baldness: Beware There are a Few Detriments

Being bald is much easier to maintain. Enjoy nice savings on money usually spent on haircuts. Being bald is reportedly more hygienic. There is no longer need for combing. Especially no need for gel, mousse, or hair dryers; though, after shaving a scalp a good conditioner and sunscreen is very much needed.

Beware: There are a few detriments to being bald. The first night my husband slept in the same house with my cat....he was shockingly awakened in the middle of the night by my cat licking his bare head with a very knobby tongue. Beware if you have a cat. Also, you will need a beanie for your noggin in a cold climate. When it rains, the drops can sting.

The health of the scalp is very important to the overall health. Keeping the scalp clean and conditioned is part of a healthy daily routine.  The scalp can be itchy, appear flaky, get spots or rashes if not treated well.  Harsh soaps are not recommended.   There are products designed to cleanse the scalp since it has special needs because of the oil glands and skin differences from the rest of the body.  Moisturizing the scalp with scalp crème or a scalp conditioner will keep your scalp in good shape without unnecessary irritation.  Two products have been reported very good for your scalp:  Bald Guyz and Men-U Healthy Hair and Scalp Shampoo.

There are so many advertisements about balding and hair loss treatments for hair regrowth, surgical techniques, and hairpieces.  Rogaine has been rubbed on thinning scalps for years by a population of men with receding hairlines.  These men are hopeful for an opportunity to retain active hair follicles and stimulate regrowth to inactive follicles.  I say what is wrong with bald?  Men’s hair clubs had a run of it in years past, but I believe that there day is over.  How about the toupee’?  Aren't they hot?  So much maintenance is involved with hair weaves and color matching.  What about that Grecian formula for men to take the gray out?   Stop already.  Some have said when it came to baldness that men were more vain than women as they sought ways to reverse the appearance of baldness or receding hairlines with a fervent to retain that youthful vigorous appearance.   I say stop using those hair loss products and forgo the surgical treatments for a sexy new look...Go Bald...it is beautiful.

Who Does Bald the Best?

I attribute this hub to my husband and to all of the rest of those men with receding hairlines who decided to take a positive proactive approach to boldly go where not gone before and embrace the ranks of the bald sexy men of the 21st century by sporting bald, the non-hairstyle.