Before I get into the reviews, allow me to just comment briefly on why women are so obsessed with preventing wrinkles, specifically those around the eye area. Simply put, age tends to be held against us. By society, by men - but, most importantly, by other women. Yes, other women. Therefore, once most women have reached a certain age, a great deal of energy is spent on trying to slow down the natural progression of things, and we gauge our success by whether or not we look younger than the woman standing next to us. Oh, it can be catty, but I'm not really talking about that kind of thing. I'll use myself for an example. I'm 31 - almost 32 - and I realize I'm at the age where crow's feet and other lovely symptoms of age are getting ready to stomp all over my face. (Please God, be nice to me...) For the last 8 or 9 years I've spent a great deal of time fannying about with various anti-wrinkle creams for the eye, in hopes of keeping Father Time at bay. The only way I can judge how well I'm doing, is by looking at other women my age and younger, to see how much older or younger I look. 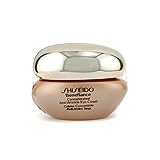 My point in writing this, is to tell y'all not to undervalue the benefits of a high quality anti-wrinkle cream. Yes, it helps to be healthy from the inside out. I got an A in physiology, I get the point, I promise. Nevertheless, you can eat all the salmon and fish oil tabs in the world, and they aren't going to hydrate you from the outside in. It just doesn't work that way. The skin needs care, too. If I wash my hands 400 times a day because I work in a hospital, or because I work in food service, or because I work in a lab - no amount of fish oil, vitamins and other crap are going to save my hands from going Madonna by 35. Take all the vitamins you want, and eat whatever wholesome menu your health guru tells you to - just make sure you give your eyes some extra love, cos they won't be smiling very long if you don't.

As someone with a considerably dry under-eye area, I've tried more eye creams than anyone I know, and, while I kept experimenting a year or so after finding this, I eventually stopped and looked no further. This is, in a word, amazing. I will never forget the first time I used it, all the little creases vanished and I looked 5 years younger.

Unlike most creams, this one is truly long lasting. A very small amount is all that's needed to keep everything moist for hours and hours. And, because this stuff is so intensely (yet ultra light-weight) hydrating, all those creases that had been caused by dry skin plumped up and are no longer noticeable. Not even to me, and believe me when I tell you I get up in the mirror like the neurotic female I am. If you're using this twice a day, it should last about a month. Maybe a month and a half, depending on how much you need. Worth every single penny.

This stuff is pretty thick and pretty heavy. Personally, I felt the results were almost as good as High Resolution Yeux, but I didn't care for the icky feeling the stuff left on my eyes. That, and for all it's thickness, it didn't feel particularly hydrating, and didn't seem to keep the area moisturized for very long. However - and this isn't something mentioned on the label - this stuff plumped my lips up to the point I was a bit stunned. I discovered this because I always put a dab of eye cream around my lips when getting ready, just cos I'm too lazy to use proper face cream for the small bit of hydration I need. Anyway, the point is, by the time I was done brushing my teeth, my lips were twice as full as they normally are.

I got suckered into buying this one by the shop girl. I'd gone in to buy my regular High Resolution Yeux, but they were out of stock and had no idea when more would be in. Since I was completely out of eye cream, I decided to look for something else, and she insisted this was great stuff.

I can't really say I agree with her. In fact, I kind of think the stuff made my eyes swell up. I put the stuff on before I went to bed, and for the four days I used it, woke up looking like I had cedar fever in the middle of winter. The consistency of the stuff was ok, but I didn't use it long enough to determine whether or not it worked - it just wasn't worth it.

I often advocate using this in conjunction with HIgh Resolution, but I wouldn't recommend it entirely on it's own. The consistency is somewhere between High Resolution and Renergie Morpholift - it's like a medium cream. If you have really dry skin, this isn't going to be enough for you, but if you use it with something else, like High Resolution, it does seem to lengthen the duration of hydration. This is a good cream for women in their early or mid 20s; it's not full-on anti-wrinkle warfare, but it's very good prevention. Use this stuff now so you won't have to worry as much later.

I love Lancome - but I'm not really sure why this stuff costs what it does. Granted, they seem to market it to women over 60, so perhaps at that stage this kind of stuff works miracles on skin. All I know is that it's too perfumey for my tastes, and not unlike the consistency you'd find in your average hand cream. I did not notice any results from this cream - but, again, perhaps if you're in the intended age range, you will. 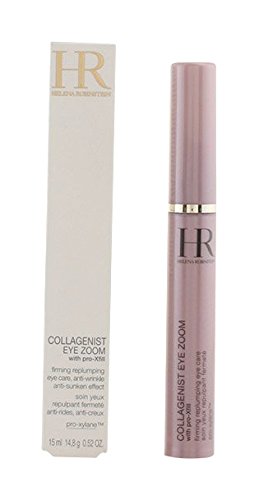 I was so excited to buy this stuff. I mean, how can you go wrong with slathering collagen all over your eyes? Well, guess what. No results that I can think of. Just your average cream, and I don't even recall it being particularly hydrating. Maybe it was. The fact that I can't even remember should tell you how disappointed I was with it - I've banished it from all memory! 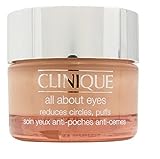 Clinique All About Eyes

I started using this stuff when I was about 27, cos I was waking up with very dry skin around my eyes and I was sure it would start crinkling if I didn't do something about it. I went down to Clinique - I was using most of their products at the time - and they said this stuff would work wonders. Yeah, well, it didn't. In fact, I'd say this stuff did about as much as water would have done, except it evaporated more quickly. So what did I do? On a whim, I switched my facial cleanser (Clinique, and specifically for use on the eyes) to Lancome - and within 1 week 50% of the lines and dryness were gone. Got me some High Resolution to top it off, and the rest was history.

If you haven't figure it out yet, I'm no fan of Clinique. Every single product they make, including this one, has disappointed me, and that's just how it is. This stuff wasn't any better than using mayonnaise or summat. Actually, mayo would have been more hydrating. And it would have felt better, too. Honestly, you could not pay me to use Clinique again.