Body Art often conjures up images of tattoos painfully etched into the skin permanently. Piercings to the parts of the body are also a form of body art. These are becoming increasingly common all over the world with many more tattoo studios opening up and people looking upon it as a way of expression. Celebrities show off their tattoos in public and some love etching their boyfriend's / girlfriend's name on their hand or wherever they choose, and love to show it off. Of course, some are a little over-tattooed,giving themselves the look of an animal they particularly like, such as a tiger or a snake. These are accessorized with some piercings to accentuate the look. Some get their tattoos removed when a boyfriend is changed, and a newer name is then etched to profess their current love. Some build upon their original tattoos or add newer ones.

There is a form of tattoo used extensively in Indian households during occasions. Women and men are known to use mehndi or henna as it is called to apply beautiful, intricate designs on the hands and feet for festive occasions such as a wedding, festivals, or awaiting the birth of a baby. These tattoos are temporary. Depending on the type of mehndi used, the design will disappear over 3 days to about a fortnight or the really long lasting variety remains for about a month. Ceremonies are held for the application of mehndi with women dressing up and having a fun time with some dancing and singing amidst dolaks and fragrant flowers and rangolis and festive lamps lit for the occasion. Weddings are usually preceded by a mehndi ceremony with the bride being beautified with intricate designs on her hands, up to the elbows on both sides and the feet as well. this may take about 3-4 hours while the bride has to sit patiently watching the designs come alive and all around marvelling the beauty of it and the dexterity with which the mehndiwalli applies. Usually 2 or 3 mehndiwallis will attend to her designs. The rest of the women and children will also await their turn at having mehndi applied on their hands, feet, or neck depending on what they are going to dress up in for the wedding. For example, if a lay wishes to wear a deep necked choli (blouse) with their saree or ghagra. If you are wearing an off shoulder dress wear a designer mehndi on the exposed shoulder. If you are wearing a backless choli, decorate with a revealing earth red tattoo, with a design that matches your saree design and perhaps can be coloured to match as well. Glitter can be applied to give a festive touch! If you are more daring, you could decorate around the navel with intricate henna design and show it off while wearing a saree or a ghagra that is anyway worn below the navel.

During the wedding season, mehndiwallis are in hot demand, depending on the intricacy of the designs and the finesse with which she applies. They have to be booked much in advance like everything else for the wedding.

Henna or mehndi is a greenish powder made from dried leaves of the henna plant that grows as a bush. This has conditioning properties for the hair and gives a shine and lustre and a deep red rich colour. It is used extensively as a colouring agent for hair. Depending on the extent of grey on your hair, the colour also varies. For instance, a totally grey haired person, will get a deep orange when henna is applied and left for a couple of hours.

This same dried leaf powder is also used to make a paste and filled into a cone much like the icing cone to decorate a cake. Similar cuts are made at the ends to apply the intricate designs on one's hands or feet using readymade stencils or are hand drawn to accommodate the size of the hand, the fingers, the wrists to bring out the beauty of the hand with the intricacy of design.

Buy Your Henna For Tattoo or Hair Condiioning 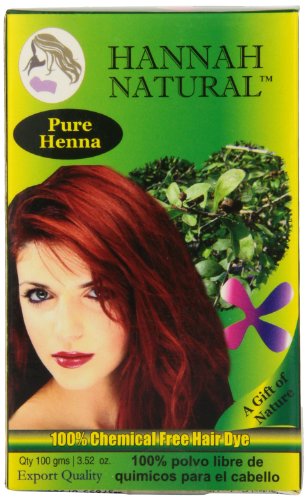 Naomi Campbell showed off her henna designs while on the catwalk.

Madonna showed off hers while making the videos of Ray Of Light.

Liv Tyler showed off on the cover of Vanity Fair.

The forehead is adorned with a bindi or bottu which is a dot or a larger smear of vermilion, or/and sandal paste. Sometimes, even turmeric is used in addition to kumkum. Vermilion or kumkum is sacred to the Hindus and this is seen as a must for all married women and girls. Widows are not allowed to apply this on their forehead and is a sign of widowhood. Married Hindu women, particularly in North India also apply sindoor or vermilion on the parting of the hair in the centre of the forehead in addition to the one in the centre. New brides also are expected to wear this in addition to covering their heads with the pallu , which is the saree end covered with rich designs.

Not just women, but also men are applied this vermilon while performing pujas in the home or temple or any Hindu rituals being performed. Earlier, this bottu was seen as a sign of religious sentiment and men who applied his regularly meant that they performed puja before leaving their home every morning to work. It also meant that he was a Brahmin ( a high caste Hindu) and therefore revered. Iyengars and Iyers of South India wear a large single line in the centre of their forehead, particularly the men. They are seen to be great scholars and educators. Some men and women still wear an additional large U in white, with the red line in the centre. This marks them to be traditional and highly religious. They also wear their saree in a particular style which is traditionally 9 yards in length compared to the regular 6 yards that is generally in vogue. The men also wear traditional outfits. Pujaris or brahmin priests in the temples also sport this religious mark on their forehead.

Today, women prefer to wear decorative bindis which are either drawn on the forehead centre with a red or black bindi pencil or are part of a sticker bindi pack. Yes, sticker bindis are popular with younger fashion conscious women. And also widows, who are given this privilege by their own children who have always seen their mothers with the bindi. But, they do not use the regular kumkum which is used for pujas. You see, years of applying bindi causes the skin behind to be a lot more lighter than the rest of the face and so, when you give up wearing it altogether, it shows the discolouration which is not very pretty. This is also the reason why the fashionable Indian woman prefers to wear a sticker bindi in different colours to match her Indian outfits such as Salwar Kameez, Saree, Ghagra Choli, and discards this bindi when she wears Western outfits. Truly liberated is the modern Indian woman irrespective of age. Earlier, she would be despised for not wearing a bindi as soon as she woke up in the morning and had a bath and performed the daily puja ritual and decorated her front courtyard with rangoli. Only, then, she was expected to go wake up her husband and children and prepare their breakfast while they got ready for the day.

There is another type of bindi that is applied to a newborn child, a pretty child or a pretty damsel or a bridegroom, a small black one supposedly to ward off the evil eye.  Usually, some kajal or the traditional eyemakeup with soot made by burning a particular flower is taken with a finger and smeared on the side of the face somewhere visible, usually near the chin or above it. Sometimes, it is smeared on the side of the forehead.

Step By Step Application Of Henna