Diane von Furstenberg: One of the First Wrappers

The Wrap Dress Is A Miracle of Design

There's Nothing Mysterious About the Beauty of the Wrap Dress

Fashion is a mysterious energy, a visual moment-impossible to predict where it goes.

I've always admired fashion designers who can personify an era, yet also create something so iconic, it can be reinvented without losing its original essence. Among my list of favorites are Coco Chanel's two-piece suit, Yves Saint Laurent's Le Smoking tuxedo, and Diane von Furstenberg's wrap dress. Celebrating its 40th anniversary it was created in 1974, within an era when it was easy to do it wrong in polyester pants, a leisure suit, platforms, hot pants or a tube top. Fortunately along with her immensely flattering dress the hottest trends from the '70's that've stood the test of time are the halter dress and caftan, popularized by Halston, shimmery metallics, Missoni prints, Knee high boots and the floppy hat.

"Journey of a Dress" Exhibit:

When I visited the exhibit Journey of a Dress on April 29, 2014 I finally had the chance to immerse myself in the magnificent phenomenon of the wrap dress. All to briefly displayed in the old May Company Streamline Moderne Art Deco building at 6065 Wilshire Blvd., across from the Los Angeles County Museum of Art (LACMA), it was a step back into the glamorous '70's. Overjoyed that I was allowed to take as many photos as I liked I visually recorded a vintage black and white photo of model Janice Dickinson in the dress, a newspaper ad, a letter written by Vogue editor Diana Vreeland expressing her support of the dress, and the dress itself in a large room where it was arranged on a lovely group of mannequins set in neat formations. Throughout the day I reveled in the fact that I had realized one of my goals-to be close to sartorial perfection-while reliving one of my favorite eras.

I'm not the only one who was inspired by the exhibit, because after Annie Li, founder/designer of Annie Bananie Apparel visited she told me, "I was impressed by the way Diane von Furstenberg took the same silhouette and made it look amazing." In her January 10, 2014 blog she also wrote, "I paid a great deal of attention to the sewing technique used to finish each seam and hem. The execution speaks a whole lot about the consumer the designer aims to cater to." Driven to create clothes for women who're "feminine but strong" Li hopes to supply today's career woman with designs that're as easy to wear and versatile as the wrap dress.

Li's Interpretation of a Style:

When you look at her signature piece-an A-line dress with a basic bodice and a sheering waist that fits most figures-it's clear she's thoroughly studied von Furstenberg's masterpiece and interpreted it in her own way for her customers. Li's ability to translate vintage designs, and simplify them, is one of her strengths as a designer and when I saw her Bountiful Floral Dress and Purple Flower Petal Dress on her website I could see how she'd taken von Furstenberg's sleeveless print wrap dresses and recreated them for a healthy Southern California girl with glowing skin and great legs.

A native of Brussels, Belgium she was originally named "Diane Simone Michelle Halfin." Lipa Halfin, her father, was Romanian and her mother, Liliane Nahamias, was from Greece. If you're wondering where von Furstenberg got her chutzpah from you don't have to look any further than her mother. Sadly she was a prisoner in Aushwitz's notorious concentration camp, and even though it was arduous and soul destroying, she developed an attitude to "never consider fear as an option." She passed this philosophy down to von Furstenberg who probacly remembered it whenever she faced life's challenges, and let it be one of her mottoes.

At the University of Geneva in Switzerland she majored in Economics and met her first husband, Prince Egon of Furstenberg. In 1969 they were married, and later had a son, Prince Alexander and a daughter, Princess Tatiana. It was through her marriage that she acquired her famous last name. Prior to designing her own line in 1970, with $30,000, she obtained training in the fashion industry in Paris by assisting photographer's agent Albert Koski and then by apprenticing for textile manufacturer Angelo Ferretti, in his Italian factory. After putting the knowledge about "cut, color and fabric" on her resume she introduced a group of "silk jersey dresses" to the women's wear market.

"The minute I knew I was about to be Egon's wife, I decided to have a career," she's quoted as having said on Wikipedia. "I wanted to be someone of my own, and not just a plain little girl who got married beyond her desserts."

Despite her foreign upbringing and international education and training I have always thought of von Furstenberg as an American designer because, like Claire McCardell in the 1950s, she "solved the clothes problem" for so many women in the 1970s with her wrap dress. What makes its debut in 1974 so impressive is that it was invented by a woman who was just in her 20's. Conceived from her pairings of wrap tops and skirts the dress has its roots in ballet. By cleverly merging the top with the skirt into one garment she designed "an easy little dress" that traveled well and would look appropriate for any occasion. Crediting Halston and his timeless style that made women look so effortless and chic in his "halter jumpsuits, fitted jersey dresses, and fluid blouses paired with A-line skirts" von Furstenberg admits he gave her the idea to make the wrap dress just as simple and flattering. Besides Halston she was also influenced by Emilio Pucci's wonderful use of color. Exuberant and fun, during the '70's, he translated psychedelic prints, nature, impressions of the hues he saw on his travels to India, Brazil and Bali, and clothing worn by "local people" into exquisite textiles.

An immediate sensation the dress has become a favorite with vintage clothing collectors, celebrities and converted fans who're just discovering it for the first time. Recently it was worn by actress Amy Adams in the film American Hustle and previously it was worn by Cybill Shepard in Martin Scorsese's Taxi Driver. Madonna wore one in Tel Aviv while on a book tour for her children's book in 2004 and Michele Obama wore the "chaiin link" print wrap dress on "the official White House Christmas Card" in 2009. The press was fascinated by the dress from the beginning as well with Newsweek magazine bumping Gerald Ford off the cover and putting von Furstenberg on it instead in 1976. In the cover story she was called "the most marketable woman since Coco Chanel." Today as we face the challenges in a difficult economy, complicated work situations and increased globalization the wrap dress reminds us that good old-fashioned simplicity can be refreshing.

A Great Addition to Any Woman's Wardrobe

Have you ever owned or worn a wrap dress?

L.A. Has a Great History 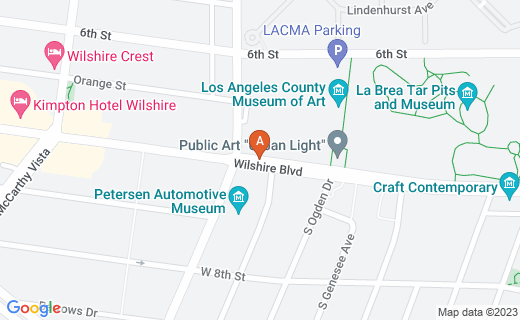 So You Think You Know About Diane von Furstenberg?

Good Design At Your Fingertips