Sounds kind of official like geologist or psychologist, one of those official designations that are cast about nowadays. What does it stand for? Is it a license? Well I’m here to tell you that I am in fact a Graduate Gemologist (G.G.). To get this designation is no easy task. I also got the designation “In Residence” which means what it says, I went to school at the school when it was in Santa Monica, CA. in 1978. Not by correspondence, through the mail. We didn’t have the internet yet, how on earth did we manage? So if you love stones and want to be a Gemologist take heed.

When I decided to go to GIA (The Gemological Institute of America) a very good friend of mine just got a job there as a colored stone instructor. That kind of made my decision easier. This school is world famous and is the ultimate in diamonds and colored stone grading and identification. I didn’t occur to me that they might not accept a walk-in even if I did have the cash up front. So I did what I always did, I just jumped on my Ducati 900 GTS motorcycle and drove down there from San Francisco where I was living. I figured they would find a space for me. The very next day after I arrived was the orientation for the classes. The school impressed me when I first saw the inside & since I was not really aware of its existence until a week before, all the better. But there I was and ready to rock. After much dithering and explanations about how hard it is to get in a new class on short notice they said I could stay since two registered students from China had not shown up yet. But I would have to understand that if they showed in the next two days I would have to make room for them. I agreed and the rest is history as they say.

The classes were from 9 AM to 4:30 PM five days a week Monday thru Friday. There were no excused absences. The term was for 6 months with a two week vacation between Diamonds and colored Stones.  Tuition had to paid in the first week of $4,800.00 US and you had to find your own place to live. They provided some assistance but not for late comers. At that time in 1978 a studio apartment in Santa Monica down by the ocean was around $400-$500 a month, I got one right on Ocean Beach Dr. about two blocks from the Santa Monica Pier. Everything was coming together.

The Diamond Course consisted of, a 4 hour lecture in the morning and a 4 hour lab in the afternoon. A quiz every day and a test every Monday a midterm and a final and a 20 stone diamond grading final with only a pass or a fail grade. To get your diamond certificate you had to score 100% on grading and above 80% for the written exam. Anything more than ½ grade difference on the grading of diamonds was an automatic fail. In other words if you graded a VS1 and the grade was a VS2 on the master then you failed. If the stone master grade was an H color then the worst you could do is grade it an H-I or a G-H and still pass.

In all the time I was in the diamonds course I graded every diamond they had in the safe and got them all correct. They expected at best that the students would do around 400 stones in the 8 weeks, I did over 1,500 . They were impressed and so was I. It just came natural to me. We had 4 hours to do the final grading for the 20 stone test and you had to have completed at least 100 diamond grading reports to pass. I aced all the quizzes, tests, midterm and finals including the grading as well as doing 1500+ diamond grading reports, I got 100% on all of them.

Then a two week break and start colored stones for 16 weeks plus Pearls, Appraising and every thing left in those last few weeks. Colored stone final was 100% or fail on a 30 stone Identification report. Plus a written exam and you had to do at minimum 400 stone I.D.’s. to get the colored stone certificate and an additional written exam for the Graduate Gemologist Certificate. The G.G. test was also a 100% or fail written test, we got 6 hours to do it.

I identified every stone they had in the safes 100% and that was at about week 6 so they put me on doing new stone sets for the future students and the home study folks. I did it all and passed with a 92% average on all the written tests and passed all the stone tests 100% and the G.G. test 100%. They did offer me a job after graduating but I thanked them and thought I’d try it on my own for a while.

GIA, like all schools, can train you to a limited extent but the real learning is out in the world. When it’s your money and reputation on the line things look a lot different. A guess that’s wrong can cost you a lot of money and even your job. I did it because I LOVE GEMSTONES, certainly not for money because I’m poor as a church mouse. Not that I want to be but that’s how things worked out. I don’t regret (almost) everything I’ve done and hope to continue on as long as I can. That’s why I live in Thailand. Come by and see my world.

I met my first wife Dana in that class and my best friend Carl from Alaska. We all ended up in Alaska a couple years later mining gold in the Yukon river drainage. But that’s another story 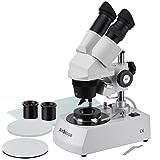