Jasper Gemstone is a crypto-crystaline chalcedony quartz stone. It is one of the oldest known gemstones and is mentioned in the Holy Bible several times. Jasper Gemstone has a Mohs Hardness of 7 with a trigonal crystal structure. It is said to be one of the gems in the Jewish High Priest’s breastplate which is described in Exodus. This is an ornamental gemstone and is mostly used to make fancy jewelry. Jasper is found worldwide. It is also used to create bowls, carvings and other objects and to adorn buildings. One such example is that of Saint Wenceslas Chapel in Prague. Ancient Egyptians, Greeks and Romans are said to use this stone for cameo and portraits apart from jewelry. Jasper is one of the gemstones that used in commesso also called Florentine mosaic. The Black Jasper gemstone earlier was used as a touchstone used to test gold content. The name of this stone seems to have derived from the Greek word ‘iaspis’, the meaning of which is ‘spotted or speckled stone’. Jasper is the Traditional Birthstone for the month of March. It is also the Mystical birthstone for the month of October. Jasper was known as the great "rain-bringer" in the fourth century.

This gem is seen in many varieties and in a wide range of colors. It often contains organic material and mineral oxides which give it interesting patterns, bands and colors. The colors and designs in the stone are mostly as a result of the presence of iron oxide, green chlorite or actinolite. Just like Agate, there are several popular varieties or types of Jasper and many of them are very attractive and have fancy names based on their appearance or characteristics like Kambaba (crocodile), Imperial, Rainforest (Rhyolite), Bloodstone, Snakeskin, Leopardskin, Ocean, Poppy, Dendritic, Picture, Drusy, Spiderweb, Opal, Brecciated (Jasper veined with Hematite), Peacock, fancy, Dalmatian, rainbow, orbicular, royal plume, Royal Sahara, Riband, Vistaite, Exotica, Zebra, Landscape, Stone Canyon, Hornstone, Picasso, Arizona Lizard, Autumn, Porcelain etc. Some Jaspers are named based on the place of origin or mined area like Biggs, Noreena, Bruneau, Russian, Morrisonite, Mookaite (Australian), Deschutes and Owyhee. Some Jasper's are named based on their colors like red, black (Basanite), green, blue, brown, purple, yellow etc. Though Jasper can be found worldwide, some of these are very rare and may come with a high price tag. Jasper is widely found in Germany, India, Venezuela, France, Russia, Egypt, Chile, Libya and the United States. 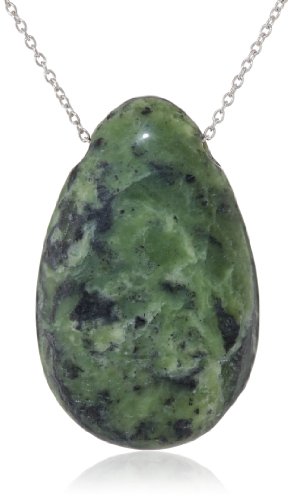 Jasper is a protective gemstone and can align all the chakras and balance yin yang energies. It is said to be helpful in curing gynecological problems and problems related to the stomach. Jasper is a strong securing and emotionally calming gemstone. It promotes stability and helps to relieve stress. It is said to be a powerful protection against things that are negative and not good for you.

Different varieties of Jasper possess different mystical and medicinal properties. Different types of Jaspers have different healing powers and have different planet and chakra associations. For instance Red Jasper is known to be beneficial in the treatment of liver, spleen and pancreas issues. This stone is associated with Mars. Brick Red color Jasper is said to balance all the Chakras. Drinking red jasper water is said to help one with weight loss. Yellow colored jasper is said to strengthen the immune system and is said to be beneficial for menopausal women. Similarly, Green Jasper is known for its ability to cure sleeplessness.

Jasper is a fairly hard gemstone and suitable for every day wear jewelry. For getting the beneficial effects of this stone, Jasper needs direct contact with the skin. However, the protective polish on jasper will often be washed away in water. It is better cleaned with a soft dry cloth.

The Healing Properties of Jasper