Kate Spade designs are stylish and elegant but also fun-loving, with a hint of frivolity. Her bags stand out...but because of their style rather than any pretentious 'designer' kudos. The Kate Spade label imprinted on every bag is subtle, not garish.

Noted for her unusual shapes, clean lines and a bright variety of colours, Kate's bags have been getting a good rap from fashion editors and customers alike.

The other good thing is that while they are not cheap, nor are they mind blowingly expensive. They are in a word...chic. The quality is excellent and they made to last.

The first Kate Spade store was opened in New York city in 1998. Today there are Kate Spade stores in 46 American states and outlets are also to be found in Japan, Jakarta, London, Hong Kong and the Philippines. 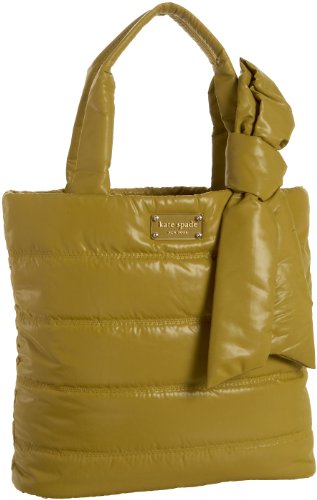 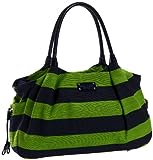 Spade was born in Missouri in 1962. In 1986 she graduated from Arizona University with a degree in journalism and feeling an urge to start a career in New York, joined Mamesoiselle magazine shortly after arriving.

A smart and ambitious attitude saw her rise to the position of senior editor and head of accessories.

Spending so much time hovering over the pulse of the fashion industry she couldn't help but notice that there seemed to be a lack of great bags, so she started her own label with her husband Andy Spade. 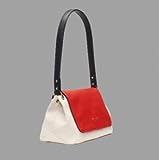 The success of the Kate Spade label has been stellar, not least because, in the words of Hilary Magazine fashion editor, "her bags have some serious personality going for them".

The Gucci, Dior, Chanel and Luis Vitton bags are looking a little tired...dare I say, boring, these days. many of Kate's bags have a retro aura that somehow feels refreshingly new.Yet they retaiin a classic appeal that is unlikely to date.

All the bags are made in Italy with soft, suede linings and attention to detail.

Kate Spade is popular with designers and celebrities and carries some cache with the cool and trendy...but it's the design and quality that will see this brand remain highly desirable and fashionable.

Kate Spade has won many awards throughout her career. She won the Council of ashion Designers of America award -"America's New Fashion Talent in Accessories" in 1996 and in 1998, she won again for "Best Accessory Designer of the Year".

In 2004 her home collection won three design awards - House Beautiful's "Giants of Design Award for Tastemaker", Bon Appetit's "American Food and Entertaining Award for Designer of the Year" and Elle Decor's "Elle Décor International Design Award for Bedding". This girl is no slouch.