I think it started with "Hello Kitty" then progressed to trips to "Mitsuwa Marketplace" for Japanese fashion magazines? Or maybe it ws after seeing " 'Teen Vogue's" "Sreet Chic harajuku girls" and "Postcards From Tokyo" layouts? Whenever it was, I can't remember a time when I wasn't influenced by Japanese street style. It's my go-to source whenever I get stuck on what to wear. You don't need a lot of money to wear it just a lot of nerve.

Why is Japanese Style So Influential?:

So what makes it so unique? It's cool, fun, eclectic and daring without being ultra-trendy. There are global trends utilized, however, they're just interpreted differently in Japan. Sripes, a print Miuccia Prada used for her top and skirt separates for "Miu Miu" this Spring, are something that has shown up in Japanese fashion magazines in unusual combinations for some time now. It's not out of the ordinary to see a girl wearing a pair of black and white striped tights or socks with a mini skirt, skeaker boots or athletic shoes or her friend wearing a striped black and white mini skirt layered over a pair of jeans. Kitschy carryalls-funky plush animal bags and "Hello Kitty" purses- are carried with the same seriousness as Hermes Birkin bags and jewelry and hats are selected for their madcap edginess.

I first noticed Japanese fashion in the late 1980s when "Vogue" and other high fashion publications featured designers Issey Miyake, Yohji Yamamoto, Rei Kawakubo and Kenzo. More avant-garde than street their designs are a striking blend of artistic vision and excellent craftsmanship.

Miyake became my particular favorite after I saw an exhibit of his "dreamy, ethereal and orgami-like" clothes while living in San Francisco. The first time I ever saw one of his fashion shows on t.v. it completely changed how I looked at fashion shows for the rest of my life. He used the modern dance troupe "Pilobilus" as models and the way they flowed down the runway in his creations demonstrated a masterful touch executed by a true poet.

Tina Chow, model, muse, and jewelry designer and singer Grace Jones were the perfect embodiments of Miyake's clothing during the 1980s. Chow's androgyny accentuated by a short haircut, "uniform of Kenzo trousers, white Hanes t-shirts, Keds sneakers and her own pared down jewelry" was as ground-breaking then as Miyake's designs because it brought the modern Japanese style sensibility to the Western mainstream. Sadly she died at 41 of AIDS but her style lives on. In 2009 Chloe designer Hannah MacGibbon paid tribute to Chow with a white pantsuit and the designers at Gucci created a brown evening dress, with spaghetti straps, that looks like one she might've worn out on the town in the 1980s.

Bright, witty and uniquely Japanese three artists-Simone Legne, Takashi Murakami and Yoshitomo Nara-brought the kooky animated style of Manga and Anime to mainstream American audiences through art exhibits and with fashionable accessories. In 2006 Legne partnered with "Le Sportsac Bags" and added his quirky illustrations of "tulips, milk cartons and other characters" to their "cosmetic cases, messenger bags, and duffles" embuing them with an innocence and freshness that was universally appealing.

Murakami did the same thing in 2003 when he collaborated with Louis Vuitton and injected their logo laden merchandise with fantastical creatures and splashy hues.

"Cuteness or kawaii is treated almost as a religion in Japan," he said in the August 2003 "GQ" magazine.

Topping the transition from a kids only must-have to an adult's has to be Sanrio's "Hello Kitty" items which have become very sophisticated lately without losing their youthful exuberance. The last time I looked at their website I was impressed at how chic their new bags-"Hello Kitty Jersey with a black face", "Hello Kitty Sweetcandy bag", and "Hello Kitty Denim Tote UK" looked. Priced under $100 they're budget-friendly status makes them even more irresistible to me.

My love for Japanese street style has opened up a lot of interesting avenues for me which have enriched my life and made me want to visit Japan all the more. But until I realize my dream of actually going there and being photographed in the Harajuku district in an amazing outfit for "Fruits" magazine I can dress the part.

Whether It's Fairy Kei, Black Diamonds or Gothic Lolita It's Still Cool

Japan: the Land of Beauty, Art and Style 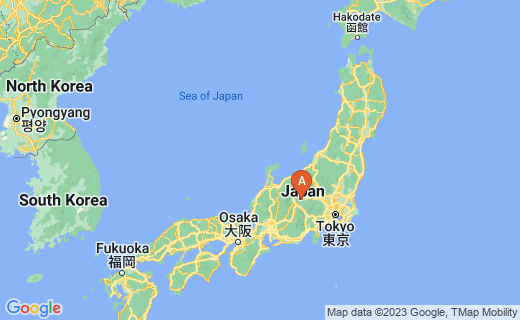 Mitsuwa Marketplace Is A Great Place to Hang Out