The No!No! hair removal device has been around for a while now but recently had quite a buzz online after having their newly upgraded 8800 model featured on a television program.

I know that you may be having questions about whether this hair removal device works so I'm writing this review hoping that I can save you the time looking around trying to decide whether you should get it or not.

Below are the results of my findings.

The No!No! hair removal system is a small device about the size of a small electrical shaver. It promises to remove up to 94% of your hair safely, effectively and painlessly using the cordless, battery operated device.

Unlike other devices, the No!No! has been approved for use on the face.

It uses what they call Thermicon (the name suggest that the device uses heat to remove the hair ) and a small display window shows the available battery charge and tells you when to replace the Thermicon Tips (the end of the device that is used on the skin).

One big initial turnoff is that the No!No! burns the hair (they say that's how you know it's working) so you'll have to decide whether you want to take the chance cutting yourself or smelling like burnt hair. 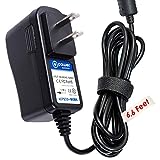 After browsing the internet for a while, I found that the consensus pointed to the No!No! not working out for many who were hoping it would end years of searching for the perfect hair removal system.

Here's a video clip of the No!No! being used on The View and the initial reaction to the device.

Not a very good reaction for a TV spot but at least she was honest. Note that the device being used on The View is the No!No! Classic which has been replaced by the No!No! 8800. Too bad it still burns the hair.

The difference is that the 8800 is cordless and has been approved for use on the face, meaning they've managed to make it safer and you can now remove more hair.

Then there were the other reviews I encountered at Amazon where the No!No! is sold. Some of the positive, 5 star reviews seem like they were written by enthusiastic employees of the company that sells the No!No! as a fee reviewer pointed out.

I find it very Fishy how most of the 5 star reviews are all on same day. January 26 & 27 2011! Seems very odd since all the other reviews are staggered over time. You can tell that it's their marketing people doing it! Guess what no!no!, people are not that stupid!!!!! Also the reviews from those dates are careful to point out at least one flaw so that it looks real. Sometimes they point out flaws that have already been fixed (like cordless models etc..) in an effort to upsell people even more. The language used in those reviews is similar & another similarity is the way the paragraphs are spaced out in the same way & you can tell it's a marketing person writing it. I also must say that all the other positive reviews that could be real were written by people who have only used it a few weeks. According to them it takes months to see real progress so those reviews shouldn't even be counted. Review from Amazon.com

Many reviewers who have tried both the No!No! Classic and 8800 devices opted to give the No!No! a negative rating of 1 stating the many faults of the product mainly:

Here are some reviews by customers on Amazon and other online sources:

I bought this for my wife back in September. She used it for 3 months 3 times a week and it did not show any results. She is of Italian heritage and has very coarse hair. So your millage may vary. I bought her a Silk'n for Christmas and it seems to be working, but it is still too early to tell.

The company replaced the broken wire quickly which is very impressive customer relations but the customer wasn't placed with the way the device worked or didn't work for her.

Sephora.com used to carry the product but no longer does. Meanwhile at HSN.com, the average rating for the product was 1.7 out of 5 stars.

DOESN'T WORK WELL ON THE FACE BECAUSE YOU HAVE TO WAIT FOR THE HAIR TO GROW OUT ALITTLE. NOT A GOOD LOOK. ALSO IT MADE MY FACE BREAK OUT. IT WOULD BE OK FOR OTHER PARTS OF YOUR BODY. A lot OF WORK FOR THE MONEY. Review from HSN.com

I found that the No!No! doesn't have a very good reputation among people who bought and used the device and the complaints are all along the same line.

Should you get the No!No!? You decide.

So you may be thinking that you still have to settle for expensive laser treatment procedures or put up with ongoing shaving and waxing.

There are alternatives to the No!No! that doesn't use burning technology to remove hair. One guy in the review above mentioned the Silk'n Sensapil which does seem to work well with customers. There's been a lot of positive reviews for that device online and you can check out the review I did on the Silk'n SenSapil device.

I hope this review helped you decide whether or not to get the No!No! hair removal systems and if you have any experience with the device whether good or bad, please leave a comment in the form below.