Obin - The Cloth Maker from Indonesia 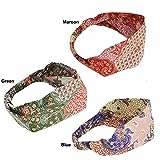 Or Ang Siok Bin, is a little girl with unusual behavior. For instance, she's so captivated with a bucket of soap water, her body bent, her eyes lit on a rotating movement of water in it. Her imagination grew and imagining herself as the white soap bubble. After that, she ran into a large field and felt the wind blow and stroke her body. Her feeling and thoughts were so sensitive. For her at her very young age, everything was so real.

She used to be called as a strange child, nobody understand her at the time, she was born in 1955, in Jakarta Indonesia. She had a hard time in school too, in the year 1967, she asked her teacher, "I didn't understand, I just learned that the earth was created in seven days, but why suddenly there was a statement that the earth occurred in thousands of years." And no one answer can satisfy her curiosity. Her teachers were dizzy and she's grounded. Too bad..

After her daddy died, her world turned upside down, she barely can breath (literally), and she looked so depressed.

Well, finally her mother took her to psychiatrist, the good one, so he told the little Obin, "Bin, you were born much more before you supposed to be born, one day you will find the era where there will be many children like you." and forty years later, her condition is called autism symptoms.

She grew up into a beautiful girl that had a very efficient ability. She worked at her daddy's travel agency in Kopi Street, Jakarta. She had many friends although she never graduated from primary school (imagine that), she never felt inferiority toward others. Her devoted friends for 30 years said, "She is a person who understand the meaning of friendship, down to earth and easy to help others." She used to bring her favorite dishes for her friends. She is a special woman.

Obin married in such a young age and her marriage ended after she had an eight years old son. She decided to leave her husband and son. She told Elang, her son, "I left your daddy but not you." She realized she can't afford to live with her son.

She rent a small room and used the room as her office in the morning and as her bedroom in the evening.

Just a few months after she left her husband's house, his son decided to stay with her. As a young single mother, she fought hard with live and survive.

She started a business as a lamp cover maker and couch cover, and finally she established her first store, Bin House in 1986, when she was 31 years old.

So, her adventure with Indonesian traditional cloth begin. She traveled to many cities and region in the country to learn how to make those cloths, she learned straight from the master. And her uniqueness in thoughts and saw something and her imagination help a lot with her works.

She got insomnia and she always think and think, so her time is used mostly to make a piece of precious cloth. A piece of her cloth can be made in months and made by hands.

For years she worked alone to build a dream which was not popular in that time, to preserve Indonesian traditional cloth, like Batik, tenun-ikat or ikat weaving, songket, and many more.

She is also known to be very professional and a perfectionist. "Many of her ideas seem impossible to do. But in Obin hands, she can make it happen, "said INET Leimena who had been her stage director on her solo performance. "She asked for seven screens and the conveyer belt on the stage. While the models have to practice dancing for months. It's an unusual thing, "INET provides an example. Then she said, "At first I did not like Obin. Now I'm stuck, longing for new things in the works with her."

Bin house opened its first shop in Jakarta, which was soon followed with scores of textile exhibitions, mainly in Japan and in Indonesia.

The following year, BIN house entered an International Textile Design Contest held in Tokyo and won the first prize with an ikat piece that is entirely handwoven. Batik making has now become the main focus of Bin's work. Together with her team of artisans at BIN house, she continuous her research and experimentation in batik making and other techniques.

In addition to cloth making, Obin has also participated in international forums such as seminars, symposiums, workshops and discussions on textile making, the most recent of which was "Artisans of South East Asia" a symposium organized by UNESCO and The Toyota Foundation in 2001.

Now she has many boutiques, five in Indonesia, four in Japan, and one in Singapore. She has 2,500 cloth makers who work for her all around Indonesia.

"Fashion is about be yourself." Obin