Parrot tattoo designs are among the more colorful tattoos, and rightly so. While I prefer the darker tattos, as they seem to really look at stand up much better, and you can appreciate the quality much more, in the case of tattoos of parrots, it's one of the few tattoo themes where color adds to it, rather than takes away from it.

Another thing about parrot tattoos is they're never inked on alone, they always include some object of some type with them, as a parrot alone just doesn't work. Other animals or birds will work at times by themselves, but a parrot seems to need something, even if just a branch to stand on, to look right.

And speaking of branches, that's be far the overall choice of a prop to go along with the parrot. The only thing that surprised me there is I thought I would find more parrots flying, as they have great color and look great.

But probably because of the body shape of the parrot, it goes good on legs and arms, which aren't conducive to flying images. There is one where the parrot looks like it's just landing on a branch or spreading its wings, and you'll be able to see what I mean there.

Still, when we observe parrots, for the most part it's while they are perched on something, so it's understandable why that's the main parrot tattoo design people want.

If you want a tattoo that looks good with color, a parrot is definitely one way you can choose to go, as it looks great, as you can see below in the parrot tattoo photos. 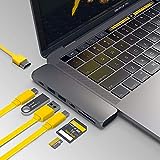 This parrot as a pirate tattoo is great. While it isn't colorful, the addition of the obligatory pirate's patch, along with a peg leg is priceless. Really a fun tattoo.

In contrast, the parrot pirate tattoo below that one looks great with the patch, but instead of a peg leg, that one includes a cool pirates hat. And how about those not-so-obvious pirate clothes on the lower one? Either one of these parrot tattoos work great.

Of course when you think of parrots, one of the things you also think of are pirates. But rather than include a parrot sitting on the shoulder of a pirate, let's look at a couple of tattoos where the parrot is a pirate.

I'm not sure if this is a parrot or cockatoo, but I liked it so included it.

What's really good about this one is the design. While making it wouldn't have been that difficult, applying it in a way the ink wouldn't run and blend it together was. That in itself makes it a good tattoo.

But the lines, look and color also help it stand out and be compelling.

The coloring of this parrot tattoo isn't anything to brag about, but it is nicely done in the sense of the way the tattoo artist scaled it according to the shape of the leg it's inked on.

Even the branch is done well in that way, and it flows down the leg in a way that allows a nice symmetry.

Tattoo Photo of Parrot on Leg

This parrot tattoo struck me with the deep green in it, which stands out nicely, but the hues of the green are great too, as they mix together.

The colorful head, neck and stomach of the parrot really are done well, and even though contrast in color greatly, somehow blend in a way that it doesn't interfere with each other.

Some people get tattoo like this and keep them as is, while others color in the backgrounds. I don't know if this tattoo is completed or not, but if it is, it's great with the background just like it is.

I really like it when tattoo artists create these types of lines, and to me it really helps the main image stick out nicely, while allowing us to see it relates to a particular environment.

Parrot Tattoo on Back Shoulder

Parrot tattoo in middle of flowers and bushes

While many of these parrot tattoos involve bright colors, this one works great for just the opposite reason.

Tattoo of Parrot centered in flowers and reeds

The parrot tattoo below has everything you would think of in terms of our assumptions and imaginations of what a parrot looks like, and it sure emphasizes it's terrific colors in this tattoo.

I hope the person wearing this doesn't mind attention, because its loudness will ensure you get attention, whether you want it or not.

If the last parrot tattoo was loud in its red color, this one is loud in its orange color, and the detail on this, along with all the colors, is extraordinary.

I would have liked to have seen the entire tattoo, which includes what looks like a pirate whose shoulder the parrot is sitting on.

This last parrot tattoo puts all the elements of a great image and design together, and has it all.

To me it's probably way too much, but I included it to show all the various types of additions to a parrot, along with the colors, you can have with a parrot tattoo.

You could go to any area of this tattoo and get ideas for something a little less obvious and extravagant. Either way, it's still a great tattoo, and a very difficult one to make.

I hope you enjoyed this look at the variety of ways, designs and colors you can include when being inked with a parrot tattoo.

As you can see, you can be very subtle and look very good, while at the same time let it all hang out with the amazing colors a parrot represents, and really look like an artists' canvass.