I am a Los Angeles-based professional fashion/feature writer who's been writing for over 25 years now.

Back in the Day

My Story as an African American Fashionista

I'm not exactly sure when I fell in love with fashion but I do remember who my first role model was my mother. Tall, thin with a cigarette between her fingers and a book or magazine tucked under her arm when she read in bed at night after work, I watched her silently as she wafted in and out of the bathroom, in a cloud of Wind Song perfume each morning.

The same clothes she emerged in and loved wearing back then during my childhood in the '60s and '70s-chemise dresses, trouser suits, Bermuda shorts, flared bellbottoms, and Boho tops-later became my favorites as an adult. One of her suits-a red, white and blue plaid Evan-Picone miniskirt suit found its way into my closet and I still love wearing it today with the straw vintage Lilly Dache hat I bought a while ago at Westchester Antique Faire.

The Beginning of African American Style for Me

My turning point in wearing clothes that both represented my African American heritage and passion for fashion came when my mother bought my aunt and I a red daishiki skirt, one Christmas, with a matching Afro wig. The first time I wore it I truly felt transformed and chic!

I didn't connect with my culture sartorially again until the 1980s when I bought an oversized Cross Colours t-shirt in the 1980s. Big, bold and funky I loved wearing it then with white knee-length Bermuda shorts or skin-tight black and white capris, a vintage men's blazer, Ked's sneakers or Converse. Popularized by Bruno Mars and Cardi B. in the video for his hit song, Finesse, Cross Colours has been revived for a new generation. Currently, the California African American Museum even has an exhibition featuring the clothes, called Cross Colours: Black Fashion in the 20th Century.

When I visited the Black Design Collective Pop-up Showcase at FIDM earlier this year I had the chance to interview TJ Walker, co-founder for Cross Colours and he told me,"At the time, when I started the company with my partner, Carl Jones, there were not many people of color in the industry, so it was a struggle."

With the release of the movies, Lincoln, Django Unchained, Roman J. Israel, Esq., Black Panther and the upcoming birthday of Martin Luther King Jr. I've been thinking about how significantly African American dress has influenced the film world and fashion worlds. What does it mean to dress that way now? Does it mean following the conservative guidelines exemplified by Michelle and Barack Obama? Does it mean flaunting your individuality like Tracee Ellis Ross, Meghan Markle, and Beyonce? Or does it mean being a total free spirit and adhering to the kuro gyaru style of the Black Diamonds or copying the Japanese Gothic Lolita look in frilly little girl dresses and matching parasols? Fortunately, thanks to Hollywood and inclusiveness within the fashion industry we have a choice, so one day we can remain well-dressed and sport in revived preppy and the next float along a beach shore in an African caftan and leather sandals. Personally, I'm overjoyed this new latitude has redefined African American style.

African Americano: Influenced By My Surroundings

Since my recent re-awakening, and the Fashion Styling class I took last Spring at Academy Of Art University, I can't help noticing the changes in my life that led to my current mind-set. It started with a major culture shock when I moved first from one area where within walking distance I could walk to my favorite thrift stores, Ross Dress For Less, art galleries, and restaurants in a multicultural neighborhood to one where I have to take a bus or tram to wherever I need to go in town.

In my new residences, I've become accustomed to a predominately African American and Hispanic population who wear skinny jeans, leggings, pajama pants, athletic gear and short-shorts depending on the weather, instead of the stylish designer and second-hand togs I saw in my old neighborhood. Of course there is a small majority who dress well for work, but on the whole, ultra-casual and passe trends rule.

It doesn't matter that Vogue, Harper's Bazaar, Fudge, California Apparel News and InStyle magazines say tight and short is out, it falls on deaf ears in this part of the city. Despite this, I was still forced to confront my prejudices about these trends, when my instructor for my Fashion Styling class insisted we create an Editorial Concept using clothes and accessories within our zip code.

Shopping With a Plan

In addition to creating a concept based on various sources of inspiration from the movie and book If Beale Street Could Talk to Nina Simone, I called my Editorial African Americano and used Tish Rivers as my muse. After being exposed to people who dress apart from the fashion industry standards and visiting stores like Traps, Target, Rainbow, Malik Books, etc., I discovered a treasure trove of excellent finds. Visualizing my muse as a modern-day young African American woman who either goes to school and works in retail, an office, at a school or library, I then created a realistic budget for her and coordinated outfits from mall stores, chains, ethnic shops and thrift stores.

Despite the decline in popularity of the kuro gyaru trend in Japan I'm still enamored by the way the members of this style tribe interprets Black Chic. My favorite gal group, Black Diamonds originated in 2012, from the roots of the movement that started in the 1990s. Inspired by African American R'n'B artists, I suspect they've also copied blaxploitation stars Pam Grier in Foxy Brown and Tamara Dobson in Cleopatra Jones, then sampled some of the best looks from '70s Soul Train.

Through my research I've discovered kuro gyaru actually rebel against traditional forms of beauty by reveling in the artifice of "man-made wigs, fake eyelashes, fake nails" and outfits that consist of "hot pants, graphically ornate tees, big belts, over-the-knee boots, animal print faux fur coats, leg warmers, bellbottoms and jumpsuits." Although most of the Japanese sector shop in the Shibuya district of Japan, just think how fun it would be to experiment with their look at Halloween with inexpensive merchandise from Forever 21, Goodwill Thrift Shop, Rainbow, your local wig shop, and drug store make-up brands like Revlon and Rimmel.

The Future of African American Fashion

Looking to the Future

As for the future of African American style, I don't know where it'll go or what its influence will be, but I hope wherever it lands it'll get the respect it deserves and the recognition it demands.

Global and Ethnic Styles Are All The Rage

Do you think African-American style is a positive representation of the race?

Style Doesn't Have To Be Expensive

Looking Good In The Neighborhood 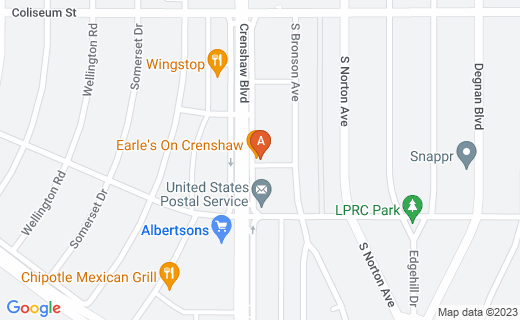