Tattoos, Body Piercing and other modifications

What do you expect?

If one more person says “If she’s going to look like that she has to get used to the fact that some people are going to be mean.”  No, no she doesn’t.  No one has the right to make mean or snide comments to someone else based on how they look.  We don’t accept that type of behavior when it’s directed toward someone who is fat, or has a disability, or is different race. So, why is it ok to treat someone like that because they have pink hair, or a tattoo or a facial piercings? It’s ok to be mean to them because they choose to look that way?  I say, nay.

Is that your natural color?

Every single one of us does something to modify our physical appearance so that we can feel good about ourselves. Some people dye the gray in their hair. Some people exercise religiously to beat their bodies into the perfect physical form. Some people straighten their curly hair, and some people curl their straight hair. Men grow mustaches and beards, or shave them off. To each his or her own.

To my daughter, beauty consists of tattoos, piercings and multi-colored hair. She finds the tatted, the pierced and the Mohawk wearing public beautiful. She has dyed her platinum blonde hair, red, purple, pink, blue, blue and pink, blue and black, blue, black and pink, and blue, black and purple. She has had it long, short, in a Mohawk and most recently completely shaved except for her bangs. She’s changed her hairstyle and color so much; we don’t know what she looks like. One thing that has always remained is that she is still beautiful. She has her lip pierced in three places, both nostrils and her septum, and her earlobes are stretched.

So many colors, so little hair

Her first foray into hair dying was to dye the under layer jet black. It looked great. She enrolled in a modeling class that summer. With her classic Nordic features, long legs and bubbly personality, she made friends with everyone. At the end of the class they had a runway show and all the parents were invited. Afterwards, as I walked down the corridor I heard a mother talking to her daughter in a negative way about my daughter. The girl, who was younger than Freya, warmed my heart. She stood up to her mom and said, “No, Mom! Everyone loves Bubbles. She’s so sweet and fun. She’s great.”

In middle school she was in the orchestra. It was spring concert night and I was sitting in the hard uncomfortable bleachers waiting for the show to start. Behind me I hear, “Look at that girl with the pink hair. Oh. My. God.” Pause . “Well, I guess if that’s all she does, it’s ok.”

I turned around and as calmly as possible said, “It’s not really any of your business what she does and does not do. Next time you decide to talk about someone’s child, stop and think, because her mother might be sitting right in front of you.”

When she started her first job, she worked in a Water park snack bar. By then she had a couple of tattoos and facial piercings.  The kids were all nice to her. The adults were another story. Not the adults who worked with her, or supervised her. No, the customers.  Here we have a young high school girl working in a hot kitchen in the hottest summer on record, and she still manages to smile and give good customer service. And what does she get in return? How about comments like, “You look ugly with all that crap in your face.”  Really? Does it make grown people feel good to make a teenage girl go home crying everyday and eventually quit her job? Oh, yeah, that’s right. She has to expect and accept that because she chose to look that way.  Right.

It maybe cliché, but it’s true. One, don’t judge a book by its cover and two, if you don’t have anything nice to say don’t say anything at all.  Everyone in this country has the right to creative expression.  We also have the right to freedom of speech; however, you right ends where it starts to impede the rights of others.  Just because you think something, feel something or have an opinion about something doesn’t mean you necessarily need to voice it.  Especially, if it’s going to hurt someone else.

Isn’t it hard enough to raise a daughter in today’s world? Mothers, and fathers, too, of daughters everywhere don’t need so-called adults putting their daughters down because they have a different idea of pretty. Because the place they found that they feel they belong and are accepted is “among the freaks.” Honestly, I’d rather deal with piercing, tattoos and weird hair colors and styles, than drug abuse, teen pregnancy, gang activity or eating disorders. Heck, I prefer the freakish outsider to the mean girl. I just want to raise a daughter who has self-esteem and who isn’t afraid to follow the beat of her own drummer. Heck, I am glad her whole band is weird. I don’t think I could relate to a “normal,” daughter.

Next time the girl with the tattoos and the bluest eyes you have ever seen, smiles at your 3-year-old daughter, don’t jerk your daughter back like you just passed a monster. Smile back. You’ll be glad you did. 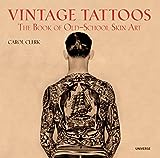