My spring colognes are scents I feel may be too heavy for everyday summer use (based on my body chemistry) because of summer heat. My spring scents with the exception of one are fairly new releases or a scent that has been or has just been released depending on when you read this.

5-Very Irresistible for Men by Givenchy –Released in 2005 makes it way on my best 2011 spring scents for men. Very Irresistible for Men by Givenchymakes a great winter scent and a perfect spring scent. The reason this scent is bringing up the rear is it could be a touch too heavy if we have one of those record temperature days.

This scent will make a great casual get together, first date, school or work scent. The opening grapefruit note has a mood lifting, anti depression effect. The mint note also fights the blues while providing a boost in concentration while clearing the mind. The cedar base note is another oil in the mix that is known for its ability relieve calm, sooth and relieve tension.
What more can you ask for in a work scent that lasts about six hours in my experience? 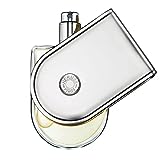 4- Voyage D'Hermes-Voyage D’Hermes released in 2010 is my number 4 pick. This is smooth unisex fragrance is a scent I don’t smell on many people male or female which has the makings for an excellent stand out scent. Voyage D’Hermes features:

Voyage D’Hermes will also make a great work or school scent. It would also make a great date scent in that it’s not too heavy but heavy enough to handle a date in a restaurant or any other place a cologne will have to compete with other odors for attention.

By now I’m sure you may have noted a couple of common notes in my spring 2011 picks. These notes aren't appearing in my picks by accident. These are deliberate choices. I have several things I look for in a cologne.

My cologne search starts by doing a little research. I like to know what’s in a cologne, I like to know what effects the oils in the cologne will have not only on me but others around me. My approach to cologne is part smell, part aromatherapy. 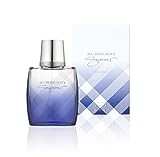 2-Burberry Summer 2011 for Men-Burberry Summer is my second favorite summer 2011 spring scent based on a non-scientific study. After I determined I liked this cologne, I took it to the streets so to speak and asked a random sampling of women what they thought of the this cologne as opposed to my top choice for a spring 2011 favorite cologne.

The results were pretty much what I expected. The standard response was this is a cologne they would expect me to wear if I was with them on a first date or a casual date. Burberry Summer 2011 for men features:

Of course Burberry Summer 2011 for Men features Cedar and Sandalwood notes. The citrus and mint notes help balance out the other note to create a relaxing fragrance that works well as a date scent.

Hell I’m not above my polices and personal rules with regards to buying a cologne when I hear the same comment over and over from Black women and White women aged from 23-56 years old that come from different ways of life I figure I’m on to something.

How To Choose And Wear A Fragrance

The Best Perfumes For Your Lady