Thank you for clicking on this page about the fashion style of b-boys during the 80's. For 3 years, I've trained with old school b-boys who took efforts in keeping the art to its roots. By habit, I started focusing on brands that were good for sports while being vintage b-boy attire. Unfortunately, most brands are working on new designs every day. This makes it harder to stick to traditional break dancing apparel. You had to be with people who had lived during those funky days to learn the ways of their clothing. As a guy interested in clothing, I've taken note of what they considered to be part of the classic b-boy tradition. New to the dance scene, I had to figure out how to blend in with the crowd. That's how I learned about the original ways of dressing like a b-boy. A few years later, here I am eager to share with you the secrets to look like an authentic breaker. I will be dividing this hub into four sections. Headgear, hip-hop accessories, tracksuits and b-boy shoes. This article will refresh your mind on what the dancing scene was all about back then, clothing wise.

The head spin is one of the famous moves to be thinking about when mentioning break dancing. Being difficult to learn throughout an individual's breaking career, b-boys suffer cranial pressure. It may take a few years to master and enforce your skull's density. But it pays off: giving an amazing demonstration of physics and art. There exists a beanie made for break dancers. It helps optimize the execution of the dancing maneuver. I am talking about the head spin beanie. It is a beanie with a special pad on it. This translates to less friction between your head and the floor. Also, beanies were very popular among break dancers. Caps contain a button on top. When performing a head spin, it is a big discomfort. That is why beanies serve as good head gear to perform. It's good for wearing during practice because its material doesn't stick to the ground. The pads aid you on being able to spin on any dance floor. Most serious b-boys might experience a bit of hair loss due to friction on the scalp. As a cure, head spin beanies have pads designed to reduce this problem. I, myself, have not experienced hair loss and, to be honest, my blue head spin beanie saved me from it. A brand by the name of Kangol was hot back then. My b-boy teacher would show up to practice with his vintage hat on, showing it off. While it may not be best for dancing, people wore these hats while being out with their crews. Having a fresh outfit was as important as their capabilities during a battle. Groups would often match color tones, using their outfits. In previous times, rappers had started sporting this brand. They influenced youth and lifted the brand's sales. They were a craze. Everybody had one. Hip-hop Movies had actors wear them all the time. This brought the company a new audience to look out for. 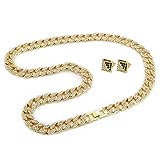 The accessories for young people were massively inspired from old school rappers. Like in the 80's, a big trend was to have a Cuban chain on. The bigger it was, the better you looked. You would see dancers out in the clubs shining. Their bling would be grabbing everybody's attention. Anything that was in gold became funky. Gold bracelets, rings, chains, glasses, and earrings were the ultimate trend. The people loved their gold. It represented luxury, money, riches. Rappers with jewelry were on every MTV music video. Diamonds and gold necklaces became a way to flaunt. Making a statement. Fashion has always been powerful in the hip-hop community. Identities formed through clothing preferences. You could recognize someone's music preferences by looking at their accessories. Indeed, this was a vibrant time in history.

Hip-hop in the Media

To look like a real breaker, you had to have nylon or a tracksuit. This was a vital sign of being in the dance scene. Tracksuits and windbreakers were playing a big role in break dancing history. Owning one of these was part of hip-hop tradition. They were lightweight, durable, friction-proof and stylish. Being perfect for hip-hop dancing. It's important to remember that funk and disco music were booming in the 80's. Colors were the main focus in the fashion world. Saturated, bright clothing was being made. Having a variety of colors and an appealing 3-stripe design, Adidas had made its name back then. Crews had their dancers wear the same colors. They loved to illustrate fraternity. Another thing worth mentioning is sports. As it is today, most hip-hop fans were into it. Wearing a jacket with a team on started back in those days. Rap groups like Run-D.M.C. and N.W.A. wore Starter jackets in their photo shoots. As you would guess by now, media influenced youth again. In cold cities, Starter jackets represented being hip. Having the up on trends.

Any runner sneaker can be good for hip-hop dancing. Though, they won't be part of the old school b-boy outfit. What you need is to know which shoes b-boys wore. I'll keep it simple by mentioning the two main break dancing shoes: the Puma Suede and Adidas Gazelle. Rudolf Dassler is a German man who started making shoes in 1924. 24 years later, his brand Puma was born. New to the market, they released basketball shoes that hadn't taken off. That is until b-boys had adopted the shoe as part of their tradition; giving the Puma Suede a niche in caring for. At that time, dancers would often buy a pair of fat laces to sport. The fatter the better. This was a little detail that added points to the shoe's aesthetics. Puma Suedes would tend to look more attractive if they were clean, fat laced and loose. Which brings to mind that these people did things differently. Again, making a statement.Another shoe that interested b-boys and girls were the Adidas Gazelles. Being more compact and slim, they were good for power moves. As a solid, comfortable shoe, they are very durable. The fabric protected your feet from any hard crashes. I remember practicing my windmills when I was young. Sometimes, my feet would come swinging straight into the ground. You would hear a loud smack. But, with gazelles, you won't feel the pain. Proving them to be good for use during practice and rehearsals.

As you can see, old school b-boys had their own style throughout the 80s. To them, hip-hop came to expressing themselves in a peaceful manner. Straightforward, I'd say that the deeper message was to be free. Do whatever you want! Be yourself! These are the real teachings of a hip-hop lifestyle. This culture is here to help change your perspective on life. It helped plenty of kids who struggled with identity. That is why millions of people have found their place in this funky society. They can't help but feel a sense of fellowship between each other. We are all here to be creative and make a name for ourselves. Nobody can take that away from us. That is the true philosophy of hip-hop.

The Essence of Bboy Clothing in one Video

When Basquiat was hanging out with Madonna and Fab Five Freddy, and all those worlds were colliding, people have to realize hip-hop and the arts were like this 'cause we both were outcasts: we wasn't allowed inside the galleries or inside Yankee Stadium. We were writing in the street and making music.