Zircon a beauiful natural gem not to be confused with CZ's

The Beautiful Zircon gems' reputation has suffered for the past 30 years due to the introduction of a diamond simulant Cubic Zirconia.   A natural mined from the earth Zircon Gem is NOT the same material as the artificial gem material Cubic Zirconia (or CZ). However due to their extreme brilliance Zircons have been used as a diamond substitute  both for innocent and nefarious reasons for hundreds of years. Zircon resembles diamond in luster and fire. Colorless zircons can be mistaken for diamonds even by experienced jewelers. Keeping this in mind Zircons can make a very attractive and affordable alternative to Diamonds.

Hindu poets tell of the Kalpa Tree, the ultimate gift to the gods, which was a glowing tree covered with gemstone fruit with leaves of zircon. Zircon has long had a supporting role to more well-known gemstones, often stepping in as an understudy when other gems were unavailable.

In the middle ages, zircon was said to aid sleep, bring prosperity, and promote honour and wisdom in its owner. The name probably comes from the Persian word 'zargun', which means 'gold-colored', although zircon comes in a wide range of different colors.

The minerals jargon, hyacinth, and jacinth also contain zircon and these have been known since biblical times and are mentioned in the bible in several places. The existence of a new element within these minerals was not suspected until studies by Martin Heinrich Klaproth in the late 18th century who isolated Zircon in 1789.

Zircon has been around in jewelry for hundreds of years. It is known for its high dispersion ( sparkliness) and for many years was used to imitate diamonds.

Because of its association with radioactive elements it is often used in radiometric dating. The oldest object to be discovered on Earth is a tiny grain of Zircon, 4.3 billion years old.

Zircon occurs in a wide range of colours, but for many years the most popular was the colourless variety, which looks more like diamond than any other natural stone because of its brilliance and dispersion.

Today the most popular colour is blue zircon, which is considered an alternative birthstone for December. Most blue zircon is of a pastel blue, but some exceptional gems have a bright blue colour. Zircon is also available in green, dark red, yellow, brown, and orange.

Zircon is one the December Birthstones

The three birthstones associated with December are Tanzanite, Blue Zircon, and Turquoise.

Lapis was also used in the past but has fallen into disfavor as a Birthstone.

The first variety is called jacinth (also spelled hyacinth) and was used to a great extent in classical antiquity. It occurs in the clear, transparent red, orange, and yellow colors.

The Second is the blue variety called starlite or Siam Zircon.

The third which is the colorless variety is called Ceylon or Matura diamond.

According to some Zircon relieves pain. It is said to whet one's appetite. Zircon also prevents nightmares and ensures a deep tranquil sleep.

Zircon supposedly helps one be more at peace with oneself. Zircon is believed to provide the wearer with wisdom, honor and riches. The lost of luster on a Zircon stone is said to warn of danger.

Zircons in the rough

Gem-quality zircon is normally brown, but blue, orange, black, pink, green, yellow and colorless stones are also found in nature. Zircon may contain up to 20% of the elements hafnium, yttrium or uranium. These stones are mildly radioactive, and have often become "metaminct", which means that their crystalline structure has been broken down due to radioactive decay. Most Zircon rough is heat treated to improve the color, and this treatment can also restore the crystal structure in stones that have decayed due to radiation. Radioactive Zircon that has undergone the "metamiction" process is occasionally called "Low Zircon", while stable Zircon with an intact crystal lattice is known as "High Zircon".

Most gemstone grade Zircon is from placer deposits, in the form of rounded, water worn pebbles. The gem gravels of Thailand are the most important commercial, followed by deposits from Myanmar and Sri Lanka. Cambodia, Laos, and Vietnam also produce Zircon as a by-product of corundum mining. Norway, Germany and Russia produce Zircon but in lesser amounts. Madagascar and Brazil have produced some very large Zircon crystals and Canada and the United States also have small gem grade zircon deposits. The world's most important deposits of industrial grade Zircons are in the heavy sands of Queensland, Australia followed by deposits in the United States and South Africa. Industrial grade zircon is a $900 million industry. The ceramic industry uses approximately 55% of the Zircon sand produced and an additional 35% is used in the refractory and foundry industries.

What makes it so Sparkly?

Zircon has the distinction of being one of the few substances with a refractive index nearly as high as a diamond.

A Diamond has a refractive index of 2.419

Sapphires and Rubies have a refractive index of 1.766

The higher the refraction the sparklier the gem.

Refractive index , also called Index Of Refraction, measures the bending of a ray of light when passing from one medium into another.

This is easily demonstrated: Place a pencil in a clear glass of water. If you look at it from the side it looks like the pencil is bent or broken.

Zircon is one of the heaviest gemstones, which means that it will look smaller than other varieties of the same weight.

A 1 carat Zircon will be smaller then a Diamond, Ruby, Emerald and many other gems of the same weight.

It is also the only gem in the tetragonal crystal class.

Minerals of the tetragonal crystal system are referred to three mutually perpendicular axes. The two horizontal axes are of equal length, while the vertical axis is of different length and may be either shorter or longer than the other two. Minerals of this system all possess a single 4-fold symmetry axis. They may possess up to four 2-fold axes of rotation, a center of inversion, and up to five mirror planes.

Where is Zircon found?

It can be foind in beach sands in many parts of the world, particularly Australia, India, Brazil, and Florida. Gem varieties occur in stream gravels and detrital* deposits, particularly in Indochina and Sri Lanka, but also in Burma, Australia, and New Zealand. Zircon forms an important part of the syenite** of southern Norway and occurs in large crystals in Quebec. Zircon is also found in Cambodia, France, Myanmar, Thailand, Nigeria and Tanzania.

*Detritus is a geological term used to describe particles of rock derived from pre-existing rock through processes of weathering and erosion.

Zircon will chip and crack rather easily though it has a hardness rating of 7. As with all gems, protect Zircon from scratches and sharp blows. Avoid hot water, sudden temperature changes and household chemicals. Store jewelry made with Zircon in separate boxes or wrap each piece in white tissue paper.

Â·Transparency crystals are transparent to translucent.

Â·Crystal Habits: dipyramidal and prismatic as discussed above.

Â·Other Characteristics: is sometimes fluorescent and darker crystals may be radioactive due to impurities of rare earth elements.

How is your chance!

Healing Crystals and Gemstones: From Amethyst to Zircon
Buy Now 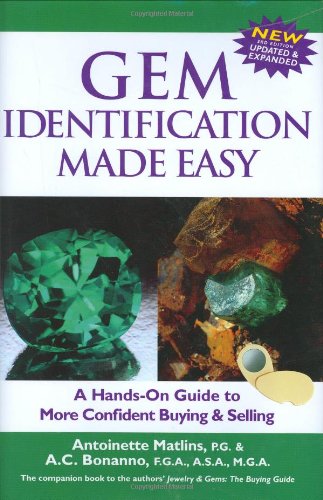 Please tell us what you think. If you like this lens, please vote for it. If you really, really like it please hit

Please tell use what you think.