Is Skin So Soft insect repellent the answer or is Deet still the cure-all for pesky biting insects. Moquitos are every where and Its hard to enjoy those summer evening cook outs, family gatherings camping trips, fishing trips and the list goes on and on. Some people rarely get bit by mosquitoes while others are mosquito magnets. There are things you can do to help control mosquitoes in your area such as dumping stagnant water and using bio control such as Mosquito Dunks but you'll never eliminate them.

Although the buzzing, biting and itching could drive anyone crazy, that's not the worst thing mosquitoes can do. They carry diseases and lots of them. Making sure that you and your family are using something to eliminate or reduce bites from mosquitoes is very important.

The Centers for Disease Control and Prevention recommends using repellents based on icaridin, DEET, or oil of lemon eucalyptus (which may require more applications), for protection against mosquitoes that carry the West Nile virus, Eastern Equine Encephalitis and other illnesses.

N,N-Diethyl-meta-toluamide, abbreviated DEET, was developed by the United States Army, following its experience of jungle warfare during World War II. It was originally tested as a pesticide on farm fields, and entered military use in 1946 and civilian use in 1957. It was used in Vietnam and Southeast Asia.

As a precaution, manufacturers advise that DEET products should not be used under clothing or on damaged skin, and that preparations be washed off after they are no longer needed or between applications. DEET can act as an irritant; in rare cases, it may cause skin reactions.

Citing human health reasons, Health Canada barred the sale of insect repellents for human use that contained more than 30% DEET in a 2002 re-evaluation. The agency recommended that DEET based products be used on children between the ages of 2 and 12 only if the concentration of DEET is 10% or less and that repellents be applied no more than 3 times a day, children under 2 should not receive more than 1 application of repellent in a day and DEET based products of any concentration not be used on infants under 6 months.

evidence that, besides having known toxic effects on the olfactory system, DEET also acts on the brain of insects, and that its toxicity is strengthened in combination with other insecticides.

Although DEET is a very good insect repellent it does have its drawbacks. Its oily, has a strong smell and can be unsafe for small children. DEET is an effective solvent, and may dissolve some plastics, rayon, spandex, other synthetic fabrics, leather, and painted or varnished surfaces including nail polish.

Icaridin (Picaridin)has been reported to be as effective as DEET without the irritation associated with DEET. According to the World Health Organization, icaridin "demonstrates excellent repellent properties comparable to, and often superior to, those of the standard DEET.

Picaridin is a truly effective alternative to DEET that provides long lasting protection. Developed to be more pleasant to use, it is odorless, with a light, clean feel. It is scientifically formulated for everyone in the family.

It has been used worldwide since 1998, and is one of the best selling active ingredients in Europe and Australia. It has been recommended by the World Health Organization as the best protection against Malaria.

Picardin has been used worldwide since 1998, and is one of the best selling active ingredients in Europe and Australia. It has been recommended by the World Health Organization as the best protection against Malaria.

Unlike DEET, icaridin does not dissolve plastics.

Kills mosquito larvae for 30 days! Mosquito Dunks have been used by professionals for more than a decade and have proven their value in destroying mosquitoes - by killing the larvae before they mature into biting adults. 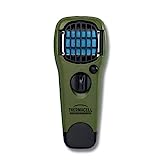 Portable and convenient for on-the-go use. Repels deer-ticks for 12 hours and mosquitoes for 8 hours. Pack of 8. Each individually wrapped towelette, 9" L x 5 1/2" W.

Mosquito Netting - Great to have for any occasion. Nice to put over a baby stroller on those evening walks. 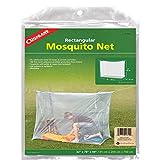 Mosquito Foggers - If you're ready to wage war on flying insects, here's your secret weapon. Just fog your favorite outdoor area before your activities begin an