There are a number of beauty secrets from all around the world, but I'm truly mesmerized by the Indians and the Swiss customs the most. The Swiss have been practicing the very techniques I mention in this guide, and have been doing them for decades. And each one comes directly from the goodness of nature. So it only makes sense that these people rarely have a skin issue.

And as we all know, nature has the power to beautify, reverse and correct anti-aging skin, and can even boost the metabolism, just in case theres a need to enhance a diet plan . And would it surprise you to know that any beauty regimen promises faster and better results if the main fruit, berries or herb are eaten on a daily basis. And the best way to use them is in supplement form.

As wonderful as nature is I have to say that precautions must be taken for those under a doctor's care. As always, check with him or her, before using anything that contains real herbs and/or essential oils.

I absolutely love this photo of a hot tub filled with hot steamy water, with a lovely backdrop of snow covered mountains on a cold wintry day. The popularity of soaking this way is mind blowing, and growing each and every season.

In an herbal class, I learned that cold weather in fact does slow down the dreaded aging process. This is wonderful news for those of you who live in the coldest climates. And no wonder Avantouinti is a Swiss tradition. If you're not familiar with the term, it's the process of exposing the (naked) body to the coldest temperatures imaginable.

Usually this is done by swimming or taking a dip in a ice hole in the dead of winter, or sitting in a hot tub, while the temperature around you is 30 degrees or less. The later is actually offered at many fine mountain resorts. 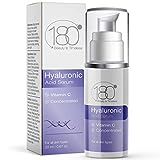 Hyaluronic Acid Serum for Face w. Vitamin C - Ages 30 to 40 - Anti Aging Serum Face Moisturizer & Restorer - Concentrated Face Serum for Smooth Supple Hydrated Skin - 180 Cosmetics
This is the ultimate Vitamin C rich serum that provides just the right amount of gentle exfoliation for the skin. And let me tell you a little secret: anytime you consider using a facial product especially in liquid form, always look for those in amber or blue bottles. These are the purest and richest products on the market.
Buy Now

Swisa Beauty Dead Sea Body Butter Milk And Honey - Thick and Creamy Skin Softener Leaves The Skin Silky Smooth and Refreshed.
This body butter cream is not only thick and creamy, it also contains shea butter and ultra rich dead sea minerals to pull out the toxins, to expose nothing but smooth and beautify the skin.
Buy Now

Anti-Aging at Its Best

I know about these anti-aging Swiss beauty secrets; the wonders of the alpine apple and Edelweiss. I'm also no stranger to temperature variations. I have to say, it did give me a burst of alertness, and I felt refreshed.

1. Switch The Temperature of Your Shower:

The first anti-aging Swiss beauty secret is hot/cold water variations. This method of energizing the body raises the metabolism, which was popularized by a naturopath Sebastian Kneipp nearly a 100 years ago. The first time he did it, he said that he felt much healthier. Researchers did their own studies and proved Kneipp's theory, that if you switch your hot shower to cold at the end, it will help you lose weight and have you feeling great all day long.

Apparently, the fluctuation between cold and hot temperatures will cause the capillaries to contract and dilate, which improves circulation as well.

To do this at home: simply take a normal shower, and at the end, turn the water temperature down as low as you can stand it, for a cold burst.

Here's another option: if it's very cold where you live, after you take a nice hot shower, immediately run outside (with a robe or light clothing on, of course) and stand there for as long as you can take it.

A perfect example of this can be seen in the movie, "Grumpy Old Men," when (health conscious) half naked Anne-Margaret did in fact do this.

There's even a third option for you to try to it's called ice swimming which is very popular in Finland and many other countries, even in Canada and the United States. It's called Avantouinti (ice-hole swimming).

The second anti-aging Swiss beauty secret is alpine apples. Truly, they are the only apples of their kind, in that they stay fresh for a long time after they've been picked. A study has shown that when these apple cells are placed on human cells, they made the cells immune to UV light damage. UV lights is in fact a cause of wrinkles.

The third anti-aging Swiss beauty secret is the Edelweiss flower, which is already widely used in many cosmetics, and for a good reason. It not only grows in the Swiss Alps, it has skin softening properties and enhancing antioxidants that shield against aging, especially against UV lights.

Swiss Wonders for the Skin!

I completely trust these Swiss made products that contain everything needed to fight aging skin. The ones I highly recommend are by Swisa Beauty, because the skin products are formulated with the Swiss herbals and fruits, I've listed in this guide. For beautiful skin, you must take care of the inside, as much as you do the outside. Eat healthy and consume antioxidant rich dark leafy green veggies and fruits. In truth, the Swisa products are my number one choices for great skin. 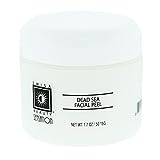 Swisa Beauty Dead Sea Facial Peel - Gentle Peeling To Remove Dry and Dead Skin Efficiently and Effortlessly - For All Skin Types.
Swiss beauty creams are excellent products for the skin, but on occasion the skin should also undergo a gentle facial peel, containing powerful anti-aging berry extracts. This product gets rid of impurities, cleanses the skin, and opens the pores. What you’re left with is beautiful glowing skin.
Buy Now 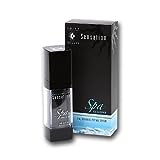 Swisa Beauty Sensation Line Reversal Peptide Serum Dead SEA Cosmetics.
In my opinion, this is the most wonderful skin serum on the market. It's made with all the essentials, to deliver great beauty benefits. It's a very potent and effective product, and has been known to erase lines and wrinkles, and did this without the help of another product.
Buy Now 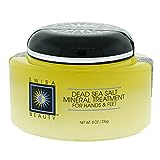 Swisa Beauty Mineral Treatment, Pineapple Mango, 8 Ounce
Any skin care or anti aging product derived of Dead sea salt is a product for me, but only if the other ingredients are safe and natural. I love knowing that when the time comes, there are promising products that will stave off the signs of aging, like this one does.
Buy Now

The Essence of Beautiful Natural Skin

This book reveals budget, but very powerful Swiss beauty secrets used in not only Switzerland, but all other countries around the world. Learn about ancient beauty secrets of the Swiss that will energize the body and keep your skin supple and young looking. The added plus is that you don't have to travel all the way to Switzerland to reap these amazing benefits. But I wouldn't mind going to one of nature's most beautiful places, wouldn't you?