Which Type or Color of Gold is the Best for Jewelry?

Yellow or white gold? If you are thinking of investing in a fabulous piece of jewelry, one of the first things that you have to consider is what precious metal you are going to choose. Gold is still the most popular metal for jewelry to be made from, so what different types are there out there for you to choose from? The name gold derives from the Anglo Saxon word geolo, which means yellow.

This precious metal is present in the Earth’s crust in relatively large quantities and is very malleable and ductile. A single gram can be beaten into a sheet of gold leaf around one metre square. Since the early years of the twentieth century South Africa has been the world’s biggest producer, but in recent years China has overtaken them. When most of us think of gold, we think of the gleaming yellow metal, but you can also find white gold, rose gold and even more exotic colours such as blue, lime, bronze and purple gold. 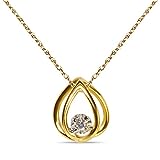 Gold has been known and used to create jewelry and ornaments since ancient times. Nuggets can be found in the beds of streams and rivers across the world, and the beauty, gleaming yellow colour and shine of the metal would have attracted our early ancestors to treasure and work with it.

It can be found in a nearly pure state, so is easy to work, and the workmanship shown in some very early artefacts is superb. In ancient civilisations the radiant yellow colour of gold was equated with the golden warmth of the sun, which was worshipped in many cultures, and it was considered to be a precious metal that symbolised kingship and was worn by royalty.

There are some magnificent golden treasures from antiquity in museums across the world including the amazing solid gold coffin of the boy king Tutankhamun, the treasure discovered by Heinrich Schliemann in Troy, and the amazing gold Anglo Saxon artefacts unearthed in the Staffordshire Hoard. It has also been used to make coins since early times, with the earliest known gold coins being produced around 700BC by Lydian merchants. Throughout the Middle Ages it was used extensively to create precious vessels to be used in churches and to gild shrines, crosses and even spires and roofs.

As exploration put Europeans in touch with new lands such as China, India, the Americas and Australia, new sources of gold opened up, and in some cases such as the conquering of the peoples of South America, vast quantities of gold artefacts were looted and shipped back to Europe. In the case of North America, South Africa and Australia, gold rushes occurred when new gold fields were discovered and thousands of people flocked to them to seek their fortune. 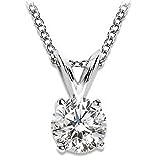 Choosing the Colour of Your Gold

So how do you choose what colour of gold for your jewelry? Yellow is still far and away the most popular colour, then white is the next favourite, followed by rose. The other colours of gold are still quite rare. The colour is determined by which alloy metals are mixed with the pure metal. Alloy metals are mixed with gold to harden it up as pure gold is very soft and is not sturdy enough for use in most jewelry.

Yellow gold is created from adding the alloy metals copper and zinc to the pure metal, and how much alloy metal is added effects the depth of the yellow colour. So 18ct will be a deeper yellow than 9ct gold, because the 18ct gold contains a bigger percentage of the precious metal. The metal alloys used to create white gold are white metals such as silver and palladium. Nickel used to be a common alloy used in white gold, but nickel can cause an unpleasant skin reaction in some people when it is used in jewelry, so its use is largely being discontinued.

The colour of white gold is actually a light grey rather than pure white, so it is often plated in rhodium to give it the desired light white shade. Rhodium is a metal that is similar in composition to platinum, so it is fairly hard. However, although the rhodium is hard, the plating on your white gold jewelry will wear away over time and you will need to get it re-plated every couple of years. White gold is also generally the most expensive to buy of the three most popular colours, but you should pay more or less the same for yellow and rose gold. Rose gold is created from a mix of pure gold with copper, and it is also known as pink or red gold.

What is your favourite colour of gold?

When you are looking for gold jewelry, one of the things to look at is what carat the metal is. The carat is the percentage of pure gold that is mixed in with the various metal alloys to produce the final precious metal. You sometimes see carat abbreviated to ct or sometimes kt for karat. You can find gold jewelry in a range of carats, with the usual carats being 9ct, 14ct and 18ct, with 18ct being the most expensive as it contains the largest proportion of pure gold.

The purest gold is 24ct or 22ct, and although you can get jewelry in this carat in some parts of the world, it is not generally used because gold this pure is too soft. Jewelry is generally stamped to show the carat used in its making, and you can expect 9ct to contain around 37.5% of pure gold, 14ct to contain around 58.5% and 18ct contains the largest amount at around 75%.

When you are looking for gold jewelry, 18ct is much more expensive initially than 9ct, but what you need to remember is that 18ct is a lot harder wearing than 9ct . Therefore, if you want to buy a piece of jewelry such as an engagement or a wedding ring that is going to be worn every day for years, if probably makes sense to invest a bit more money and choose an 18ct gold ring, as it will look new and shiny for very much longer and will be a much better investment.

So whatever your preference when it comes to the colour or carat of gold, you will find that there is an absolutely huge selection of jewelry to choose from. One of the best places to look for gold jewelry is online, and Amazon has a great range of jewelry in all the colours to browse from. There is gold jewelry to suit every budget and every taste. It makes a great gift, especially if you are choosing a romantic gift for your beloved. So look online today and find that perfect piece of gold jewelry that you have always dreamed of.