Most Useful Security Systems For Home

Have you ever wondered the advancement in technology has given us some of the most useful security equipments which come really handy when you are away from your home for your Home Security? These security systems are not only capable of detecting any intrusion in your house in your absence, but also can intimate the police authorities about any such event. Some of them even go up to the extent of showing you exactly what is happening in your house even if you are at a remote location.

Below are two top Security Equipments worth considering for any Home Security Systems:-

Below is the some of the DIY Wireless Alarm Kits 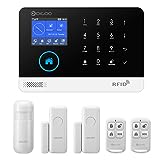 They come as wired panel as well as wireless panel. The panel is installed at a central location in the house and comes along with various sensors also called input devices to detect any intrusion. These sensors are installed at various strategic places in the house where a movement and intrusion is possible when you are away from home. The sensors include PIR motion sensor to detect motion, Glass Break Sensors to detect any type of intrusion by breaking the glass and most importantly door sensors also called magnetic door contact to detect opening of your main door when your panel is activated.

All you have to do is to activate your panel in “AWAY MODE” – the modes can be differently named in different branded panels. In AWAY MODE – the moment someone tries to break open the main door or even open it with a master key/duplicate key, the magnetic door sensors send the signals to main panel, And in return the main panel take multiple actions depending upon the features loaded in that particular brand and on the number of output devices attached with the panel. One of those actions is to activate the hooter attached to the panel as output device so that neighbors can hear that and know about the intrusion. Another action is to send message or to dial phone to preloaded phone numbers with a prerecorded message. This activity is done with the help of SIM or a dedicated telephone line in some of the panels. The messages in this way can also be sent to Police Authorities or to any of the central monitoring stations if any. Imagine a person is outside his town and still is able to track and is update of any event of burglary happening in his house through these prerecorded messages which his loyal burglar alarm panel is sending. 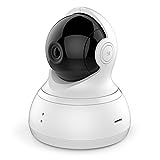 - Installation of a CCTV Security Camera for Home Security surveillance is very common and has become a preferred choice for majority of those who want to be vigilant and alert as far as security of their house and near and dear ones is concerned.

The thought of secretly monitoring the areas with the help of cameras installed there at a central place in house or at some remote location can thrill you for a moment and you may fantasized a bit as being a part of a thriller movie, but it is a fact that today CCTV Security Camera System is no more a status symbol or something to show off, but it is genuinely required to guard our houses not only in our absence but also in our presence as we can not keep a watch at all the places of our house simultaneously.

With IP Cameras, even a remote monitoring is also possible where the camera the camera is connected to the network though switch and routers so as to get the video streams even at our laptop while we are online. 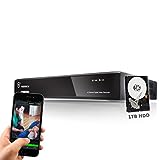 Cost of the CCTV Surveillance System can further be reduced if we switch over from IP Camera to a DVR based System if remote monitoring is not required. DVR based system consists of a DVR, cameras and a monitor. DVR generally comes as 4 channels, 8 channels, and 16 channels and so on. Total number of security cameras that can be connected to the DVR is the total number of channels available in DVR. Like in a 4 channel DVR, 4 cameras can be connected though coaxial video cable. DVR along with recording of video also gives output feed to a monitor screen, where actually the surveillance takes place. DVR based system is an economical system and is most suitable if remote monitoring is not required and number of cameras is less.