This iPhone owner group has been with Apple from the beginning. They were loyalists through rough 90's and were early adopters of each product release... even Apple's unsuccessful products.

They won't change. Ever. They consider themselves shareholders of the brand because all their technology dollars go to Apple. They may even still have an old Macintosh just to show you how loyal they are.

The "Wanna Be" iPhone Owner

These owners like being seen with designer items. They may not necessarily have the disposable income to live a high life, but AT LEAST they have an iPhone.

Even though they don't have a nice house or nice vacations, they can still take selfies and post social quips with the best of us! "New clothes for the kids? Nah. I need the new iPhone."

If you are this owner then you really know it. You see all this excitement around Android phones releases and realize that another phone manufacturer may be a better fit... So, why don't you change?

You don't change because you have so much already invested in Apple. You have built a relationship with your iTunes library, and can't separate from the music and playlists you have built.

You don't want to disrupt your perfect array of apps like you don't want to wake a sleeping baby. You're trapped and you know it... that is until these platforms learn how to share like we were taught in grade school.

This is the hardest one to self diagnose. Why? Because you have always had an iPhone or always get the best phone available. You don't understand why people make a big deal about a couple hundred bucks when buying a phone. Well, I can probably guess that your dad, mom, girlfriend, boyfriend, husband, wife, or other provider keeps your devices up to date. You don't feel the pain of dishing out cash for the latest iPhone.

Why is that spoiled? Because the majority of iPhone owners likely consider a few hundred dollars for a phone that will only be relevant for 6 months a lot money.

Maybe you DO realize that you get the best... that only makes your attitude toward others more annoying.

You are the conscious owner of the iPhone. You don't just get Apple products because you've always done it, it's all for looks, you aren't trapped and you aren't spoiled. You have made the calculated decision to be an Apple user. Your reasoning may be for the following reasons:

There are other good reasons to choose an iPhone. This is in no way saying that the iPhone is the way to go in terms of smartphones. Android phones have made huge strides and will be a great option now and in the future. It is sadly a hard transition between the two parties... again, maybe sharing will be more of the equation in the future. 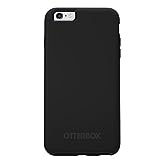 Kind of hilarious that this is even a "thing" right now. Who knows if there have really been instances of people microwaving their iPhones, but funny regardless.

People will believe anything.

Thoughts on the iPhone...

How do you regard the iPhone (all models)?

Was anyone else surprised about the hype and demand of the iPhone 6 and iPhone 6 Plus? I know that the screens are bigger and the phone is thinner, but it is just a phone release.

Each release I am increasingly surprised that the parade that Apple has created continues. If the iPhone 6 release had such big crowds, what is the Apple Watch release going to look like? C-R-A-Z-Y, right?

Did I miss an iPhone owner group or want to share a funny story?