How to choose which mini tablet to buy

Although not as big of a purchase as a normal tablet or laptop, a mini tablet is still a fairly big purchase. It's just big enough that you want to make a good choice the first time around. There are several to choose from, but I'm going to focus on three, the IPad mini, the Kindle Fire HD, and the Google Nexus 7.

Side by side comparison

When comparing the base models of each, all three tablets have different strengths and weaknesses. The iPad Mini has a front and rear-facing camera, larger screen size, and is lighter. The Nexus 7 has the fastest processor, and is the only one with available NFC. The Kindle Fire HD is the only one with a mini-HDMI out, and can get free movies and books from Amazon Prime membership. Although the iPad Mini has a bigger screen, both of the other options have a better resolution. Also, even though the screen size is the same, the Kindle Fire HD is about an half an inch wider than the Nexus 7, as seen below.

While the iPad Mini does have two cameras, I really don't see it as a deciding factor. All smartphones have cameras, so they would be more convenient, and virtually all digital cameras will take better quality pictures, leaving very few situations where it would be beneficial to take a picture with a tablet over one of those choices. Still, if you feel that you would need to use it for taking pictures at some point, it's a factor to consider.

Although Itunes has a larger selection of apps than Google Play or Amazon, with all three you should be able to find basically any app you need. The main difference is the variety of apps that do the same thing a little differently. If app availability is a huge concern for you, it would be best to look through the selection of apps before you make a purchase.

This section is where Apple both falls behind and pulls ahead, depending on what you are looking for. At the base models, Apple gets blown out of the water price wise. The Nexus 7 and Kindle Fire HD are both priced at $200, which the iPad Mini is priced at $330. The iPad Mini does have extra features, but nothing that validates the much higher price tag.

When it comes to upgrade options, on the other hand, Apple wins big. The only upgrade for the 7 inch Kindle Fire HD is 32GB storage. The Nexus 7 has a 32GB both with and without HSPA+ available. The iPad Mini has two more sizes, 32GB and 64GB, along with a cellular option for all three sizes.

I'm not going to name which one is the best, mainly because there isn't one that is best in all situations. In my opinion, the best bang for your buck is the Nexus 7, if you mostly read books and watch movies, the Kindle Fire HD has a clear advantage, and if you want the biggest, baddest mini tablet and money isn't a factor, the 64GB cellular iPad Mini (priced at $660) is your best bet. To find out which is the best for you, you'll have to take a good hard look at exactly what you want out of your mini tablet. 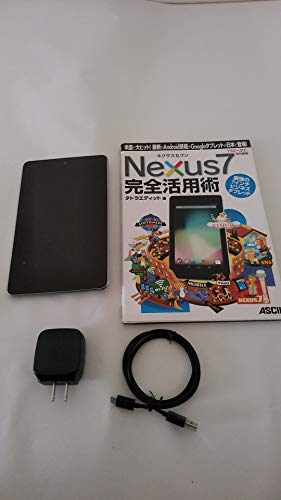