Nowadays, a letter in the mail from a relative or friend that lives far away may come as a big surprise . Or it may not come at all. However, that was not the case just few decades ago, not speaking about few centuries ago.

Lately, the communication technology has developed with an almost instant speed. From a letter that took months to cross the ocean, to a face to face instant video conference have been only 168 years.

Everything started, sadly, with the death of a loved one.

A communications system in which a message in the form of short, rapid electric impulses is sent, either by wire or radio, to a receiving station. Morse code is often used to encode messages in a form that is easily transmitted through electric impulses.

Telegraph - the beginning of instant communication

The telegraph was invented because the death of Samuel Morse’s wife, while giving birth to their third child. In 1825, Morse, then a painter, was in Washington, painting. While he was working on the portrait of marquise De Lafayette, he received a message from his father telling him that his wife have fallen ill. Those days, the messages were sent by land or water, carried in boats or by horse rides. It took days to reach someone in a nearby state.
As he received the message about his wife, Morse hurried home, in New Haven, Connecticut. But he arrived too late. His wife was already dead and buried at the age of 25.

Although he had a successful career as a painter, Samuel Morse decided to find a way to faster communicate important messages. That involved the use of science knowledge and skills, that he acquired while studying at Yale, and were already applied on earlier works.

At the time, the researches on electricity and electromagnetism were already making important progresses and discoveries. There were also other men involved in projects about long distance communication and building rudimentar telegraphs. Morse just need it to apply them in a creative way, which he brilliantly did.

In 1930s, Morse invented the electric telegraph that linked two distant places by a wire charged with electricity. It took him more than ten years to perfect his patent and overcome the biggest challenge: reaching far away. By fast switching the current on and off, a code pulse was generated. The message lay in the code that was invented by Samuel Morse and is called The Morse Code.

In 1943 the Congress approves the construction of a telegraph line between Washington, DC and Baltimore, Maryland. A year later, after the line is finished on ground poles, Morse sends his first message over a commercial telegraph: “ What hath God wrought”.

In 1966, the first telegraph message crosses the Atlantic. Samuel Morse died in April, 1972, at the age of 82, living behind a great legacy remembered through generations.

An instrument that converts voice and other sound signals into a form that can be transmitted to remote locations and that receives and reconverts waves into sound signals.

The next step in long distance instant communication was to replace the pulse code with a sound. It was an idea that had captivated scientists mind around the world with early theoretical works in Germany. A serie of scientists developed early prototypes of an apparatus that would carry sounds but the first practical use of such early inventions came from Alexander Graham Bell.

Bell, borned in Scotland, was fascinated with sounds and speech and elocutions, as his family had a great history in teaching elocution. Also, his mother deafness, made him experimenting with sounds and language signs that led him to an early study of acoustics.

At the age of 23, in 1970, Bell and his parents moved to Canada. Then he moved to United States where he found financial support from wealthy and influential people for his experiments. He was trying to transmit human voice through a telegraph. He worked with an young electrician called Thomas Watson and, in 1875, he patent his invention of an acoustic telegraph, in a race of patents with other scientists, but mainly with Elisha Gray.

But he didn’t have a working machine at the time.He experimented with water vibration but then abandoned this idea, focusing mainly in electromagnetic vibration that became the base of his work.

From here to the worldwide spread of this amazing device was just a matter of time and money. Now, a telephone is an essential item in most of the world. More, when the space era begun, in the 1960s, a new technology arise: the satellite communication.

Satellites were sent into space and telephone signals were captured and bounced all over the world in a dance of microwaves rays. Suddenly, the most remote area of the world could be reached in a second. Nobody was isolated anymore as far as he had a telephone or the next revolutionary device: the mobile phone.

Emerging from this new technology was the mobile phone that required no wire. It works by sending and receiving messages via microwaves directed to special stations. They built those stations in a cell structure, hence the name cellular phones. The more stations, the bigger the network, the longer the distance that could be covered.

The telephone network was the foundation for the next great thing in instant communication: the Internet (which you are probably using to read this article).

Internet - an instant communication of data

The Internet is the youngest of all instant communication systems. It started in 1960s when the American Army developed a network of computers called ARPAnet (Advanced Research Projects Agency Network). Although this wasn't the only network in the world, it is credited with transmitting the first data using packet switching, a method created by the english scientist Donald Davis and Lawrence Roberts from Lincoln Laboratory, Massachusetts. The first world to be transmitted was “login”.

ARPAnet was first developed with the purpose of linking military and government computers in case of a nuclear war, as the “cold era” was at its peak. Soon, other places, like Universities, developed their own networks then, in 1983, they joined ARPAnet to form the inter-networks or Internet. Originally, this first Internet was only used by transferring data files and emailing. But didn’t last long. Six years later, the revolution will begin.

In 1989, Tim Berners-Lee, a british engineer and computer scientist working at CERN (European Organization for Nuclear Research) Laboratories in Switzerland, developed the web, or World Wide Web, or W3. He came up with a clever way of finding information from all the computers joined on Internet. After this date, the Internet exploded and anybody with a computer, a modem and a phone line could join. Today, 2,267, 233, 742 people use the Internet daily. This is 32.7% of the world’s population, according to Internet World Stats @ internetworldstats.com 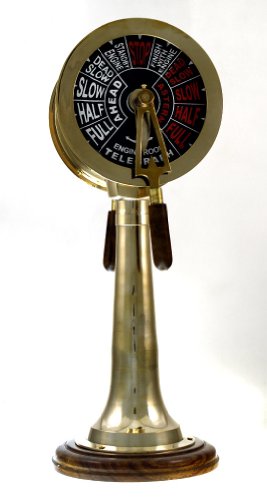