We all have secrets that we share with our best friends and sometimes with our families. But what if you are depressed on something and have a deep secret and confession that you don't want to tell or share to anyone because you're afraid to be judged. You badly needed to take it out of your chest to make yourself feel better. Your best friend isn't there and so your families isn't there too.

Well, there are a lot of anonymous applications you can download using your smartphones where you can share your deepest secrets and confessions without being identified. It's anonymous, no one would know you. You can also interact with them through messaging.

Looking for apps to share your problems anonymously? There are some mobile applications you can directly download. Yik yak, Whisper (app), Secret (app). 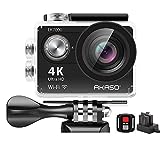 This app is available for iOS and Android phone users. Allowing its users to share messages anonymously within their circles, publicly or friends of friends.

Allows users to create and view discussion threads within 5 miles radius pseudo-anonymously. It's intimate because you can only interact with those in proximity. User's can like, dislike, vote up, vote down yaks.This app is available for iOS and Android phones.

Which of these Anonymous App have you tried already?