Chances are, if you've ever surfed webpages on the Internet, you may at one time have been afflicted with malicious software programs and/or viruses. Firewalls, antivirus programs, spyware scanners, all of these tools may be used to prevent and treat harmful data which insinuates itself onto your computer. Just what is the deal with these things anyway? Do you know the difference between malware and a worm? A trojan and spyware? Keep reading, you're about to learn all you need to know.

They're insidious little programs which can infect the entirety of your hard drive. Commonly mistaken for malware, a virus is a program which copies itself onto your computer. Unlike other malicious programs, a virus can only spread if you transfer infected files between computers. In the same fashion that a bodily infection can spread from, say, your nasal passages and down into your throat, so too can a computer virus infect every folder of data on your computer.

Aptly named in reference to the Trojan Horse, this type of malware is hidden within otherwise useful programs and uses these 'safe' programs to gain entry into your files. From there, a Trojan can perform any number of malicious activities, from erasing data to corrupting files, or even creating endless loops of data to overload your processor.

Spyware is insidious stuff. This form of malicious program is a data collection program designed to retrieve and log your Internet usage, web site visits and other information about your web browsing habits and then reports this back to it's source. Spyware slows down your connection, bogging your browser down with constant communication to it's host. You can get spyware most commonly from freeware/shareware downloads, and this type of program is widely spread in any of it's various forms when you use programs like LimeWire, Kazaa, Bearshare, or any other file sharing service like those.

Malware, on the other hand, is the umbrella term which refers to any process or program which can corrupt files, secretly report your information, or any virus, worm or trojan. Also under this umbrella stands any software program that attempts to reinstall itself after you've uninstalled it, as well as hardware or firmware which adversely affects your computer's safety or performance.

No, we're not talking about the wriggling things in your garden. This is a very dangerous type of malware, because a worm does not require any download or unusual action on the part of the computer user to spread. A worm insinuates itself into any system or computer network, often through popular programs, and spreads on it's own from there. This self-contained malware copies itself on each new system, endlessly recreating its core files. 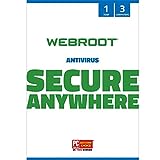