Benefits of A Custom Computer/Hackintosh

Why build a custom rig?

Well for starters I am definitely a fan and supporter of Apple. But I'm not blindly loyal and will go with whatever is best for me. Which happens to be a custom computer and I'll tell you why.

As you may know the graphics cards in the iMacs are very underpowered. They use mobile graphics instead of full desktop graphics. This can be a big problem if you do video work, and would like the convenience of GPU acceleration. Or if you like to game on your computer (through Windows of course). On the processor side while there's quad core versions in reality they're underclocked and underpowered. They do all of this and more in order to keep the power consumption/heat low, but in turn you essentially get a watered down system.

Now one thing I must admit is the screen is nice on the iMac. However after selling my last one I've gotten a new Samsung 27" LED screen, and after some adjustments/getting used to its great. The blacks on it are much deeper and the screen is matte so it eliminates all the glare I had before. Plus I only spent about $200 on the monitor.

Which now brings me to pricing. My last iMac was the mid 2011 version which was priced at $1699. It had a quad core i5 2500s clocked at 2.7ghz, 4GB of RAM, 1TB HDD, and a 6770m 512MB graphics card. In comparison the custom rig I built last august (and am currently using) has an i5 3570k at 3.8ghz, 16GB of RAM, 2.5TB HDD space, and an OC'ed Galaxy 660 TI 3GB graphics card. The total for that system came out to under $1100 including an xbox gamepad I bought. So the total for the rig and monitor was about $1300. Yes I understand there is about a years difference between the hardware of the iMac and custom setup. But the difference in power is still much greater than that. Also you can still get a much more powerful setup with hardware from 2011 compared to the iMac for less.

So now I'm not only able to play PC games in all of their glory, but I can also utilize GPU acceleration in After Effects/Premiere Pro. So its better for both business and personal use. Also its much more future-proofed. It's kind of hard to consider an iMac anywhere near future proof as you can't change out the processor or graphics (at least not easily or for a reasonable price). The only thing you can easily upgrade is RAM which really won't do much when the programs require more processing or graphics power. But custom built computers have many different options. You can upgrade the processor, motherboard, graphics, power supply, and everything else. So if something starts falling a bit behind you can sell it and use the money towards a newer and faster part.

Now you may or may not know but you can have OS X on a PC. I currently have Mountain Lion on my rig. It was actually very easy to setup and theres plenty of guides online that go into detail about how to. So not only do I have an incredibly fast Windows machine but I can still use all of my Mac software as well.

At the end of the day the decision comes down to you. Apple does have some advantages but to me its far outweighed by the disadvantages. If you value your money and like to have the best bang for your buck then the choice is obvious. On the other hand maybe you just like the whole aesthetic of Apple products combined with the ease of use (who doesn't). Just remember what your gaining or losing with each choice and measure how much that matters to you.

If you are interested in building your own custom setup I've made a sample list of parts below. I would appreciate it if you would use those links to purchase the parts for your rig even if you end up picking a different part. I hope you learned some good info about custom computers, and if you have any questions/comments please feel free to leave them below. I'll reply to them as soon as possible. Thanks for reading.

P.S. I know some of you may be a bit scared to build a custom computer yourselves in terms of the actual putting the parts together. I was myself even though I knew a fair amount about computers already. But it really isn't that difficult besides there are videos online (YouTube for example) that show you how to. Or you can find someone who does know how to and have them put it together for pretty cheap and still save a lot. Also if you have a local computer store you can probably work out something with them. Again leave your questions/comments below. Thanks

Custom Computer Setup For Under $1200 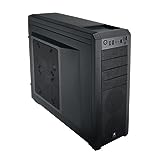 So what kind of computer do you prefer?