If you're looking to build a gaming or performance office PC with a new Ivy Bridge Processor, then you'll need either a GEN3 Z68, Z77, Z75, or H77 chipset motherboard. In this post we'll be looking at a few of the top rated Ivy Bridge compatible motherboards on the market in 2014 at each price range. Before you go be sure to leave a comment with your build as well as any motherboards you feel should make this list.

Choosing the Right Chipset for Your Ivy Bridge Computer

One of the most common questions I get from readers is what chipset of motherboard they should go with for their particular build. While Wikipedia has a more in-depth explanation of each Ivy Bridge chipset, here's an outline of each chipset to help you make your decision:

Z75 Chipset: The Z75 chipset is very similar to the Z77 chipset but has a slightly different Main PCIe configuration of 1 Ã PCIe 3.0 Ã16 or 2 Ã PCIe 3.0 Ã8. Another difference is that the Z75 chipset does not support Intel Smart Response Technology. A good way to remember which chipsets have Smart Response Technology support is to know that the "77" designation represents native support.

H77 Chipset: While the H77 Chipset does support CPU(Bclk) + GPU overclocking it does not support overclocking your system memory. In addition the main PCIe configuaration is simply 1 Ã PCIe 3.0 Ã16. As mentioned above the "77" represents this chipsets support of Intel Smart Response Technology.

Q77 Chipset: The only difference between the Q77 and H77 is that the Q77 has Intel vPro support.

Q75 Chipset: The Q75 chipset does not support Intel Rapid Storage or Smart Response technology. Unlike the other chipsets listed above it has a 5/1 Maximum SATA 2.0/3.0 port configuration. It also has support for Intel vPro.

B75 Chipset: Similar to the Q75 chipset except that the Maximum USB 2.0/3.0 ports configuaration is 8/4 rather than the 10/4 that all of the other chipsets can go up to.

Ultimately my decision is typically not only based upon what I need, but also what offers are availble. All things equal I'm going to go with the best motherboard available. Probably the most popular Ivy Bridge chipset among builders is the Z77 due to it's flexibility and support. 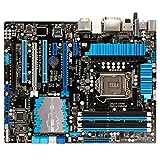 A Z77 Motherboard for Overclocking and Gaming - ASUS SABERTOOTH Z77 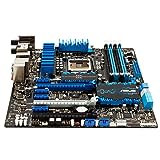 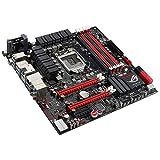