Choosing your own motherboard/mainboard is not that hard. Well, maybe a little… You just need the rest of your system specifications to comply with the motherboard. Thinking ahead is also necessary if you want to upgrade later on. That might not be the case when you have a brand new, custom-built gaming rig, but consider how you might judge the machine five years from now--Moore's law is still fairly accurate.

When planning on building your own PC, the motherboard should be first in line. No matter if you build yourself a system with an AMD CPU or an Intel CPU, its best to choose your motherboard first since it has to comply with the rest of the hardware also. Here is the list of what you need to know about your motherboard.

The biggest differences in motherboards are the CPU slots, or sockets. You’ll have to choose from an Intel compatible or an AMD compatible model. But it does not end there: you also need to know what specific processor model you'll be using since Intel processors use different CPU sockets like LGA 775, 1156, and 1155. AMD processors also use different slots like AM2, and AM3. The CPU socket is always listed in the specifications but it's easy to overlook when you are new to PC building, if you (quite logically) thought that the sockets only differ by manufacturer.

Finding matching RAM is easier. Memory modules are classified into a DDR, DDR2, and DDR3, but these days DDR3 memory used almost exclusively for high-end motherboards. It is faster and generally no more expensive than older DDR2, so a motherboard with DDR3 support is basically a must. What you may also want to check is the maximum memory clock speed since some cheaper motherboards don't support high clock speed like 1600 MHz or 2000 MHz. Although you should be well aware that memory speeds have a comparatively tiny effect on the overall speed of your PC, so spending your budget on expensive, high-end RAM should not be a top priority.

Video cards also come in different varieties. Although nearly all boards today have a spare PCI Express slot, there are also different revisions of PCI-E. Whether it's an AMD/ATI or an Nvidia card doesn't matter – both use the same standards.

However, if you are also planning on running two cards in SLI or Crossfire – meaning two or more video cards on a single motherboard – the motherboard must have the extra slots and compatibility.

On a side note: Two video cards or more will of course result in better performance, but unless you plan on using two or more of the fastest graphics cards available, it is generally more cost-effective to spend more money on a faster single card configuration. 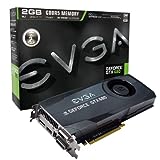 As for the case, a standard ATX motherboard should easily fit in a similarly generic case. If you have decided on building a small (or really small) PC, the alternatives are micro-ATX or mini-ITX motherboards. Small mainboards will usually fit into standard ATX cases, but not the other way around. Choosing a smaller case – particularly mini-ITX – will also, with a few exceptions, lead to space constraints for your video card in particular.

Your hard drive or SSD also needs to comply with the motherboard – particularly if you want to enjoy massive speed boosts with an SSD. They are connected via SATA or ID, but SATA is the latest standard. SATA also comes in different revisions, and using revision 3.0 (6 Gbps) is important for new SSDs that support it. The interface is backwards compatible, but you won't achieve optimal speeds with a SATA 3.0 SSD over a SATA 2.0 connection. An IDE connection might still be around for backwards compatibility, but it shouldn't be used with new gear.

PSUs that are manufactured today have 24 pins but when you do have an older PSU and still want to use it, then better check the power connector on the motherboard since some older ones only have 20 pins.

The most convenient option is to choose a PC case with a built-in PSU, but in that case you have to make sure that the PSU is powerful enough--not so much for your motherboard but for your graphics card. A speedy gaming PC may use up 1,000 Watts or more under full load.

High-end motherboards also come with a variety of features, and most revolve around overclocking the FSB (Front Side Bus), but some models are also equipped with better-quality capacitors and other technical improvements (that are also mostly in place to improve your overclocking chances).

So if overclocking is a top priority, the more expensive motherboards may actually be worth the extra cost. If so, also make sure to opt for a case that is large enough to hold better cooling equipment such as oversized fans or liquid cooling.

The bottom line: A motherboard is all about compatibility, so plan ahead to avoid future regrets.