Communication on the Air! Mobiles it is..

The dial phone which lasted a lot many years

Evolution and History of Telephones

You are part of the communication revolution!

40 years ago the first cellular phone was invented by Martin Cooper of Motorola, almost the size of a shoe box. From Alexander Graham Bell to the present cellphone, its really been quite a journey over the number of years while the heavy looking phone has been transformed again and again. Last 15 years have seen extraordinary changes in the way communication technology has transformed. This year marks the 40th year since the first public cellular phone was made.

When we check 30 years back, we still had the dial up phones which had the punch button system or the dialing system. Everyone had to sit and talk to their friends. This changed to wall hanging phones where we could do some work standing and talking to your friends. Still the wire was the bone of contention between the phone and us.

Then there was a sudden change and the world was introduced to wireless phones, which had their bases connected to the main phone. We could take the phone walk up and down the house, do our work and yet talk. This was wonderful. But this coud not still help us go with the phone on the move and so the advent of the mobile phones started in the 90's.

This was a boon to all those who had ever wanted to talk while moving around in the open world. From a few telephone users, this segment grew to millions in a matter of months. Where one in 10 had a phone, today it is 9 in 10 users today have phones at the tips of their fingers, Even in 2008 there was roughly one in 2 people who carried a mobile.

Let us now look at the kind of telephones which came out and how they have changed over time:

The telephones more less continued to be aprt of everyday life till the mid 80’s. The advent of 1980’s saw the emergence of cellphones with companies like Motorola, Bell South and Nokia ruling the segment in the initial phase.

2001 Nokia 5510 This phone featured a full QWERTY keyboard. It could also store up to 64mb of music; Nokia 8310 This phone contained premium features such as Infrared, a fully functional calendar and a FM Radio; Ericsson T39 This tiny handset was the first Bluetooth-capable phone.

2002 Nokia 3510(i) The first Nokia phone to bring GPRS internet services to the mass market.

All this started in early 2000’s but really took off in the late 2000’s. The smart phone revolution saw a talking machine transforming from mere talking gadgets to gadgets of everyday use. Smart phone technology started with the start of the internet, whereby people could connect on the go, extract information while travelling. It started including the internet, music, torch, radio channels, storage space, compass etc. All this got better and better and Apple brought in the revolution by introducing the first touch phones which looked smart, had better performance capabilities, could store hundreds of songs and could play video. Apps got introduced and the world watched a changed internet scenario. Social media became the name of the game and smart phones used this opportunity to simplify its usage. The only restriction on smartphone capabilities is the limit of human imagination and, of course, current hardware.

Major players in this segment have been :

Apple with its iphone, ipods and the ipads.

Samsung with its galaxy series of phones, tabs and notepads.

Nokia who came in much later

But the major chuck of the pie has been eaten by Apple and Samsung who are much ahead of its peers in technology.

Latest Hybrid Mobiles in the Market

This one's the latest now!

The cellphone technology is now more than just a tool to speak. It has graduated to a different height altogether. While the smart phones first went small and then went large once again to provide a mix of the cellphone with that of the computer, now the latest is to offer OLED technology which makes the phone bend. It is wafer thin and can be easily bent. Technology is getting into the nano mode and everything's getting thinner, slimer and smaller.

Will the mobiles be the last in the talking revolution?

The World is Talking 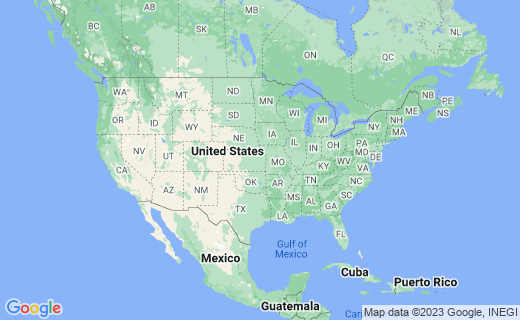