Damages Provoked by Towers of Communication

The demand of the use of cell phones grows each day; this brings a density in lifting up towers in diverse locations.I searched that around 200,000 cell sites in the USA were installed and 50,000 in the U.K. in 2009.

Edgar Montañes, planning and regulations manager of QMCTelecom said that throughout Puerto Rico there are communications antennas which, he said, is far from doing harm to the environment; they promote the availability of advanced services.

The people in charge of these towers think that the citizens are worried that they could fall in case of an earthquake; they sustain that at least ten of the 40 meters of the structure are buried to give greater security to the base station.Before dropping an antenna, an earthquake will drop everything else around; with a pyramidal structure this is impossible.

Today, we know that there is no physical presence of contamination, and what is not seen causes the most damage since there are no outward signs that allow us to take precautions. 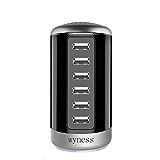 Tower overload
This metal tower records an overweight load that exceeds the limit recommended by the resistance of their materials and design. Lacking the necessary tension lines an earthquake of medium intensity or a gust of 50km /hr can cause its collapse with the consequential danger to the life of the residential sector. Since 2004, the company that owns these towers has tripled the number of antennas, being oblivious to the danger that entails and exceeding permitted levels of radiation.

Tower radiation
Some of these tower antennas have radioactive elements which are used to improve performance and coverage. This could affect the health of the people around and also the workers employed in these facilities. The presence of these radioactive elements have unknown health effects on people as it is being reported. If there is an effect, they have a higher incidence in the health of children since their bodies are still in formation highly sensitive to radiation.

Tower noise
Fans and other electrical equipment of the tower emit persistent noises during the night preventing the necessary and appropriate rest of the citizens living around these towers.

Tower reduces the value of properties
Along with the hazards listed, there is great concern of neighbors because these facilities have a negative impact on the commercial value of the property sector, with implications situated between 10 to 20% of a lesser value from the final price.

Are the owners of the communication towers interested in their economical benefits? Are those people gaining monetary benefits hiding the truth of the damage that these antennas could cause? Is somebody trying to eliminate part of the population?

Let’s not fool ourselves, it is known and proved that after every commercial thing that has been approved, when time passes and damages are proved than it appears that the truth was covered. The thing is that we need to communicate; but are towers of communication the only answer?

The links below are studies made of damages provoked by towers of communication and the video is a real example of what you could do if you are living near a tower of communication or one will be built near you.

Would you allow a tower of communication be built in your neighborhood?

John 16:22 says: "So with you: Now is your time of grief, but I will see you again and you will rejoice, and no one will take away your joy."

Studies on damages provoked by towers of communication