It's obvious that the processor is the main component of the smartphone, which handles all its functions like our brain, but the information that processor or the brain require comes from the sensors within the body.

As we have 5 senses namely sight, hearing, taste, smell and touch, the smartphones possesses much more senses but all of them are derived from the nature. 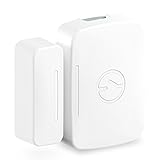 Other than these sensors smartphone companies claim many more recognition technologies and features but more or less they all use one or more of these sensors to recognize and detect the surrounding.

Here is a link to an app which detects different types of sensors in your android smartphone and let you know its functions and properties.

Sensor Box for Android (Detects all available sensors on the device).

Microphone is the most primitive sensor in the phone, actually the second half of the word smartphone describe this sensor. Microphone senses the sound waves in the air and converts it into digital signal to transmit it to listener on another phone.

This sensor was typically used to talk with other peoples at distance but now this is used to record sound, search web, open contacts, start apps etc. in short you can talk to your smartphone and pass him orders simply by your commanding voice.

Apps which use microphone:

There are more than 200 popular apps which uses microphone to perform a task here is a list of few.

Camera was most probably the second sensor added to the phone so that users can see each other while talking. Now the phone became video and photo transmitter along with the voice. But the applications of camera are also not limited to transmitting perceived data. Different apps allow camera to perform in vivid and innovative ways.

In realty Camera is a special type of light sensor, normal light sensors can detect the intensity of incoming light but digital camera have ability to measure the intensity of individual primary components of incoming light; which are red, green and blue. Before hitting to the sensor there is a filter which allow only particular wavelength to enter, so individual intensities could be measured by different filters.

A mosaic of four sensors with four filters (2 green, 1 blue, 1 red) makes a pixel. There are millions of pixel in one camera which is denoted by 'M' as in '2M pixel' and '14M pixel' cameras.

Most of the apps related to camera are for manipulating photographs and videos to give desired and amazing effects. Some apps are also used for spying and creating '3D images' & cinema-graphs. Here is the list of some popular apps.

Like our body smartphones doesn't have touch sensor all over the device, it's limited to the front display screen only. But unlike our skin phone reacts differently with every touch and slide by distinguishing touch pressure, speed, direction, duration and number of points.

The applications of smartphone were most exploited after the evolution of touch sense; all the functions of the device became dependent on touch except for one or two buttons. All the functions from dialing phone numbers to scrolling webpages are now done with the help of this sense. Even the security of the device is now in the hands of touch sense, because many people now use pattern lock in which movement of finger on the screen is used for unlocking the phone.

Almost all apps use touch but these apps are made for it:

Proximity means nearness in space, so the proximity sensor in phone is used to detect things and motions around the phone without any physical contact. In most phones this sense is used to turn off the device screen when user moves the phone near to his ears for a call, this prevents touch sense to perform unwanted actions on screen.

Magnetometer in smart phones is generally used as a compass which shows the orientation of your phone with respect to earth's magnetic field. This sensor also helps to orient maps on the phone screen according to phone's position. Actually most compass in mobile apps use magnetometer in association with accelerometer to find out accurate orientation.

The change in magnetic field which magnetometer senses is called Hall Effect, this effect or sense is used in many mobiles as proximity sensor, flap phones and sliding phones use this sensor for turning on/off their display screen.

3D Compass and Magnetometer (used to explore and measure the direction and strength of the magnetic field of random objects around you.)

The device which measures humidity is called 'hygrometer', humidity sensor(hygrometer) in mobiles works similar to digital thermometer only the difference is that here the flow of current is depend on moisture of surrounding air. Humidity in air affects conductance or resistance of some particular material by measuring that current flow we can find humidity.

First Barometer was very big instrument with 3 feet tall glass tube, which was used to measure the pressure of air above (weight of the above air). The concept behind was that the pressure of the air pushes the mercury in the tube to rise and when pressure drops mercury also drops.

With the lapse of time, innovative ways were discovered for measuring atmospheric air pressure and in the electronic age the measurement was needed in electrical signal, so different methods and technologies were devised to convert the pressure and strain into electron flow.

One of the ways of converting pressure into electric current is known as piezoresistive effect or piezorelectric effect, piezo means to press or squeeze. There are some materials which exhibit generation of electric charge when squeezed or pressed, this phenomenon of the material is used to measure atmospheric pressure in some of the modern pressure sensors.

There are some materials in the nature which when exposed to light; outer electrons from its atoms are stimulated to be used in electricity flow. This phenomenon of the material is known as photoelectric effect. With the help of this material many types of photoelectric sensors are developed which detects light and generate an output signal to perform a task. Two of these sensors are ALS and RGB sensor.

Ambient Light Sensor (ALS) is used for detecting overall light intensity of the surrounding and then it adjusts the brightness and contrast of the display accordingly which helps battery to run long. Camera in the device makes use of this sensor for adjusting flash and other settings.

RGB Sensor also works on the same principle but it can distinguish between RED, GREEN & BLUE light as it consist of three receivers each for one light. Receiver of red light is same as ALS receiver only it has a filter on it which doesn't allow green and blue to penetrate, in the same way green and blue receivers have their filters.

RGB sensor can detect proportion of each primary color in the surrounding light, thus it can detect color temperature and adjust white balance in the device display.

Air Gesture Sensor in some devices recognizes the hand gestures like moving your hand left & right, up & down. These types of gestures allow the device to scroll and move pages on the screen. Gesture sensor can detect infrared rays which are emitted from hot objects; these rays are also electromagnetic rays like visible light. In some material electrons are stimulated by visible light as we saw in light sensor and some by ultraviolet and some by infrared.

Working of infrared sensor is same as light sensor only the material in the receiver used is responsive to infrared. As our hands are hotter than the surrounding it emits infrared rays and sensor can detect the the movement of our hands.

GPS is Global Positioning System, but in this context you can say it Global Positioning Sensor. Actually it is a system consisting of 27 satellites (24 active and 3 backup), which helps you to derive your device's exact position on the Earth. To become a part of this system your mobile phone needs a GPS receiver (sensor), which receives the signal from four of these 27 satellites and obtains the position by calculating it's distance from those 4 satellites.

The process of finding the exact position of the device with the help of these satellites is very interesting and its very nicely explained on 'How GPS Phones Work'.

Golf GPS Rangefinder Skydroid (perfect golf companion for your phone or tablet. Improve your game, while staying focused on golf)