The Exciting Future is Just Ahead!

How we have evolved!

It has all been a part of our science projects when in school and college...ice-age mammoths turning into modern day elephants, stone age tools being converted into modern day equipment, the old age wheel turning itself into the beginning of the industrial revolution, the stone age fire getting its due in the form of lighting up our homes and surroundings and lots more. Everything has evolved over time. Some have got extinct over time or obsolete and those which have survived have changed their forms to improve the lives of everyone.

Here we are going to show what new stuffs are there which can benefit for all of us in our day to day lives.

The history eye glasses dates back to the 1st century A.D. wherein glasses were worn to just read a few words from single rimmed glasses and that too only by the elite class. This has evolved to everyday reading glasses and has started to being worn by all kinds of class of people. It has also started to define fashion today. Subsequently glasses were converted to another important feature of providing protection to the eyes against light radiation by the sunlight, debris etc.

But lately the interesting feature of eyeglasses is that has now it has now got transformed into being used for night vision, as a style symbol or protection against hazardous activities when dealing with chemicals, experiments with fire etc.

But as change does not stop, with the advent of computing technology, we find those same eye glasses being transformed into what Google calls "Google Glasses" - the future glasses. With these you can now record video on the go, read text messages sent by friends, browse the web for any information, connect to your smart phone or find the nearest restaurant or market. All this by just wearing those stylish glasses made by Google. They really don't look like glasses but still very much imitate its style.

What more are eye glasses going to do for us?

We started off with vintage cars driven by horses, then converted to steam which evolved to petrol and diesel driven ones over the years. But as we are aware, natural resources are scarce and the present ones have contributed to tons of carbon polluting the air we breathe. Further, since its inception, cars are being driven by humans. This causes huge amount of time and resource wastage at their productive end. Humans are also prone to mistakes which cause accidents.

So the future is looking at development of driverless cars which will save us time, resource and energy. We already have pilotless planes in the form of drones. In Australian mines we are already using remotely controlled driverless trucks. But on the road where hundreds of vehicles are working their way out, it is pertinent to think about ways which can cause minimum losses.

So here we have Driverless Cars. These cars will have sensors which can detect movement within a particular range, work out their way using laser technology and GPS while it will help humans relax and utilize their time in finding better solutions. The age of driverless cars is not very far off. The development is going on and probably in the next 15 years we should be having such cars as commercially available.

With production of cars at an astounding pace and the purchase of them at the same rate, the economy is turning turtle. Although the growth of the economy is taking place, with every car being churned out, space for these vehicles to ply is reducing. We had cities which were first free of any space crunch, but now that is history. Small towns are being engulfed at the same rate by these vehicles. Where once we had space for people to walk around, cars are filling up those spots. Although these cars with their variety in designs and colors make the city landscape look different, the slow movement makes it difficult to imagine a future with them.

While the roads become overcrowded by people and cars, we have to find ways of beating this. So thus, we have the concept of flying cars being developed. Right now development by NASA, in future these could be solar powered, nuclear fuelled or having some other fuel technology which could power them to get us to our desired destination. Just imagine what these kinds of cars can do to us in future. Where we now tread on land on our day to day business, flying cars could be a revolution where traffic jams could become a distant past.

Its been a long ride to the way we have used print technology. We were with the letter press, dot matrix printers, bubble jet printers, laser printers, offset printers and so on. But what we did till today was work on flat technology which was only intended towards the thought process of printing to read. Also first printing was restricted to commercial transactions and then it became a household business which now has been converted to a household want.

3D printing is already available for use and will change the way we look at product technology in future without being subject to dices for making samples anymore.

Use of Multi languages!

The world is a small place or a tiny village as they call it. Yet, we have hundreds of languages in this world. Every major country has its own specific language which is again sub-divided into its own basic languages which differs within themselves between miles. It is a difficult job to understand this diversified variety and behave like a commoner in this tiny village. Communication is the bane of all human interaction and with this wide variety it could take ages to understand each other.

Yet, technology is now proving to be a turning point in the discovery and recognition of other languages. Computing technology is making it easy for us to understand each other fast. Already Google helps us in translating various languages whenever we want to. Still the challenge is to understand it on the go.

The future will see us communicating in our own languages but still being understood by others, where tiny ear buds could help us convert any language into our own for better understanding. These tiny buds could be the help that anyone could want when communicating on the go with people around the world. Just customize these buds into the country language that you are communicating with and you could be ready for them. How easy will it become to understand each other when these can be made available? Will it not make our world tiny?

Future Food for Your Fitness!

Food is something that all humans crave for. While junk food is on the increase, the advent of healthy food is on the decline. We eat processed food all the time and our body keeps on wanting more and more. When we have more, it is associated with inherent problems like becoming obese, getting diabetic, kidney disorders, liver damage, gastroenteritis etc. Also at the rate ar which population is growing, very soon it will beat food productivity rates. What then is the best solution for all these?

We have all seen people in space missions have their own kinds of processed food due to space shortage and long time periods as they are not connected to earth and its growth for a long time. When time demands we have to create stuff which we can use over time, yet stay healthy.

So here we have food capsules in the future which can last through time, provide us enough power to help us take care of our daily vitamin and protein requirements, help us stay fit and healthy, reduce our food cravings and can be used anytime. Just pop in one of those and be set to work out and work through the day. How zat!!

Finally, from old age phones where we had one piece on the ear and another one on the mouth for talking, to the digital desktop phones to the smart phones, it's now the turn of transparent glass devices which do it all in the future.

Wherever you are, you can just lift your phone, turn it into a large sized movie theatre, create your own size photo album on the wall or the table, do business at the flick of taps, get informed of events much before of what is going to happen, stay in touch over different devices, stay synced with turn of events. Imagine what your world can become if one day you only had smart devices connected to your bathroom mirror, your bedroom walls, kitchen table, refrigerator door or your main door of the house.

Have a look at the video to get a first hand feeling!

Coming in round the corner is the bendable glass via the OLED technology and the first guys to get them here is Samsung. Televisions and mobile sets are being mooted and very soon we will have the first ones here.

Some Future Products for you! 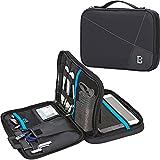 What Do You Think!!

Is growth of technology harmful to the future of human society?